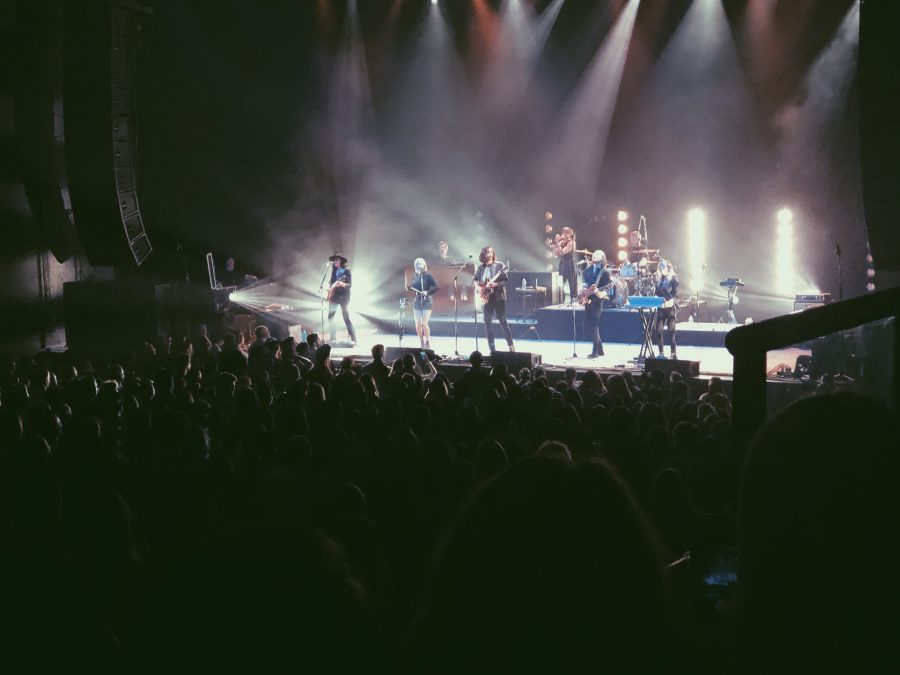 Processed with VSCO with p5 preset

For the most recent issue of the Old Gold & Black, I wrote a review of Irish singer-songwriter Hozier’s new album Wasteland, Baby! I praised his lyricism and his ability to blend genres to create his own recognizable sound. Additionally, I commented on Hozier’s new willingness to exist in the liminal space between hope and despair and how it has added a layer of depth to his music.

On March 16, I had the opportunity to attend his concert in Raleigh. I went in with high expectations, and I was blown away by his ability to perform live, his engagement with the audience and his stage presence. I have been to several concerts, and this one was my favorite by far.

The opening act was Jade Bird, an enthusiastic singer-songwriter from the United Kingdom. Although I felt that her lyricism did not compare to Hozier’s intricate and poetic lyrics, I was impressed by her raw talent and her energy. I am looking forward to following her career.After Jade Bird’s set, Hozier opened the concert with “Would That I,” a folk-influenced song with a soaring chorus. He performed several songs from both of his albums, including favorites “Take Me to Church,” “Nina Cried Power,” “Shrike” and “Almost (Sweet Music).” The encore was one of the highlights of the concert. He performed “Cherry Wine” without his band, which was one of the most beautiful, striking and poignant moments of the concert. He and his band closed with “Work Song,” one of my all-time favorite tracks. I was thrilled to hear it live and was not disappointed.

There were several special moments during the concert, including his comments about the title track of his sophomore album, “Wasteland, Baby!” He described the last time he performed in Raleigh, when the concert was almost rained out. That night after the concert, he began composing a guitar piece called “Rain over Raleigh,” which ultimately became the foundation of the song “Wasteland, Baby!” He played us the phone recording of “Rain over Raleigh,” which was a beautiful experience.

Additionally, we had the opportunity to sing “Happy Birthday” to him because his 29th birthday was the next day. These experiences made the concert unique and special.

Before his last song, he introduced each of his band members by name, which showed his appreciation and respect for them. I cannot overstate how phenomenal his band was. The background vocals and the instruments were gorgeous and energizing. Although he is immensely talented, Hozier could not have pulled off the concert without his band.

Because Hozier and his band looked like they were having a blast, the audience had a blast as well. I left the concert even more convinced that Hozier has a very promising career ahead of him. In addition to his talent as a songwriter and performer, his willingness to explore the darkest and the happiest parts of life, sometimes at the same time, solidifies him as one of this generation’s brightest talents. I wish I could relive the concert; it was truly a wonderful experience.