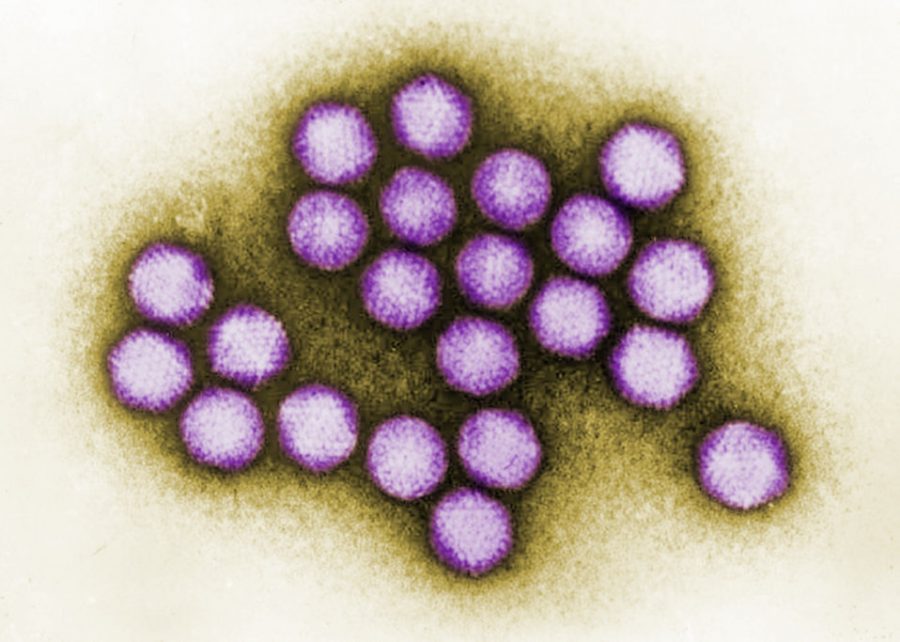 Jason Gagliano, a current Ph.D. candidate at Wake Forest, described his research to approximately 25 students and faculty in Winston on March 25. Gagliano has a background in biophysics and has previously conducted research with the Wake Forest Department of Physics.

He also has a master’s degree in Science Education from the State University of New York College at Brockport and is currently the coordinator of the analytical lab at Forsyth Technical Community College.

Gagliano’s talk, “Ribosome profiling of late adenovirus-infected cells reveals ribosome stacking on the 5’ untranslated region of messenger RNA translated by shunting” outlined work that he has done on adenoviruses with Jim Curran in the biology department and David Ornelles in the Wake Forest School of Medicine.

Adenoviruses are common viruses that can cause symptoms like sore throat, pneumonia and pink eye in humans and can be more serious in people with weakened immune systems.

An adenovirus replicates by entering the host’s cells and then “hijacking” the cellular machinery to create its own DNA and proteins and eventually build more of itself. Gagliano focused on the last of the three stages of viral infection, where the adenovirus uses the host cell to translate its own genetic code and make viral proteins.

Translation involves a piece of cellular machinery called a ribosome, which uses messenger RNA (mRNA), containing code copied from DNA, as instructions for assembling a protein.

Adenovirus is able to create preferential translation of its own mRNA, meaning the viral mRNA is translated far more than the mRNA of the host cell, resulting in more viral proteins and less host proteins.

Gagliano investigated how this preferential translation happens and the role of ribosome shunting in this process. Shunting is when a ribosome physically skips over the untranslated 5’ end of a mRNA strand, which is a region that normally helps to regulate translation. By shunting over this untranslated region, the adenovirus promotes more efficient translation of its own proteins, and Gagliano wanted to understand how this works. His research has led to a new model for understanding shunting, as well as a new fully annotated adenovirus reference genome and transcriptome, which Gagliano is currently working to finish.

“From my own background, I thought the new reference genome was cool,” said graduate student Ellen Weinheimer.

Weinheimer works on genomics in the Pease lab, and she explained that finding and developing a good reference like the one Gagliano created can be difficult.

When asked whether his work on ribosome shunting could actually help treat adenovirus infections, Gagliano pointed out that using the transcriptome (all the mRNA expressed from an organism’s genes) to find new drugs is a growing field.

“I do think that maybe the translation system could be used,” he said. “Generally they work on replication, but I think translation could also be a target.”

Regardless of future medical applications for Gagliano’s work, research into adenovirus and its mechanisms of replication is already important today for both scientific knowledge and human health. Gagliano hopes that the new reference he created will make work like this easier for future investigators in the community.