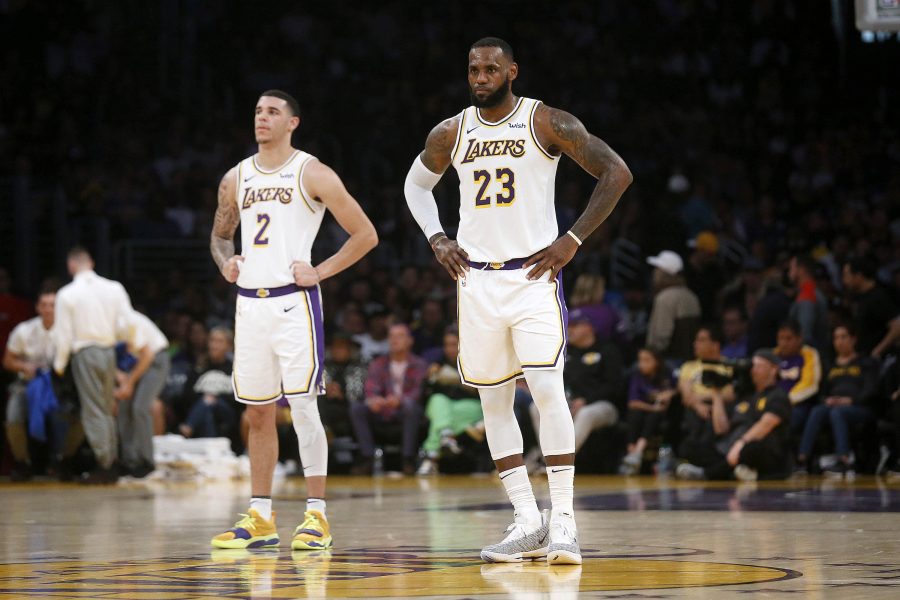 As LeBron James fell down and stepped on the baseline in the last 20 seconds of the game, the chance of the Lakers making the playoffs officially slipped away.

The loss also ended a playoff run for James. The last time the 34-year-old forward missed the playoffs was the 2004-05 season, when the Lakers’ head coach Luke Walton just finished his second NBA season as a Laker.

It was a close game against the Nets for the Lakers until the Nets’ 3-point shooters stepped out and took over the game in the last minutes. Former Lakers guard D’Angelo Russell made a 3-pointer with defense on his face and then DeMarre Carroll as well as Spencer Dinwiddie came off the bench to hit the 3-pointers.

Despite the fact that James answered with a clutch three-pointer and the Lakers closed the game into three points, James slipped in the following possession and stepped out of bound with 20 seconds remaining. Eventually, the Lakers lost for the fifth game in a row.

Lakers’ center JaVale McGee played an outstanding game despite the loss, scoring career high in both points and rebounds with 33 points and 20 boards. James had an all-around performance with 25 points, nine rebounds and 14 assists, but he had a rough shooting night with eight shots made out of 25 attempts.

For the Nets, every player contributed as Nets’ guard Russell led the team with 13 assists. The 3-point contest champion Joe Harris continued his 3-point performance with six made out of eight attempts, and he scored 26 points in total. Dinwiddie and Ed Davis were active off the bench, scoring 33 points and 18 rebounds combined.

Throughout the season, injuries and trade rumors were two big obstacles for the Lakers. Back in January, James suffered a groin injury and missed almost 20 games. Before the injury, the Lakers were at the fourth spot in the Western Conference, and they were out of the playoff spots when James returned.

The young core of the Lakers was injured consistently as well. Second-year point guard Lonzo Ball was out for the season due to ankle injury, and the Lakers’ defense dropped almost 20 spots without him. A second-year guard also, Josh Hart suffered a back injury and knee injuries and under-performed.

Third-year forward Brandon Ingram was dealing with a worse injury. Throughout the year, he was dealing with a deep-vein thrombosis in his arm. Previously, he was out for two games due to a sore right shoulder, and now he is expected to miss the remainder of the season.

Besides injuries, the young core of Lakers was involved in trade rumors for Pelicans’ forward Anthony Davis. Kyle Kuzma, the second-year forward of the Lakers, once revealed that he was stressed out in the last few days before the trade deadline ended, and his concerns affected his performance on court a lot.

The good news for the Lakers is that veteran forward James can finally rest his body for a fairly long time during the offseason. In the past years, James has reached the playoffs for the past nine years, playing about 20 extra games a year. As he is getting older, he will need more time to take care of his body and get ready for next season.