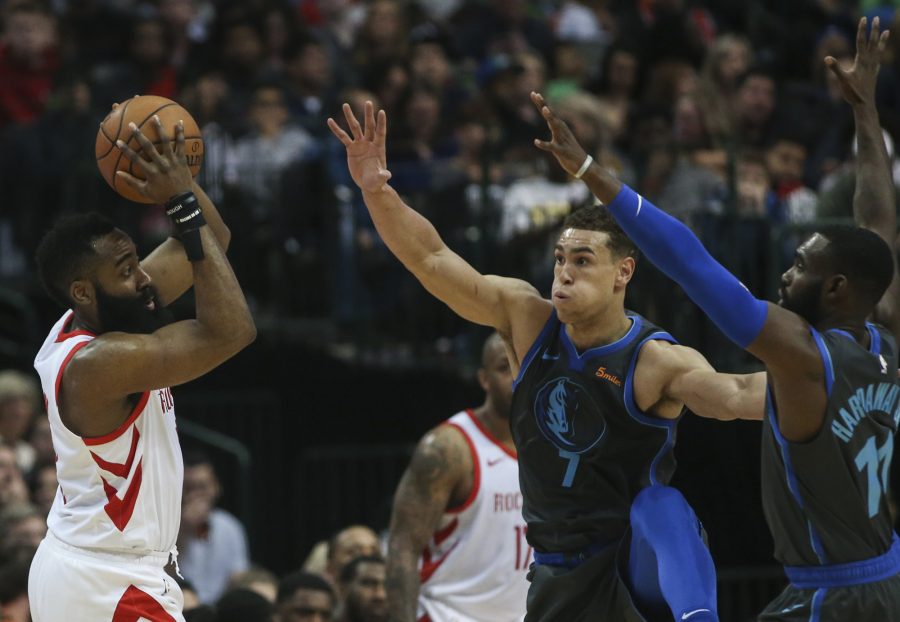 The 2018-19 NBA regular season is closing up within a week, but the winner of Most Valuable Player (MVP) this year remains debatable.

According to the NBA’s MVP ladder of week 25, Giannis Antetokounmpo of the Milwaukee Bucks was on top of the chart, and James Harden of the Houston Rockets was second. Giannis and Harden both had quality game performances throughout the season, and both of them have strong reasons for winning the MVP.

The Bucks, the top seed of the Eastern Conference, went head-to-head against the third-seeded 76ers last week. The score remained close between the two teams, but Giannis singlehandedly led the team to victory by scoring 45 points on 22 attempts along with 13 rebounds, six assists and five blocks.

Giannis’ performance mirrored his efforts throughout the season. Nobody was able to stop him when he drove into the paint, and he is still developing his mid-range and 3-point shots to improve his offensive play. Moreover, his 6’11” height and 7’3″ wingspan allowed him to guard any position on the court — in the game against the 76ers, Giannis blocked 76ers’ All-Star center Joel Embiid four times.

Up to week 25, Giannis averaged 27.7 points, 12.5 rebounds, 5.9 assists, 1.5 steals and 1.3 blocks, and he led the Bucks to achieve the best record in the league. His all-around performance and the team record allowed him to remain on top on the MVP ladder near the end of the season.

Giannis would have clinched the MVP title already if there was no Harden. The defending MVP has broken so many records this season, averaging an astonishing 36.5 points, 7.5 assists, 6.5 rebounds and 2.1 steals.

In the game against the Kings on March 30, Harden led the team to victory with 50 points, 11 rebounds and 10 assists. How many times has he scored at least 50 points this season? Finding it hard to count is the reason why he also deserves the MVP award.

For the eighth time this season, Harden scored 50 plus points to win the game. He has proven that scoring was not hard for him, and he kept proving that leading the team to win games was not hard either. The Rockets struggled in the first half of the season, but Harden carried the team to the third spot in Western Conference.

In the last three games against the Knicks, Clippers and Kings, the Rockets scored at least 120 points and won by at least 25 points. With various Rockets’ players coming back from injuries, Harden didn’t need to score 50 points every game to win.

Besides Harden’s offense, he averaged 2.1 steals this season, ranked No. 2 among all the players. During the early stages of his career, he was criticized for a lack of concentration in the defensive end, but now he is a qualified defender on court. His assist ability was on top of the league and was another reason for him to be a competitive MVP candidate.