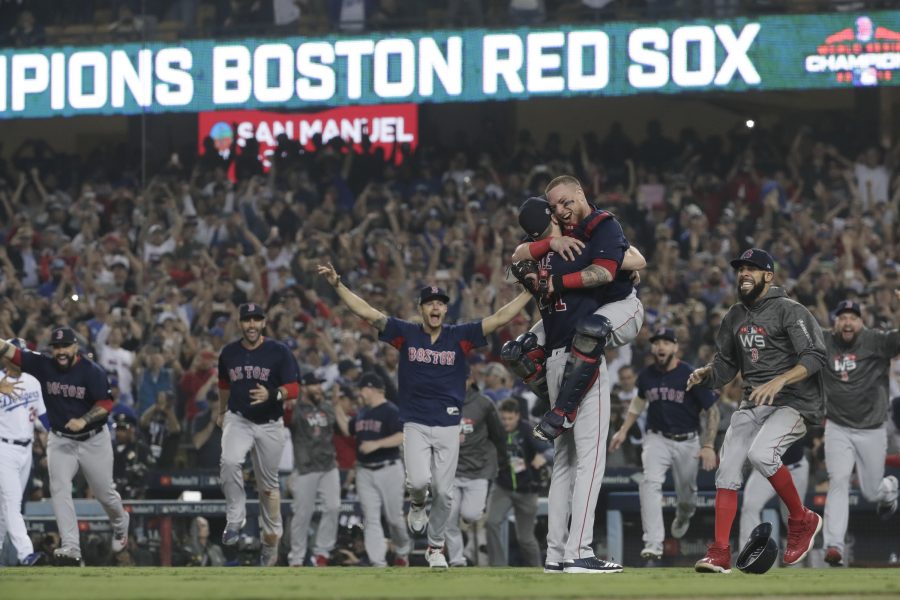 The reigning World Series champion Boston Red Sox entered the 2019 season with lofty expectations and with good reason. All the key pieces from their juggernaut 2018 offense returned for this season, and Boston believes the talents of 2018 AL MVP Mookie Betts challenge those of preeminent superstar Mike Trout.

On the pitching side, their ace Chris Sale figured to be among the best arms in the game. So this offseason, Boston signed Sale to a five-year, $145 million contract that most considered money well spent. In his first three 2019 starts, though, Sale has been abysmal, and, ignoring the small sample size disclaimer, there are legitimate reasons for concern.

Through his first three starts, Sale’s average fastball velocity plummeted from his 2018 figure. His four-seam fastball devastated hitters last season, coming in at an average speed of 95.2 mph. This season, his four-seamer has averaged an alarmingly-slow 91.1 mph. Pitchers tend to gain a tick or two as the season progresses and they reach peak pitching shape, but a velocity drop of more than four miles per hour points to a more serious issue of some kind. Perhaps something is awry mechanically, but a velocity loss of this severity definitely merits injury concerns.

With his loss of velocity has naturally come a loss of effectiveness. Through three starts, Sale has only pitched 13 innings and carries a 9.00 ERA. Bad luck does not seem to be the logical explanation either, as the .279 BABIP hitters have against him is actually below his career average of .291.

His xwOBA against — which uses exit velocity, launch angle and other batted-ball data to determine the expected result of balls in play — currently stands at .371. For context, the Astros’ Alex Bregman had a .377 xwOBA in 2018, and Bregman finished fifth in AL MVP voting. In short, Sale is getting knocked around.

All of his struggles seem to start with his fastball, which hitters currently are hitting .500 against with a stunning 1.286 slugging percentage. In 2018, hitters swung and missed at 28.7 percent of his fastballs, and this season hitters have whiffed on just 3.7 percent.

After his most recent start on Tuesday against the Blue Jays, Sale recognized his early troubles, per MassLive.com: “I don’t know if I’ve ever pitched like this in my life,” Sale said.

If the Red Sox want to become the first team to repeat as World Series winners since the “three-peat” Yankees of 1998-2000, Sale needs to find his old form quickly. With their rival Yankees and the sneaky-talented Tampa Bay Rays both in position to finish atop the AL East in 2019, the Red Sox cannot afford to concede early-season wins for much longer.

If Chris Sale’s difficulties prove to be a minor hiccup, Boston should be around in October, but if Sale goes down with an injury or never finds answers on the mound, the Red Sox could find themselves in real trouble.