From Worst To First: The Virginia Cavaliers 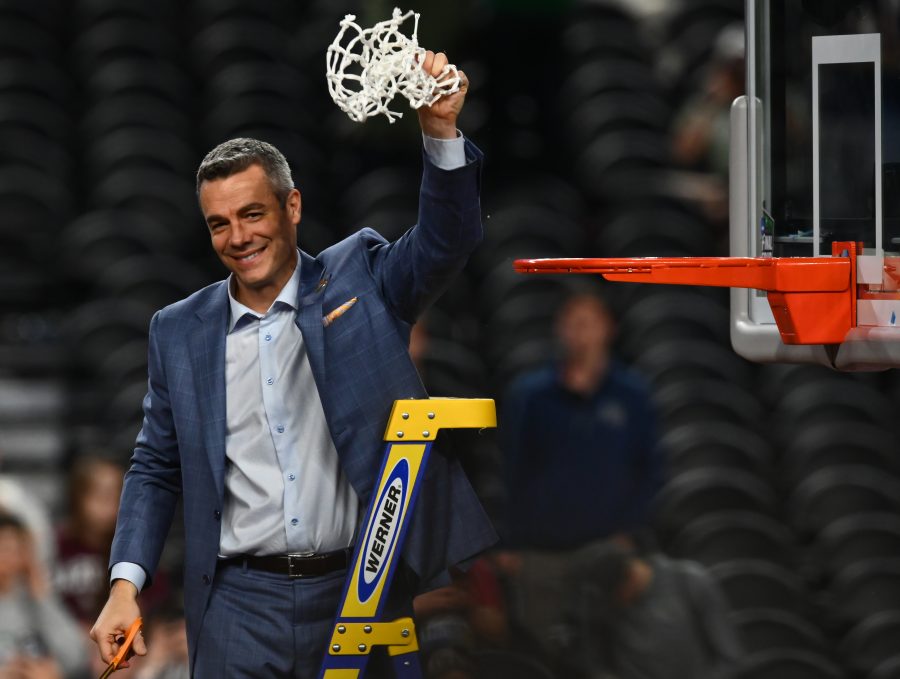 From the lowest of lows to the highest of highs. From crushing, shocking defeat to the mountaintop of collegiate sports. To fully comprehend Virginia’s national championship and the path they took to get here, one must venture back more than a year.

This story begins on March 16, 2018. The Virginia Cavaliers entered the 2018 NCAA Tournament as the No. 1 overall seed. On that Friday night a year ago, the Cavaliers played the No. 16 University of Maryland-Baltimore County Retrievers. Until that March night, no 16-seed had ever defeated a 1-seed in the 33 years since the NCAA expanded the tournament to 64 teams in 1985.

But that night changed everything. UMBC not only beat UVA, but they crushed them, winning 74-54, outscoring Virginia by 20 points in the second half after going into halftime tied. UMBC played exactly how a team must play to defeat UVA — they poured 3-pointers over Virginia’s pack-line defense, controlled the tempo of the game and got out to a lead that Virginia’s latent pace was unable to overcome.

The loss was crushing, shocking and embarrassing for Virginia, a school whose basketball program had been as dominant as any in the regular season over the past half-decade but had failed to achieve tournament success during head coach Tony Bennett’s tenure. After a number of crushing defeats in prior tournaments, this was the cherry on top for critics of Virginia and its style of play. This loss to UMBC solidified in people’s minds that Virginia’s slow pace, its defensive focus and its inability to overcome large deficits due to its slow pace and lack of offensive fire-power would make it impossible for them to achieve tournament success.

But this loss was not the end of Virginia’s story and instead was just the beginning of where its fairy-tale story began. A loss of this magnitude easily could have been the end of UVA’s run of success under Bennett. It wouldn’t have been surprising if players transferred or left for the NBA, but instead, every eligible player from last year’s team returned.

Virginia was fantastic again all season. They entered ACC play undefeated and only suffered two regular season losses — both to Duke — and did not lose their third game until the ACC Tournament to Florida State — their final loss of the season.

After their regular season came the NCAA Tournament, in which they hoped to avenge their historically early exit from a year prior. But their unbelievable run did not come without scares and luck. In the opening round, Virginia fell behind by 14 to No. 16 Gardner-Webb in the first half. Yet, when they could have crumbled again, they came back and won by 15.

Their Elite Eight game against Purdue was one of the tournament’s best, as UVA’s Kyle Guy and Ty Jerome went back and forth with Purdue’s Carsen Edwards who had 42 points. On the brink of defeat, trailing by two following a Jerome-missed free throw in the final seconds, the Cavs got an offensive board that resulted in a buzzer-beating floater by Mamadi Diakite to force overtime, where the Cavaliers wound up winning to advance to their first Final Four since 1984.

In its Final Four game against Auburn, Virginia narrowly escaped defeat yet again. They led by 10 points with five minutes remaining, but Jerome picked up his fourth foul, which led to a five-minute scoring drought for UVA, and Auburn took a 61-57 lead with 17 seconds left. But they refused to crumble again. Guy drilled a three with seven seconds left to cut it to one. Then he was fouled with 0.4 seconds remaining and hit all three free throws to send UVA to the championship against Texas Tech.

The championship game was a continuous back-and-forth between the nation’s top two defenses. The Cavaliers led for much of the second half, but Tech continued to creep back into it and eventually forced OT, where UVA went on an 11-0 run to win the school’s first national championship 85-77.

Virginia’s championship run was a truly storybook ending. A year after the biggest upset in NCAA history, a team that could have crumbled at any moment escaped defeat on countless occasions and proved to be the nation’s toughest team. They emerged from the lowest of lows a year ago to the highest of highs in 2019. It’s the stories like these that make sports so great.