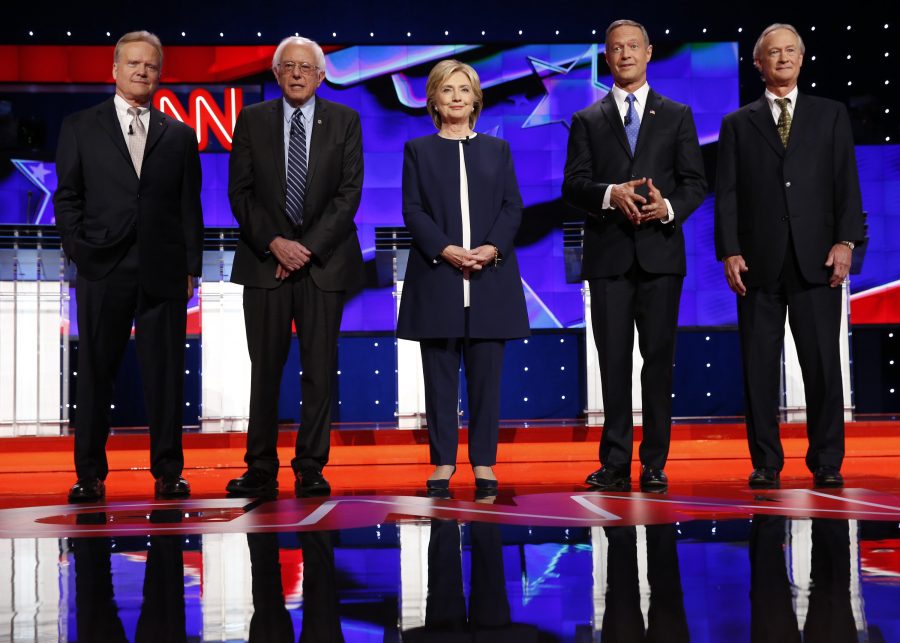 The Oct. 13 Democratic debate in Las Vegas reflected how the Democratic Party is advertising nonsensical policies to win over voters.

The debate quickly turned into a contest over who was the most radically liberal, and, as Marco Rubio pointed out, each candidate vied over who could “give away the most free stuff.”

The candidates waved promises of free health care and free college education for illegal immigrants, but provided little insight into how they would accomplish this besides establishing new taxes.

The candidates showed how the Democratic primary race will be a race to the left to see who is the most pro-big government.

Hillary Clinton was able to dodge attacks about her email scandal and her tendency to flip-flop on policy.

When Anderson Cooper asked her, “Will you say anything to get elected,” Clinton responded with “Well, actually, I have been very consistent. Over the course of my entire life, I have fought for the same values and principles, but like most human beings — including those who run for office — I do absorb new information. I do look at what’s happening in the world.”

Clinton’s response was eloquent, and a perfect politician’s response, but it still might not be enough to convince voters. Clinton has a track record of switching her views from the less popular position to a more popular one.

For example, she has switched from opposing gay marriage to supporting it. Clinton seems to be switching her views in order to come off as more liberal than Sanders, who seems to be her biggest threat.

Sanders did not shock anyone at the debate. He stuck to his “democratic socialist” views, and blamed almost every problem on the “1 percent.”

His constant blaming of those who pay for 68 percent of the federal income, however, might not be enough for voters to look past his socialist title and dethrone Clinton.

Sanders also missed out on a key opportunity to attack his rival; when asked about Clinton’s email scandal, he stated that “the American people are sick and tired of hearing about your damn emails.” The remaining three candidates all lacked breakout moments and showed how the Democratic primary race will come down to Clinton and Sanders. Jim Webb’s stance on gun control showed how he has zero chance of getting the nomination.

Webb took a rather conservative stance on the issue, agreeing that people have the right to defend themselves but the government needs to do a better job in keeping people with mental illness away from guns. Webb’s party has moved so left that he would be better off running for the Republicans. Perhaps changing parties, like his fellow candidate Lincoln Chaffee, would be the right move.

Unable to come up with an adequate response, Chaffee hurt himself badly when Cooper grilled him over his history of switching parties.

Martin O’Malley certainly did not hurt himself, but he did not help himself, either.

He desperately needed a breakout moment but just could not provide one that would convince voters that he is a serious candidate.