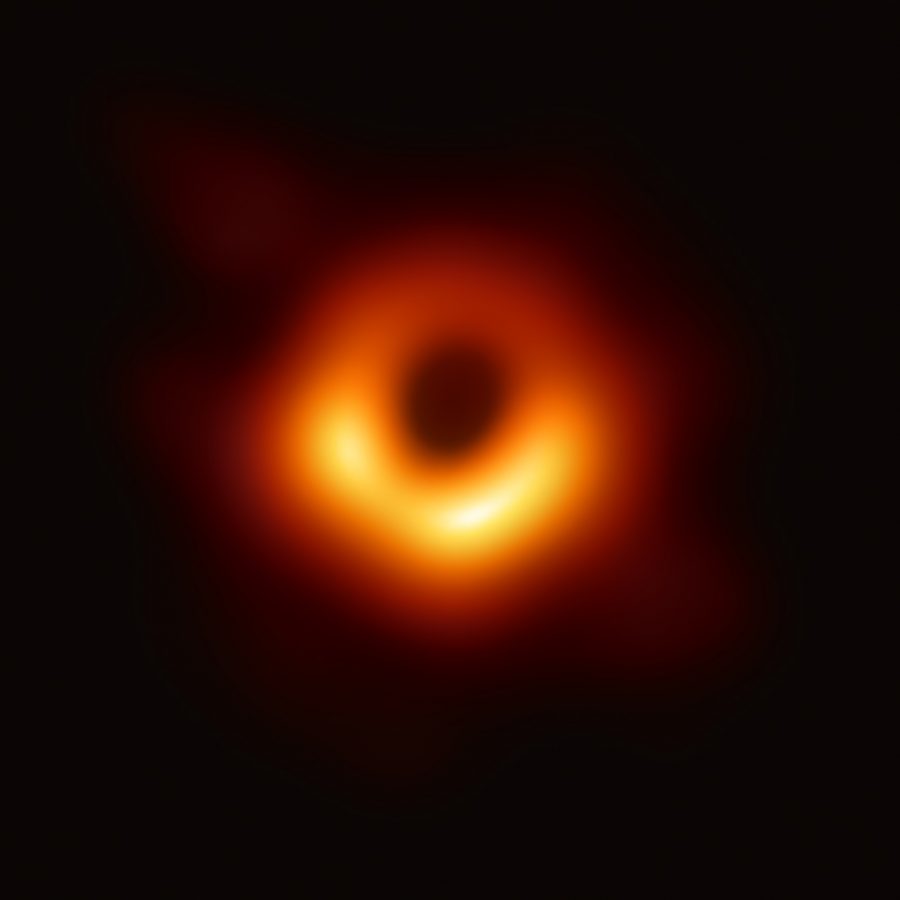 Recently, scientists captured the first image of a supermassive black hole, marking the successful culmination of a global scientific project referred to as the Event Horizon Telescope. This has far-reaching implications for the scientific world, especially in the field of astronomy.

Within the Wake Forest Department of Physics, professors Paul Anderson and Eric Carlson commented on the groundbreaking nature of this particular astrological achievement.

“Astronomers have had very strong evidence for a long time that black holes exist, but this is our first direct observation of the region close to the event horizon, which is the boundary between where light can and cannot get out,” said the professors. “They will soon also have images of the supermassive black hole in the center of our galaxy.”

A black hole is a region in space that has such a high density and strong enough gravitational pull that light is incapable of escaping it. Black holes typically form when supernova explosions occur, forcing a large star to collapse.

Scientists have long supported the existence of black holes with strong evidence, which consists of orbiting stars and gas clouds around the black hole, matter progressing in motion toward the event horizon and emittance of gravitational waves from the collision and subsequent unification of two previously separate black holes.

To uncover more about the captivating natural phenomenon of black holes, astronomers have focused their research and the efforts of the Event Horizon Telescope on two notable black holes.

Scientists were unable to capture a clear picture of the first black hole, Sagittarius A*, which has a thick and hazy layer of dust and superheated gases that envelops and obscures this black hole.

However, the latter black hole was recently captured through advanced imagery technology, decades after its initial identification by scientists in 1918 through the discovery of a streaming jet of particles that the black hole emits from within M87. This particular black hole is unique because it is a supermassive black hole that is seven billion times more massive than the sun.

Eight radio telescopes operated by a group of astronomers were situated in six different locations, including Spain, Arizona, Hawaii, Mexico, Chile and Antarctica. These radio telescopes, which had enough sensitivity to record daily variations in M87, observed the black holes during a period of 10 days in April of 2017.

Physics professor Jack Dostal explained the applications of innovative technology, like the millimeter-wavelength telescopes that contributed to the success of the Event Horizon Telescopes’ goal to capture an image of the M87 supermassive black hole.

“The image observed by the EHT was consistent with the predictions for a rotating black hole, otherwise known as a Kerr black hole,” Dostal said. “This is an impressive result showing how millimeter-wavelength astronomy can test general relativity. Millimeter-wavelength telescopes observe at the very edge of the infrared spectrum, often referred to as far-infrared.”

As each telescope observed the black hole with the improved technology providing the capability for detailed observations, the collective data and observations from the individual radio telescopes were then synchronized in order to produce a complete image of the black hole.

Dostal commented on the importance of forming an international consortium that collaboratively progressed toward this remarkable scientific achievement.

“The observation of the black hole highlights the critical nature of international collaboration in science,” Dostal said. “The Event Horizon Telescope, which observed it, is actually a consortium of observatories in several countries, among them Chile, Mexico, Spain, France and the United States. Without a cooperative effort, this science isn’t possible.”

Through this global initiative to photograph the supermassive black hole, scientists aimed to answer two questions of whether the photography would be possible and if Albert Einstein accurately predicted the behavior and existence of black holes and their respective event horizons nearly 100 years ago.

The first question was answered in the affirmative with this image, as  it showed that the synchronization of data collected from across the globe can help make it possible.

The results of the Event Horizon Telescope also supported Einstein’s theory about the existence of black holes that contain an event horizon, or the point beyond which nothing can escape, and his theory of general relativity, or the prediction that gravitational waves will be generated by massive objects in space.

Carlson and Anderson explained the impact that this discovery has on the scientific community.

“This is the first direct evidence we have that, as predicted, light cannot escape from inside the event horizon,” Carlson and Anderson said. “There will likely be more detailed observations of this black hole and others in the future, and these can help to distinguish between Einstein’s theory of gravity and competing theories, which predict that black holes do not exist.”

Although this supermassive black hole resides nearly 55 million light-years from Earth at the heart of another galaxy, the successful imagery of what appears to be merely a black blot surrounded by an illuminated halo has extensive implications for human comprehension of the universe and theories regarding its operation.