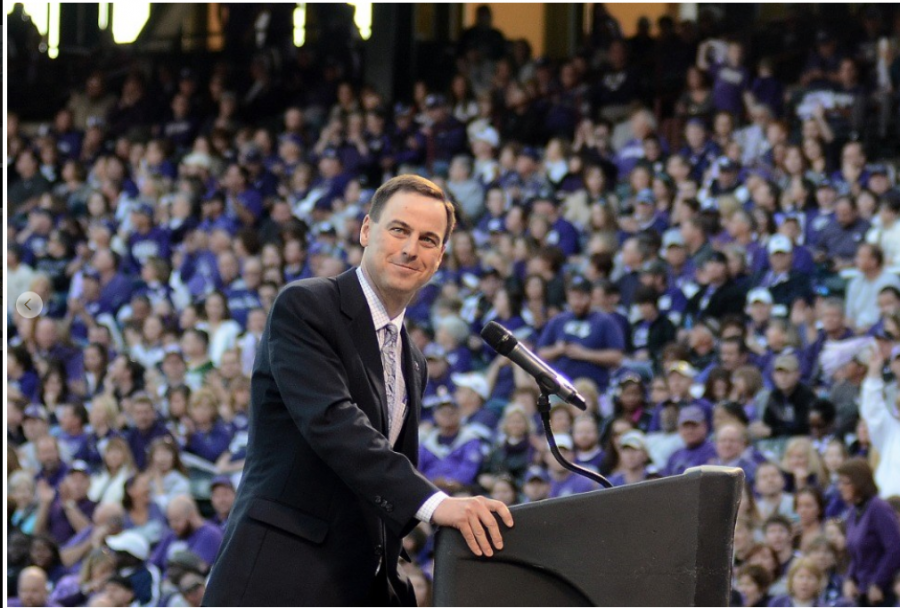 An alumnus of the Wake Forest class of 1993 and Deacon Club intern that same year, John Currie’s whole life has been outlined in old gold and black. Currie rose up the ranks to Deacon Club assistant director the following year, a position he held until 1994.

Currie was one of the first people outgoing Athletic Director Ron Wellman met upon arrival in Winston Salem in 1992 and will leave as his mentee. Currie looks to build on the successes of his predecessor university and contribute to the ongoing victories in facilities, athletic performance and academic achievements.

Samantha Wexler: What are you most excited for as you enter your tenure here at Wake Forest?

John Currie: I am very excited to be around great people — the people of Wake Forest and the Winston Salem community, our student athletes, our students. President [Nathan] Hatch has a terrific leadership team, and it has been really fun to engage with our vice presidents, Dean [Michele] Gillespie, Penny Rue and other folks on campus.

SW: What are you doing right now in your transition?

JC: Currently, I’m advisor to the President, I’m not the Athletic Director. Ron [Wellman] is still the athletic director. Ron’s been terrific about enabling me to have full access to the staff; he has encouraged the staff to visit with me. I think that shows his leadership. Transition and succession planning is the ultimate test and sign of great leadership, and I think Ron and President Hatch and the board have shown that in how thoughtfully they’ve gone about this process. Right now, what I’ve been able to do is spend as much time as I can getting to know our people. I’ve had individual meetings with almost all of our head coaches according to their schedules. I do a SWOT — strength, weakness, opportunities and threats — worksheet analysis that I ask those coaches and staff to fill out. I’m working my way through all of our assistant and associate athletic directors in individual meetings. Really just getting to know our people. We are always going to strive to have great facilities and all, but the most important thing for an athletic program and an institution’s success is having great people.

SW: You have deep ties to Wake Forest. Did you always think you could end up back here?

JC: Well, when I first started as Deacon Club intern on August 16, 1993, I would say that I didn’t really think about someday being the athletic director at Wake Forest. I mean, the idea of me being Ron, who was the new athletic director at that point, was not even in my realm of comprehension. I wanted to be Deacon Club assistant director. The way you get to that step is by being great at what you are doing in that particular job. Even though, as an intern, you might not be doing the most important thing for the institution, it is the most important thing that you’re doing. You have to focus on what you’re doing and doing that as best as you possibly can. That was really what I was focused on, but of course, as my career progressed, Wake Forest has always been very special to both my wife and me. She’s a double grad; she was in the first cohort of Master’s in accounting students who did the five-year program in 1996 and 1997. Her grandparents lived here for 50 years, she kind of grew up here, coming here to see them. This has always been a very special place for us — an aspirational goal. But also, Ron is such a pillar of my life, that I couldn’t have that dream without thinking about him not being in that job, and I didn’t want to think about him not being the athletic director at Wake Forest.