“To The Stars” Is A Must-See Film This Fall 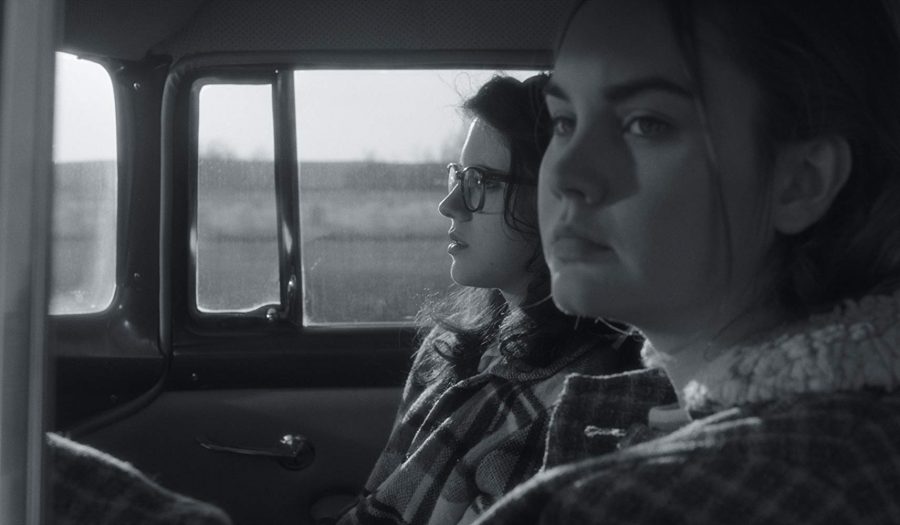 One of the highlights of this year’s 11-day RiverRun International Film Festival was the screening of To The Stars, which premiered at Sundance in January. Directed by UNSCA alumnus Martha Stephens, the coming-of-age drama follows Iris Deerborne (Kara Hayward, known for Moonrise Kingdom), a teenager in small town Wakita, Okla. unfortunately nicknamed “Stinky Drawers” because of her weak bladder.

Although Iris suffers from chronically-low self-esteem, Maggie Richmond (Liana Liberato of 2010’s Trust), the tough new girl from the city with a secret, takes a liking to her. They forge a friendship that ultimately impacts both of them in profound and meaningful ways.

Since there is no trailer yet, that’s about all that I knew going into the film. I’m thankful that the plot wasn’t spoiled for me; although some of my suspicions were true, I enjoyed getting to know the characters as the story progressed. Almost all of the characters, and certainly the female characters, are rich and layered, bringing a feeling of realness to the film. Jordana Spiro is particularly excellent as Iris’ mom, one of the least sympathetic characters on the page. Spiro is able to transform her into a character that is both cruel and pitiful.

The performances as a whole were outstanding, but the film really belongs to Liberato. Maggie is at turns compassionate and cold, edgy and insecure, tough and vulnerable. Liberato infuses her beautiful, deeply moving performance with warmth, earnestness and complexity. Both she and Hayward are artists to watch, and it’s worth going to the film just to see their performances.

The cinematography is gorgeous, and the choice to put the final cut in black and white gives the film a timeless quality. When I see it again, I’ll have the opportunity to pay closer attention to the interesting and unique movements of the camera. In particular, the scenes in the pond, at Iris’ farm house and at Hazel’s in-house salon transport the viewer to Wakita.

In regard to the story, there are clichés in To The Stars, but a film doesn’t have to be groundbreaking to be good. My one drawback is that the events that lead up to the reveal of Maggie’s big secret seem a little bit rushed. However, in a time when film has become more and more cynical, the story and Stephens’ directing is refreshingly sincere. It’s obvious that Stephens and the actors legitimately care about the story and its characters, which makes the film even more endearing.

To The Stars is about loneliness, insecurity, budding sexuality, friendship, family relations and growing up. In short, it’s a really good coming-of-age film and may go down as a staple of indie queer cinema as well. It’s exciting to see a film that was written by a woman, directed by a woman and starring women in general; it’s especially exciting when the film lives up to the hype. When To The Stars hits theaters in the fall, I’d encourage you to see it. I definitely can’t wait until I have the opportunity to see it again.