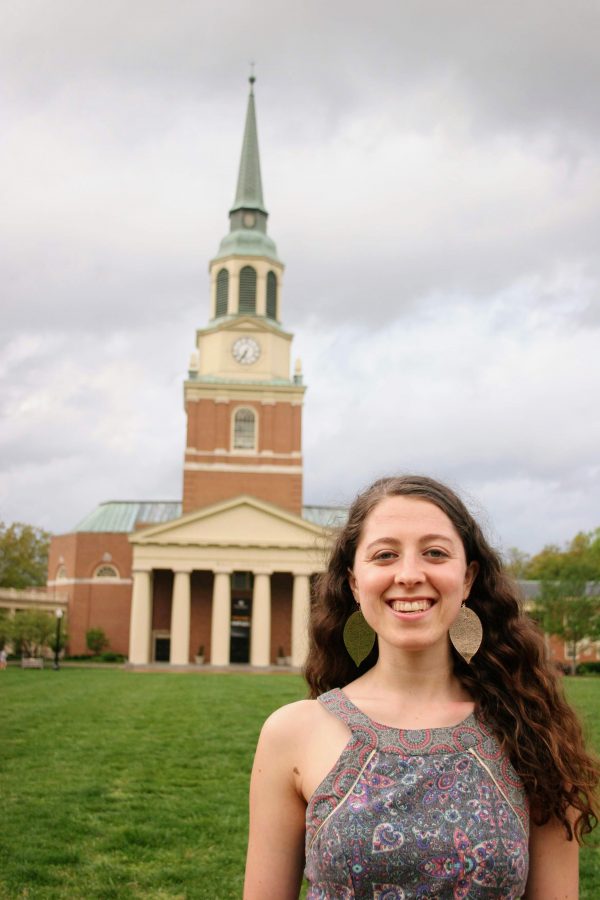 Anna Grace Guercio is a senior from Mint Hill, N.C. In addition to her major in anthropology, Guercio has also majored in Spanish and minored in linguistics. When she came to Wake Forest, Guercio was unsure of what she would major in, although she knew she wished to pursue Spanish. She also knew she had a passion for linguistics, a subfield of anthropology.

Taking divisional courses exposed her to a variety of subject matter and ultimately her classes in linguistics and archaeology elucidated her interest in anthropology, resulting in her decision to pursue a major. The confluence of these factors illuminated “a clear path” for Guercio.

Her experience in linguistics with Professor Billy Hamilton was in large part foundational to her anthropological education, as it affirmed and engaged her preexisting interest in the field owing to the class’s fascinating subject matter and  Hamilton’s professorial acumen.

Guercio’s favorite Wake Forest experience was her time studying abroad with the Southern Cone program in Chile and Argentina. Specifically, she cherished the opportunity to live with a host family, an experience which allowed her grow and learn in a culturally immersive environment.

That she could have such a genuinely immersive experience while also creating lasting friendships with a group of Wake Forest students she hadn’t previously known made studying abroad a highlight of her college experience.

Following graduation, Guercio will work for two years in Tulsa, Okla., with Teach for America, a non-profit organization committed to mobilizing talented educators in low-income communities. Owing to her passion for Spanish and linguistics, Anna Grace hopes to become involved with bilingual education. After Teach for America, Guercio has considered pursuing a career in interpreting, in which her Spanish major is concentrated. She also may pursue a graduate degree in linguistics. Ultimately, she wants to “live in the world and work for a little bit” before she commits to a career.

Regardless of what she pushes professionally, Guercio has gleaned a great deal from her education in anthropology. While she was attracted to anthropology because she felt it aligned with her perspectives and worldview, Guercio emphasizes that her experience in the major allowed her to broaden her perspective and clarify her thoughts and understandings.

Likewise, her anthropological education has enabled her to “act as a better human,” and likewise enables her to engage with others in a more respectful and informed manor.

“I’ll certainly be taking that with me, even if I don’t become an anthropologist, I think the mindset is definitely a big part of me,” she said.