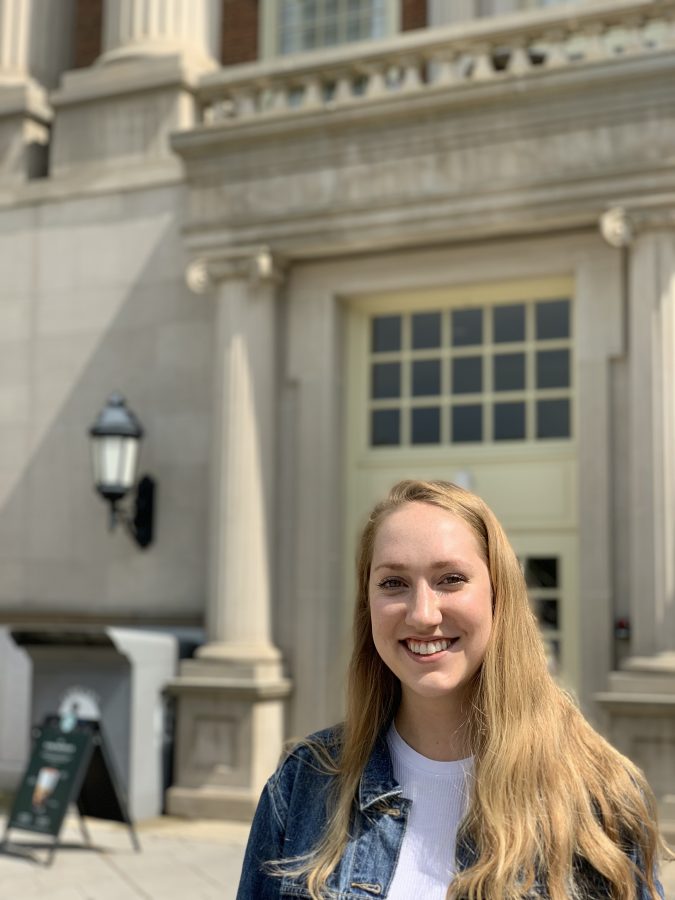 It is not uncommon for Wake Forest students for form close bonds with their professors; for senior Chloe Borden, these relationships were pivotal in her exploration of academia and herself. It was through her relationships that she not only survived what she thought was the hardest class ever, General Chemistry, but engaged in research for that past three years that has set her up to flourish next year researching with the National Institute of Health (NIH).

Her interest in medicine began in her senior year of high school. She originally thought science wasn’t her thing, until she took anatomy. It was here she found her love  of the sciences.

Applying early decision, Borden knew Wake Forest was where she wanted to be.

“On the tour, it just clicked; this was home,” she said.

Her first-year seminar about ethics within the medical field was what built her passion for biochemistry and molecular biology.

From here, it is history. She delved down deeper into the program, but specifically with research.

After one biology course, she reached out to Professor James Pease because his research in bioinformatics.

Her time researching has been very valuable in her studies. Within this, she gives future biochemistry majors  one tip of advice regarding research: “Don’t wait to do research.” Start early, she says.

This is both because research is needed for the major, but also for the relationships between professors and students that forms within it. It was through this work in the lab and the classroom Borden saw “how all the professors really care about and want students to succeed.”

Borden has seen this throughout her time at Wake Forest, especially her current research mentor, Professor Sarah McDonald. McDonald has played a huge role in helping Borden better understand her passion within biomedical research.

But her passions go beyond biochemistry and its related research. For her entire time at Wake Forest, Borden has been part of the Dance Company. Not only did she come as a Presidential Scholar for dance, but she has been a dancer since the age of three.

“I love Dance Company because it’s a group of people that are from different aspects of Wake Forest culture that come together for a love of dance,” Borden said.

From dancing either in company or the minor, she has built a group of friends that has made this campus a home. She adds though, while dance has been an outlet for her, it has also helped her develop skills in research.

“Science in my opinion is a very creative field,” Borden said. “In research you need to think outside the box for new ways to test.”

Beyond her academics, Borden has made friends for life that she loves dearly. While Wake Forest has its problems, it has been a home for her. And while she has mixed feelings about leaving this community, she is excited for the future. Next year, she will be in Bethesda, Md., working in a post-bac IRTA program with NIH. She plans to use the two-year program with NIH as time to figure out what type of graduate school she wants to attend, either medical school or working towards a Ph.D.

No matter what, Borden knows she wants to be involved with medical research in her future. This passion has only grown during her time at Wake  Forest, and while she is not sure if she is ready to leave college, this passion has her “feeling really ready for what’s next.”