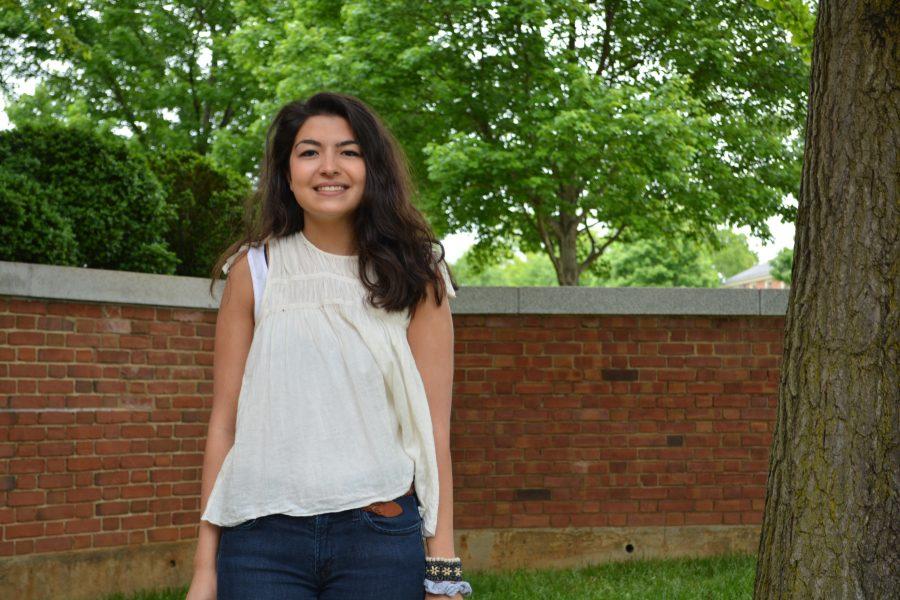 When senior Maria Lagnese set foot on campus for her first year at Wake Forest, she had not envisioned herself majoring in Chinese Language and Culture, as it had piqued her interest back in high school when she took a language class out of curiosity.

At first, she was not even sure if she really liked learning Chinese and pointed to the fact that the first few months can present a steep learning curve for beginners. Now, as a double major in Chinese and Economics, Lagnese proudly looks back to her time at Wake Forest assured that she made the right decision.

“The reason why I stuck with Chinese was because of the community. The professors at the department are amazing and extremely supportive. My fellow classmates have been amazing as well,” said Lagnese. “Also, a lot of Chinese international students, even people I [did not] know that well, have gone out of their way if I have a question.”

Lagnese has been involved within the Chinese studies community, both inside and outside of the classroom. Since 2016, she has served as the treasurer of the Chinese Studies Club, where she manages the club’s finances and promotes cultural activities.

As a treasurer, Lagnese has the opportunity to work on the intersection between her two majors. She says she wants to take advantage of her knowledge in both economics and Chinese to perhaps work in Shanghai or Taiwan in the near future. Professors that have encountered Lagnese tend to agree that she is capable of fulfilling such ambitions.

“I am constantly impressed by the exceptional work she has demonstrated,” said Professor Qiaona Yu. “Maria has also served as an outstanding treasurer of the Chinese Studies Club where she applied global vision, effective leadership, and remarkable peer cooperation skills to timely respond to the emerging needs of diversity and inclusion of our campus.”

“[Lagnese] is a wonderful communicator of ideas, which undoubtedly takes time and effort, because presenting the complex ideas she has mastered with the type of clarity she exhibits takes real dedication on her part,” said Professor Todd McFall from the Department of Economics.

Lagnese has already some experiences living in Taipei, Taiwan, as part of her study abroad semester during her junior year. She took Chinese classes at the National Taiwan University and was also able to intern at the State of Hawaii Office in Taipei, where she translated video clips and news articles from Mandarin to English to promote tourism and higher education opportunities in the state of Hawaii.

A native of Pittsburgh, she will be coming back to her home state upon graduation to work at Ernst & Young’s (E&Y) Philadelphia office as a Transfer Pricing staff member.

She chose that position because it allows her to have job stability working with international business transactions, while also being possibly involved in business projects developed in East Asia. She also envisions herself in the future working with humanitarian efforts or government branches that allow her to have a positive impact on society.

“Possibly down the road, I can see myself maybe transitioning from a corporate position to something more government-based or to a humanitarian cause,” said Lagnese.