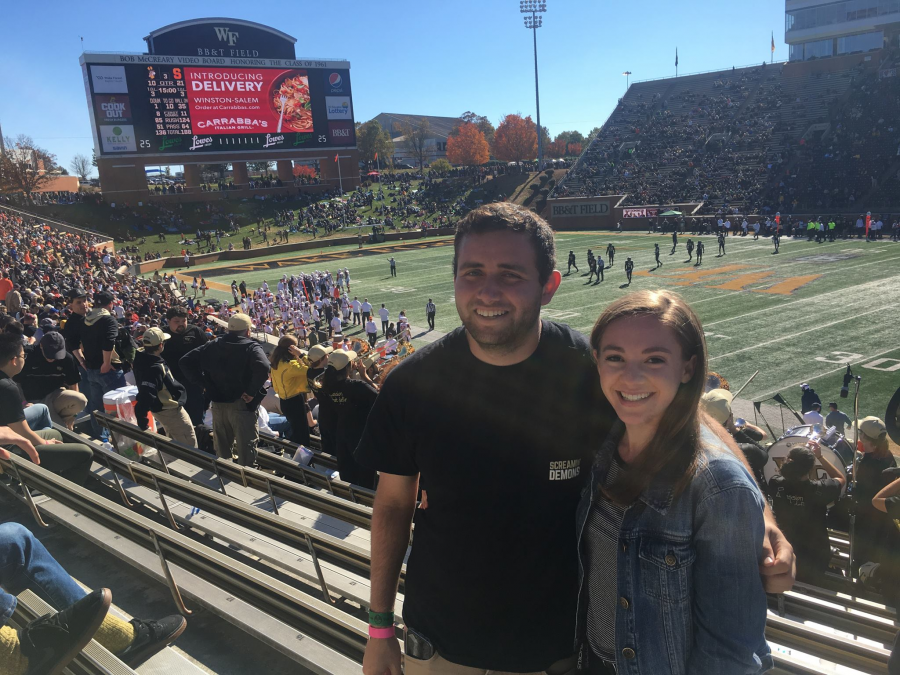 When Phillips began her college search, she was quickly drawn to small, liberal arts schools in the South, rather than other northeastern institutions. Ultimately, her decision came down to Davidson and Wake Forest. She said that ultimately “something about when I looked at Wake Forest, the campus just felt nice and homey.”

Even before arriving on campus as a matriculated freshman, Phillips felt the pull of Mother So Dear.

Though the temptation to point to a perceived incongruency between being pre-med and a Classical Studies major might exist, Phillips was quick to identify the ways that the two compliment each other.

“One of the things I really enjoyed is how [Classical Studies] gave me a break from the science lectures,” she said. “I especially liked one of my Latin poetry classes (taught by Professor John Oksanish) because it was so different from sciences that I was taking early on. The professors always talk about how the critical thinking and reading and writing come from the Classical Studies major, which was definitely true [for me].”

While here, Phillips took full advantage of the educational opportunities provided by the school.

“The fact that I did only have one major, I was able to take a lot of classes in different areas,” she said. “I took a lot of psychology and history classes that I really enjoyed.”

“I think one of the things that made her class so great was that she always had different activities planned for us,” Phillips said. “One day we [played out] a murder mystery. Everyone had a character and a couple of clues about what their involvement was. We all talked together and at the end voted on who we thought committed the murder.”

“In my classes she has been an exceptionally thoughtful and articulate student, making her a pleasure to have in class discussions,” Lather said. “She also is an extremely diligent student, so I can’t wait to see what she does next.”

Phillips also spoke about the positive impact that her time on the ultimate frisbee team had on her throughout her four years. Phillips was a captain for two years, which she said endowed her with valuable leadership skills.

“I gained confidence from learning a new sport,” she said. “It was fun going from having no idea what I was doing to being more comfortable and learning how the sport worked, being a leader on the team.”

In addition, Phillips was also a tutor for organic chemistry through the Learning Assistance Center. When asked about her time at Wake Forest, Phillips gave a concise answer, declaring, “I’ve been happy with my time here as a whole.”

After graduation, Phillips is planning on working as a medical scribe at Wake Forest Baptist Health while juggling medical school applications.