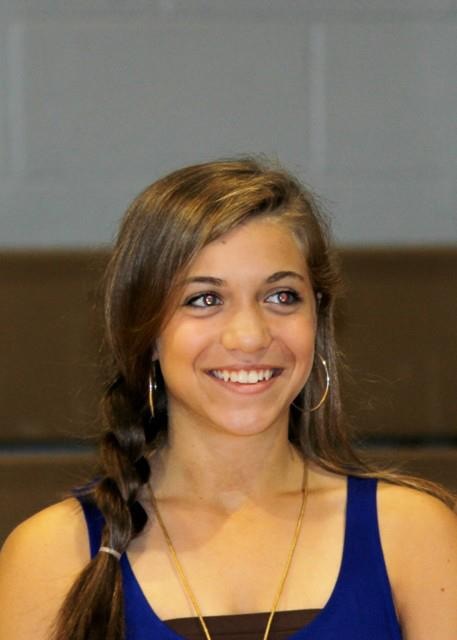 When she first came to Wake Forest, Camille Wixon was drawn to the “dismal science” because of its approach to the world. Although she said that economics is often given a “bad rap” and or as seen as “heartless” due to its coolly logical methods, she loved its framework for approaching a wide variety of problems.

Right away, Wixon found the professors in the department helpful, supportive and encouraging.

“I loved the professors and I felt that I had teachers who wanted me to do well and wanted to give me opportunities,” she said.

In particular, she connected with Professor Frederick Chen and loved his Game Theory class, finding his “flipped classroom” approach engaging and challenging.

“It’s kind of a scary thing to have someone with such high expectations, but they think you can do it and they’re not really asking you, ‘Hey, do you think you can do this?’” she said. “They’re saying, ‘Hey, you’re doing this.’”

“Because I had Camille’s older sister Cori as a student several years ago, I felt like I already knew Camille when she first took a class with me,” he said. “And, boy, Camille sure was a memorable student. In both classes she took with me, she just destroyed the exams. I like to give students assignments to work on during class time, and when I had Camille as a student, I usually had to bring multiple assignments with me to class. She could solve the assigned problems faster than everybody else.”

Wixon also worked as Professor Amanda Griffith’s research assistant for the past four years, starting when she was a freshman —  a rare accomplishment. Together, they researched the underrepresentation of women and minorities in engineering, resulting in a co-authored paper on the impact of remedial courses for engineering students, which will hopefully be accepted for publication sometime soon.

In addition, Wixon completed a senior thesis under the oversight of Griffith and Professor Fran Flanagan, researching how receiving college credit from AP exams affects students’ major and minor choices. Among other discoveries, she found that male students are more responsive to receiving AP credit than females are — if a man receives credit in a subject, he is more likely to select it as a major, while a woman is more likely to select it as a minor. Wixon theorized that due to higher risk aversion among women and stereotype vulnerability theory, women react to AP credit signals with a smaller investment of time than men. Although Wixon said that some parts of the research process were difficult, she also spoke of its rewarding moments. “In those times when you do find something, like when you first get your Stata results, you’re like, ‘This is so cool, this is real!” she said.

Although women are underrepresented in the Wake Forest Department of Economics, which has a female-to-male student ratio of 0.31, Wixon said that she never shied away from the fact that she was one of the few women in her classes.

After graduation, Wixon will work at the multinational investment bank Barclays, trading stock derivatives. Someday, she hopes to attend graduate school to attain a Ph.D. in economics.

“Although Camille will be entering the private sector after Wake Forest, I hope she once again has the chance to conduct research in the future,” Griffith said. “Camille is a natural student and truly passionate about learning everything, from her computer science and math classes to her economics classes.”