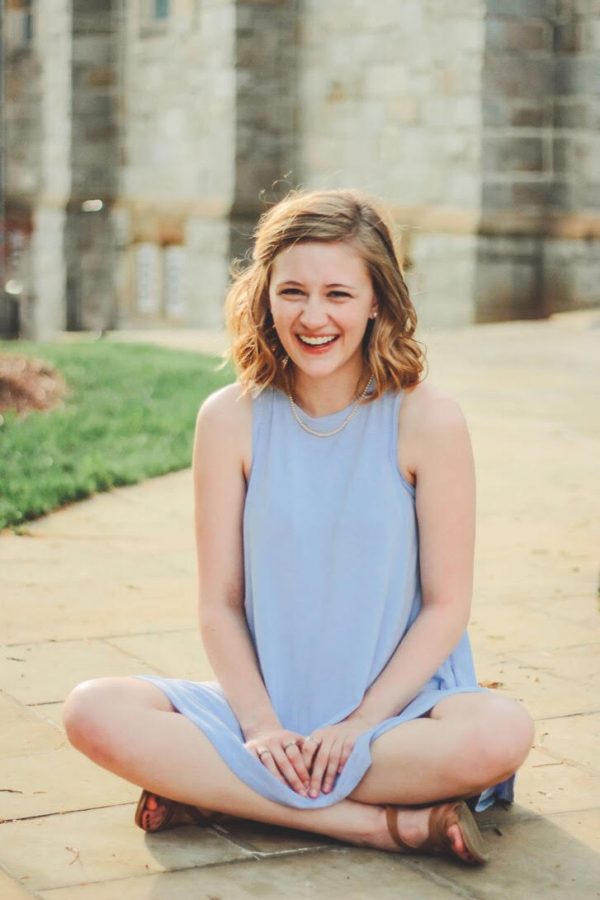 When talking about her time inside Tribble, Hollis has expressed how impressed she has been by all her intelligent professors.

Those professors have been equally impressed by her. Professor Jessica Richard taught Hollis during both her freshman and junior years and commented on how well-read and thoughtful she is.

“In a room full of students with a wide range of interests, she immediately stood out for her depth of engagement with the literature we read and discussed,” Richard said.

Hollis’ love of literature — which she jokingly calls a “problem” — is why majoring in English was only natural.

“I wouldn’t say it was really a choice,” Hollis said. “I just knew.”

To Hollis, the best thing about an English degree is the “understanding [of] people,” “rich empathy,” and grasp of the “human condition” imparted upon English students. These qualities are evident in Hollis, who talked with pride about the friends she formed and people she’s encountered.

“[Hollis] was generous and thoughtful, responding to her fellow students with care and respect,” Richard said. “There is often an unbridgeable divide in these courses between students who want to go on in literary studies and those who resent being there at all. Sophie was that rare student who could and was interested in building that bridge.”

However, Hollis also cited her senior seminar, Neoliberalism and Contemporary British Fiction, as bridging the gap between students who take a class together, which she discussed during the senior oration she presented at Founder’s Day Convocation.

“Dr. [Omaar] Hena really built a community out of our class, which is something unlike any of my other classes,” she said. “Everyone in the class was friends.”

Hollis felt this same camaraderie when abroad, where the group of 14 students and two professors became like a close-knit family.

“I thought that when I came to Wake Forest, I might find my soulmate, but I ended up finding my soul-friends,” Hollis said.

Professor Claudia Kairoff lived with and taught Hollis last spring at Worrell House and described that experience as a joy and privilege, paying particular attention to the connection between Hollis’ growing friendships and the students’ shared enthusiasm.

“She was among the leaders of a core group of students who revelled in all our courses pursuits, whether exploring Samuel Johnson’s house in the city or following Jane Austen’s footsteps in Bath,” Kairoff said.

With graduating looming, Hollis has become very reflective. That’s why she currently qualifies her favorite book as Autumn by Ali Smith, because it’s about recycling and how the most beautiful things in life are the most transitory.

Even within herself, Hollis has been asking herself if she really has changed over the last four years. She didn’t give a conclusive answer, but it seems clear that the self-proclaimed teacher’s pet doesn’t fit the typical definition of one because of how she follows her interests, which has led her to her closest relationships.

“I do feel like I’ve become more confident in becoming friends with people because they share my interests or because I think they’re wonderful, cool people rather than seeking approval,” Hollis said.