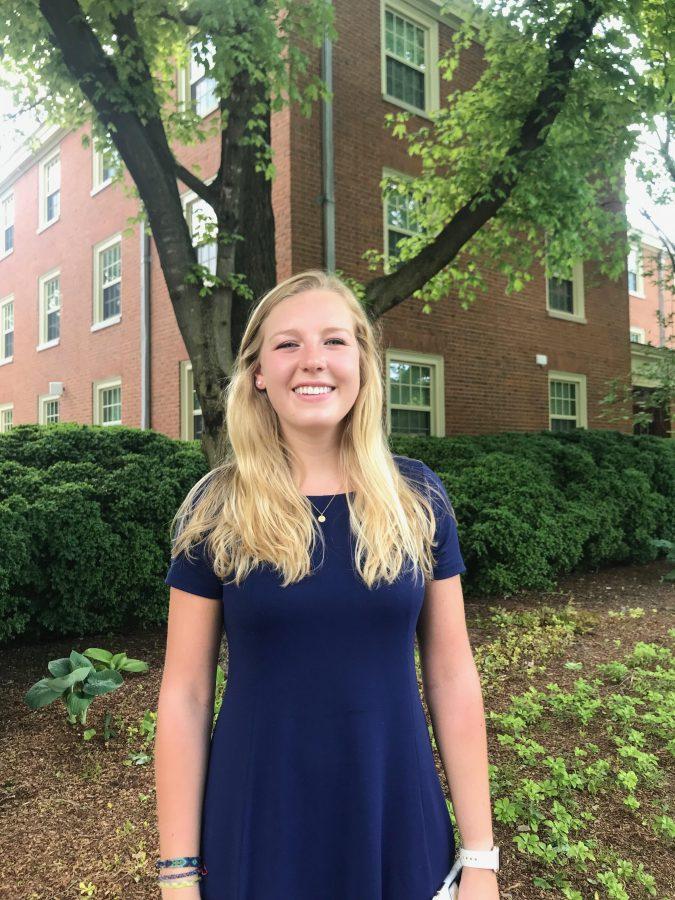 Senior Caroline Gardner leaves her apartment by 7 a.m. every morning, and not because she has an 8 a.m. class she hates being late to. Rather, Gardner heads out for her full-time job as a maternity leave substitute for a second grade class.

After her semester student-teaching in the fall with Brandi Brown at Brunson Elementary school, she was asked to take on the full-time teaching position while Brown was on maternity leave during the spring. With only two classes left for her education major, Gardner was quick to take up the offer.

“It’s even more challenging, but it’s great,” Gardner said. “It’s the perfect intermediate step between student-teaching and then going into a full-time job teaching. It gives me a sense of what it’s like to be a full-time teacher and being the only one in the room.”

Along with this dual student/teacher role, Gardner is also a Spanish major. After studying abroad in Cuba for a summer term and Salamanca during the fall of her junior year, she was able to gather enough credits for the double major. While in Salamanca, she even interned at a preschool. Now, Gardner is counting down the days until she heads to Spain to teach English to children, thanks to a Fulbright scholarship grant.

“I am really interested in students who are learning English as a second language and how they learn English incredibly quickly,” Gardner said. “So, I think after this year when I’m in Spain teaching English that I might continue to pursue something as an ESL specialist. I’ve seen a lot of students in the United States and how they learn to speak English, but I am excited to see the flipside, because I will be teaching a normal English class to Spaniards.”

As Gardner is only taking two courses along with her full-time job, she normally finds herself on campus only once a week. However, she is still an active member in Kappa Delta and the Spanish Honor Society.

“I had to adjust to the fact that I couldn’t do everything that other Wake Forest students were doing. So, it’s kind of been picking and choosing where I want to spend my energy and my time,” Gardner said.

After volunteering with El Buen Pastor her freshman year, Gardner said that she quickly realized she wanted to pursue a path with education. When asked what advice she would give to possible Education majors, she emphasized spending as much time with children the age you want to teach.

“It is important to get yourself as involved as you can to understand what it’s like to be in the classroom,” Gardner said. “Because, when you start taking the classes and student-teaching, it’s a lot that’s thrown at you right away. So, to have a sense of what it would be like beforehand is great.”

Ultimately, Gardner views her past year student-teaching as a stepping stone toward her future.

“I am more excited than anything else to see what the future has in store for me,” Gardner said. “I will definitely miss Wake Forest, but I don’t feel that sad. It has been a great four years, and I am ready for what’s next.”