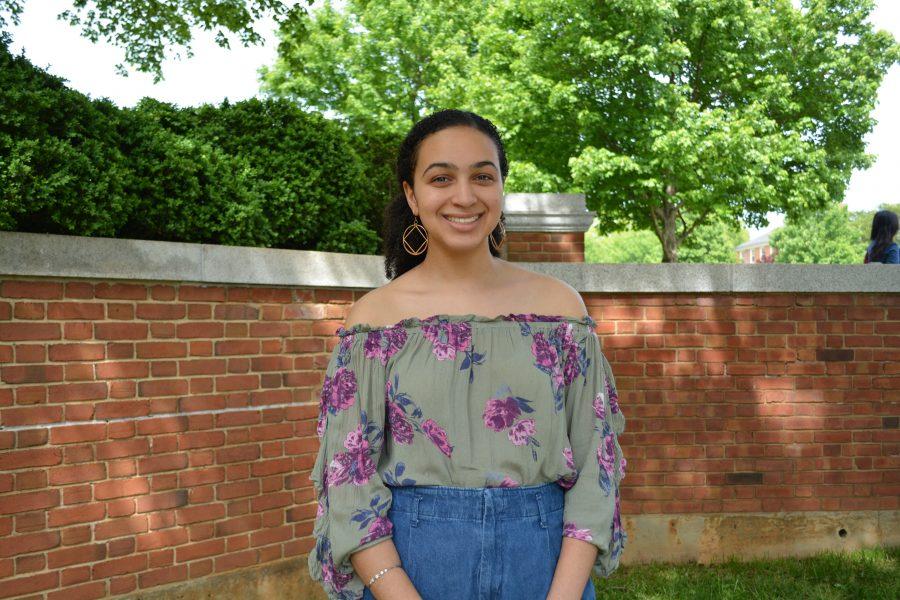 For senior Kayla Amador, her experience at Wake Forest and majoring in Japanese Language and Culture can be best described as a leap of faith into uncharted territory, both physically and academically.

Growing up in Fleming Island, Fla., in a family full of road trip enthusiasts, Amador did not have any experience flying  on a plane prior to attending Wake Forest. Over a one-year span, Amador would find herself flying to an international art exhibition in New York with the Student Union Art Acquisition Committee and going across the Pacific to study abroad in Tokyo.

“After I came back from [the New York] trip, I thought ‘oh shoot, if I can take a one-hour flight, I can totally take a flight abroad, right? It can’t be too much different,’” said Amador.

Amador’s curiosity and fearless attitude towards new experiences are what brought her into the Student Union committee in the first place.

“Kayla  is one of the most grounded individuals I know. She is exceptionally bright, but beyond this, she is disciplined, methodical and dedicated to every task she undertakes,” said Professor Ann Leigh Hallberg, who oversaw Amador during the New York trip. “Kayla was one of the first students who was accepted into the Student Union Art Acquisition Committee as a sophomore. Previously, all students on the trip were seniors. Her preparation for her interview and thorough research of the collection earned her a seat on the committee.”

Upon returning from Japan, Amador created and curated her solo exhibition, Kansatsu, at the START Gallery in Reynolda Village. She chose the word “Kansatsu” because it means observation, and that is the focal point of her exhibition, as she is presenting different parts of Japanese culture through the lenses of her camera.

Among the showcased photographs were Japanese landscapes, people, culture and even the beautiful intricacies of Japanese writing. Her main goal with the exhibition was to present how the written Japanese language manifests itself in everyday life as both a practical tool and an aesthetic tool as well.

Amador has also served as the president of the Japanese Studies Club (JSC) and earned praise from her peers and faculty for her commitment.

“I appreciate [Amador’s] engagement with the community of students learning Japanese language and culture, especially through the Japanese Studies Club. As president, she has worked tirelessly with a team of officers to plan activities every single week of the academic year,” said Professor Yasuko Rallings, who is Amador’s Japanese major advisor. “I believe more students are attending JSC activities because Kayla is so kind and welcoming. When I need help from students for department events, I always count on Kayla as well.”

Now, Amador is getting ready to become the manager of the START Gallery at Reynolda Village, where she will be able to work with her passion for art while she also prepares to undertake the Japanese Proficiency Language Test.

“My ultimate goal is to combine my interests in the field of art with Japanese language and culture studies as well. I don’t know yet if that will be something to do with translating, working in a museum, continuing the gallery (work) route or perhaps doing something else,” said Armador.