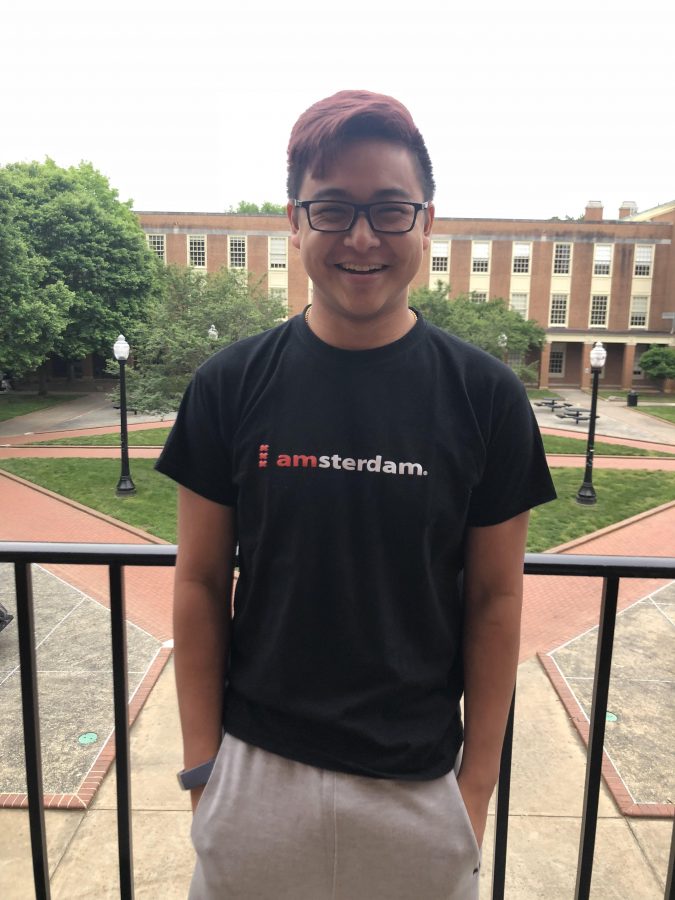 Martin Tan is a senior from Morristown, Tenn. In addition to his philosophy major, Tan is majoring in biology, minoring in psychology and following the pre-med track.

Tan’s decision to come to Wake Forest was largely the result of a desire for self-determination and independence. Choiced between following his sister to Emory or carving out his own path at Wake Forest, Tan opted for the latter.

Tan didn’t declare his major in philosophy until his junior year. Familial and personal experiences with mental health challenges prompted him to pursue philosophy and psychology. Life’s big questions which Tan grappled with personally — those concerning human meaning and purpose — are exactly those addressed in philosophy; pursuing the major gave Tan the analytical tools to confront the problems that troubled him. Following graduation, Tan plans to move in with his sister at Emory University, where he’ll attempt to begin neuro-research. He also intends to resume his long-abandoned piano practice. Tan attested to the broad value of an education in philosophy.

“A lot of people say that its good to be a philosophy major because it makes you good at analyzing things, but I think in general it just makes me more skeptical about a lot of things,” he said.

Tan cites his divisional course, the Philosophy of Meaning and Happiness, as being foundational to his interest in philosophy.

“As you can probably guess, it was inspired by those big questions that I was first running into,” he said.

Although he didn’t immediately connect with some of the philosophers presented in the course, the concepts enabled Martin to “see the world in different colors.”

In one of his final papers for his philosophy major, Tan is addressing whether skepticism leads to tranquility. He believes his conclusion is pertinent to those considering whether or not to pursue an education in philosophy: “its not for everyone.” According to him, one has to be accepting of a certain strain of inquiry to enjoy philosophy: “you can like biological inquiry, and you can go and be a biologist, but that doesn’t mean you’ll be a good philosopher, but being a good philosopher doesn’t also make you a good biologist … it’s a kind of mindset.”

Students who find themselves considering “that whole ‘why am I here thing? ‘what should I be doing?’ ‘time and space stuff” and who “really like abstraction” will find themselves at home in the philosophy department, according to Tan.

Professor Emily Austin, Tan’s honors thesis director, attested to his ambition, adding, “Martin exemplifies the spirit of the liberal arts. He has explored his interests widely, not only excelling in the pre-med track, but also earning honors in philosophy and conducting research in psychology. Martin is exceptionally talented, but more importantly, he is genuinely excited about philosophy and deeply engaged in philosophical exploration. I am grateful to have had him as a student.”