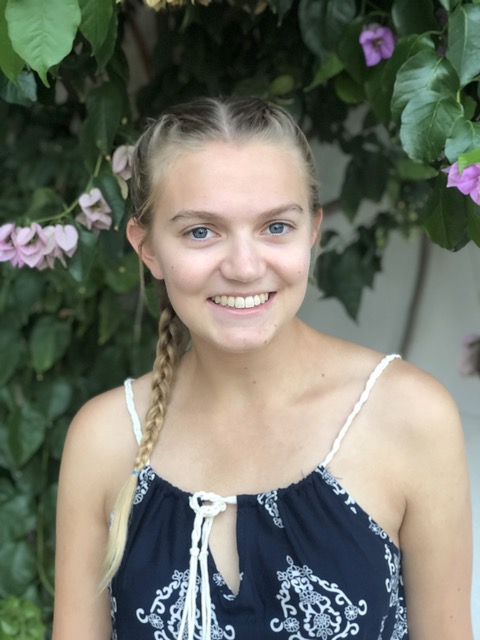 Jacquelyn Sharpe exemplifies the qualities of a Demon Deacon. Smart, kind and with a passion for service, Sharpe fell in love with the campus when she came to visit. She applied to Wake Forest knowing she wanted to study physics and was awarded the Randall D. Ledford Scholarship — an honor given once every four years to a promising incoming physics major. Sharpe is graduating one year early, earning a Bachelor of Arts degree in physics with minors in Spanish and mathematics.

There isn’t one stand-out moment of college for Sharpe. It’s all been a great experience for her. She studied in Salamanca, Spain, last semester and loved the exposure to different cultures and enjoyed being able to hone her Spanish-speaking skills.

Early in her academic career, Sharpe took a course with physics Professor Martin Guthold and has been working in his lab since February 2017. She has conducted research on electrospun nanofibers and their mechanical properties. The nanofibers are created using a high potential electric field and have important applications as the foundation for tissue engineering (i.e., 3D printing organs).

“I loved working with Jacquelyn,” Guthold said. “Her performance in the classroom and the research lab were truly exceptional … She very quickly learned these complicated techniques and then developed them further. She became an independent researcher, collecting and analyzing her own data, and writing up a manuscript that will be published in peer-reviewed journal. Moreover, she also taught other students how to perform these experiments. Jacquelyn has a very open, inquisitive, mature and caring personality and off-the-charts intellectual potential.”

Sharpe is also a teaching assistant for Physics 110, an introductory course for non-physics majors.

“It’s nice to be able to break it [physics] down, kind of explain it to them and show them how to do the labs,” she said.

Outside the physics department and classroom, Sharpe enjoys outdoor activities like hiking, climbing and frisbee. She’s especially fond of the trails at Pilot Mountain and loves the view at the top of Hanging Rock. She’s also been a member of the ultimate frisbee club team on campus for the past three years. She has also played viola in the school orchestra and is active in Wesley, the on-campus Methodist community. Sharpe emphasized the importance of Wesley to her time at Wake Forest, having wanted to find a group of people with a similar upbringing.

“Having a community of support was really important,” Sharpe said.

She also thrived in leadership roles.

Wesley Minister Reverend Larry Jones described Jacquelyn as a Renaissance woman “in the variety of interests and in the areas in which she excels. She is extremely intelligent but has never been one to ‘show off’ her academic prowess and results. Her dedication to her faith and to serving others has led her to graduate early and serve in the Peace Corps.”

In the Peace Corps, Sharpe will be stationed in Tonga, a country near Fiji, for two years. Though she’s not sure what she’ll do when she returns, she’s keeping her options open. She discussed being a high school science teacher, working in a laboratory or going to graduate school.