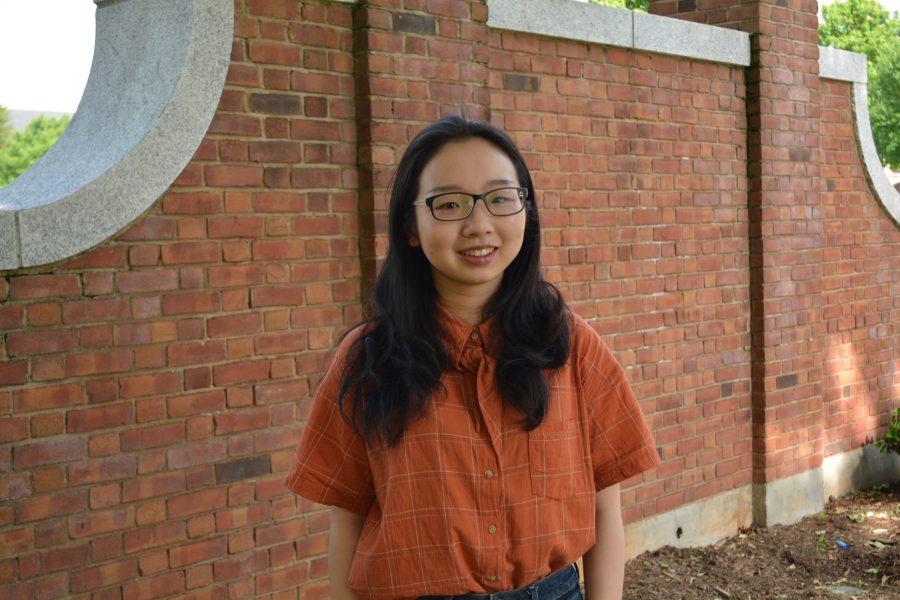 Senior Yun Tang, originally from Shanghai, China, is a double major in psychology and sociology paired with a minor in human health and services.

Tang knew that she wanted to study psychology in college. However, she switched her initial concentration on the field of clinical psychology to psychological research.

“I knew I wanted to study psychology before I came to college, but first I wanted to be a clinical psychologist, Tang said. “The department here is more research-based, and I found out that research is super interesting. I applied for summer fellowship with URECA, and I got the fellowship. I stayed the summer break before junior year, and I thought, ‘this is so cool — I want to do research.’”

Tang’s research focused on why Asian-American students have higher suicide rates compared to other ethnic groups, and was even recently published in the Asian-American Journal of Psychology.

In addition, she conducted a second research project during the summer before her senior year. Centering on her hypothesis that “people who are more aware of their class privilege will be more empathic to poor people,” this research study assessed the relationship between the awareness of class privilege and empathy.

“[Yun] has been such an active psychology major, both in terms of service work and in conducting original research,” Masicampo said. “[Yun] has a knack for asking interesting psychological questions and for designing effective studies for addressing them. She is already published, has presented at multiple conferences and has a bright future ahead of her as she pursues her Ph.D.”

During her time at Wake Forest, Tang also worked with Professor Lisa Kiang in a developmental psychology lab.

“In my own lab, she spearheaded a focus group study with Chinese American families, translating materials, collecting and analyzing data and presenting results at professional conferences,” said Kiang. “The study literally could not have been done without her help. She was also always highly involved in other collaborative projects in my lab.”

Outside of the lab, Tang was involved as a Mental Health Ambassador at the Counseling Center, where she helped with initiatives like “Signs of Stress Week.”

Tang also volunteered with Winston Salem Adapted Arts and Sports Program (W.A.A.S.P.). Through this, she  focused on helping physically and mentally disabled children in the Winston-Salem community through playing games and crafting.

Next year, Tang will continue her study in the Social Psychology Ph.D. program at the University of Utah.

Tang commented on her hopes for this next educational stage.

“I would like to do some research on diversity and the professor I will work with there is very interested in diversity, so I can do more research with her there,” said Tang. “And Utah is a big school, so I think it will be a different experience, and I’m very excited.”

Kiang expressed confidence in both her skill in psychological research and her future endeavors.

“[Yun] has worked with me since she was a sophomore and it has been really great to see her develop and refine her research skills over the years,” Kiang said. “She’s always been driven by her passion for psychology and inquisitive mind. I have no doubt that she will be one of those trailblazers who will help shape the field of social psychology in the future.”