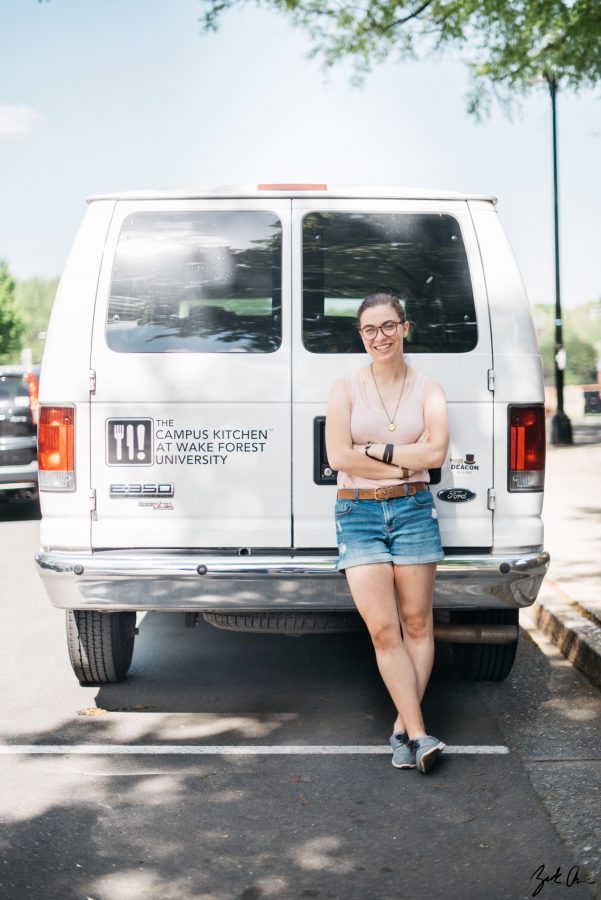 Morgan Briggs, a double major in religion and business data analytics, took an unexpected route to the place she is today.

After entering college as a soccer player, Briggs suffered a hip injury during December of her freshman year that ended her career and led to four surgeries throughout her time at Wake Forest.

“I kind of took a whole new outlook on what my college career was going to be,” Briggs said. “I’m thankful that it happened, not [that I had] to have surgery, but I think it was beneficial.”

After a setback that would have sent most people into a state of despair or identity crisis, Briggs threw herself into the opportunities that Wake Forest had to offer. At one point, Briggs had to miss time from school while recovering from surgery, but instead of taking the semester off, she listened to recordings and video of lectures and worked with professors to continue her schoolwork.

Today, Briggs’ involvement and accomplishments are almost too numerous to list. She has been an resident advisor for the last three years, served on the honor and ethics council, been the co-president of Campus Kitchen and acted as the student trustee on the Board of Trustees.

On her role with the Board of Trustees, Briggs commented that she gets to bring a voice to students: “The whole premise of the job is to bring student perspectives to the board, so every meeting I get to have an address where I get to talk for 10 or 15 minutes about any topic of my choice,” Briggs said.

When she came to Wake Forest, she always had the business school in mind, but her desire also to pursue a religion major formed organically.

“I took a divisional class my fall semester of freshman year, and I really loved the professor, and he encouraged me to take more for a minor,” Briggs said.

Briggs quickly developed a love for religious studies, and her passion for the subject matter drove her to pursue two majors.

“After that [first] class I realized how important the objective study of religion was, not only learning about other religious traditions, which is a big part of the major, but learning to communicate across different religions,” Briggs said.

This year, Briggs completed a thesis on the Holocaust that examined ethical theory and theological foundations for intervention. Last October, Briggs earned funding to visit Poland, where she visited Auschwitz and gained a personal perspective on the work she was doing.

After graduation, Briggs will head to University of Oxford in England to pursue a master’s in social data science. Her myriad areas of interest will converge, as her work with Campus Kitchen, her interest in food policy and her religion background will all assist in her desire to bridge the gap between data and human impact.

At graduation, Briggs will be honored with a service award, and she will be inducted into the Phi Beta Kappa honor society, the Beta Gamma Sigma business honor society and the Omicron Delta Kappa leadership honor society for service.

“A lot the skills I have learned in the religion major are applicable to what I am going to be doing,” Briggs said. “I think it was a really good balance between very theoretical thinking and applied subjects.”