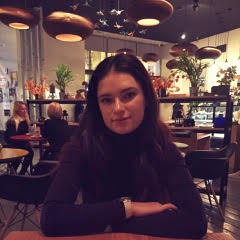 Anna Pasekova took what some might call an unconventional path to Wake Forest. Growing up in St. Petersburg, Russia, and initially planning to continue study in Austria, where her relatives live, Pasekova and her mother decided they should tour the United States to see what it had to offer. After spending time in D.C., San Francisco and Los Angeles (“I didn’t even know there was a place called Winston-Salem,” Paskekova said), Pasekova went home and decided she wanted to pursue an academic life in the United States.

EducationUSA, an international student advising organization and a branch of the U.S. Department of State, aided Pasekova in her search for universities, and at an education fair at the U.S. Embassy, she discovered Mother So Dear. A mid-sized school disparate from the gargantuan state-school apparatus, Wake Forest appealed to Pasekova on a number of levels. The catalyst, however, seemed to come from a uniquely humanizing moment. Via a video cam apparently perched on Reynolda Hall, Pasekova could “could see the life [of the school], [and] everything that was going on.” This teeming visual impression excited Pasekova about Wake Forest, a school now made real instead of stock-imaged and stat-padded.

Once enrolled, Pasekova became an economics and Russian double major. But she soon dropped her Russian major under the pretense that she is … well, Russian. Although the Russian department is not big, they are committed and tight-knit, so, naturally, Pasekova was the department’s darling, and her professors begged her to stay on. Pasekova became a Russian minor, and was rightfully nominated for the department’s outstanding student award.

Russian Club also became a part of Pasekova’s life, as she began to crave her native culture and wanted to share it with others. Unfortunately, there are no Russians at Wake Forest akin to Pasekova. There are some students with dual-citizenship, but as Anna laughingly puts it, “that doesn’t count.” Yet she remains thankful for the club, since it let her speak to others in her native tongue and gleefully assist the linguistic neophytes. As Franz Fanon says, “To speak means…above all to assume a culture, to support the weight of a civilization.” Not only did these tete-a-tetes in Russian help Pasekova assume a piece of home, it allowed her to be at her most expressive. Hosting events and orthodox celebrations and fostering a community of Eastern minds, the Russian Club proved an integral part of Pasekova’s experience.

Voicing the universal lamentation that college goes way too fast, Pasekova found that her time here textured her personal life in ways that will help her nurture global citizenship. In parting, she eloquently articulated the importance of maintaining a personal narrative within an international culture.

She warns and rouses her fellow international students: “don’t be afraid to speak up and don’t be afraid of some of the unique characteristics you or your culture have. We are all different. America is a country of immigrants. We all have our things, and they are all unique. For some, it might be weird, but for others, it will be unique.”

Pasekova keeps in touch with her friends back home, and they help her to contextualize her life within her now-larger world. One of the best things Pasekova received from Wake Forest was the ability to balance two (or more) perspectives in her mind, simultaneously, and in doing so, she has become what we all should strive to be: a global citizen.