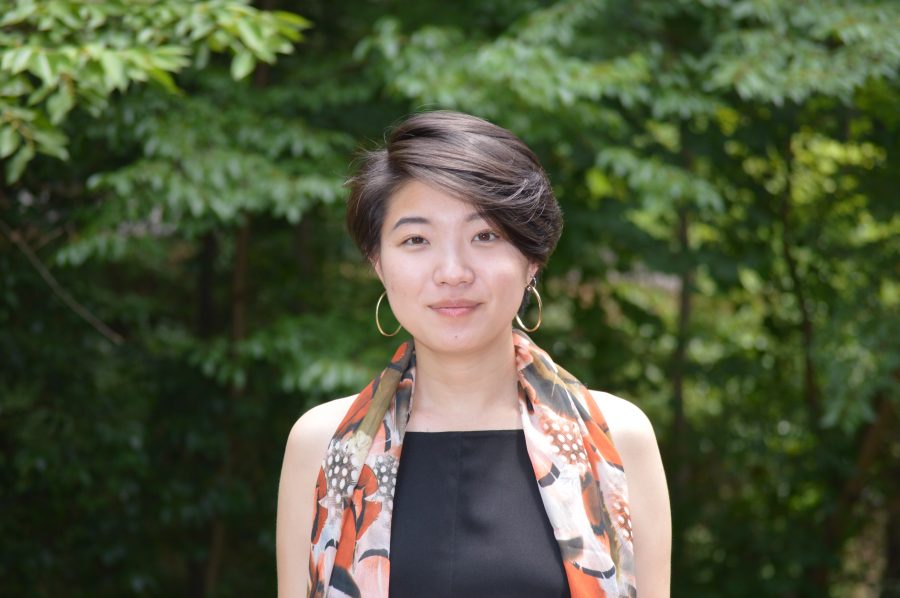 Eun Hye Kim is a senior from Seoul, South Korea, who grew up in Charlotte, N.C. She was one of five recipients of the Joseph G. Gordon scholarship, a full, merit-based scholarship, and was additionally recognized as a Magnolia Scholar. The implication of the Magnolia Scholar program drew Kim to Wake Forest, as she was impressed with the university’s dedication to supporting first-generation college students. In addition to her major in women’s, gender, and sexuality Studies, Kim has majored in religious studies with a concentration in religion and public engagement (RPE).

Kim chose to pursue a major in women’s, gender, and sexuality studies because of its implications to feminist academic scholarship. The major provided Kim with the analytical and rhetorical tools to understand and interrogate the problematically hegemonic nature of her conceptions of gender and sexuality. With this epistemological lexicon at her disposal, Kim found herself better equipped to “recognize those around [her] in their full, complicated and beautiful humanity,” while likewise decolonizing her own subjectivity within the intersectional axes of race, gender, and sexuality.

While she may be graduating, Kim won’t be leaving Wake Forest for now; she intends to further her education while maintaining and developing the relationships she’s fostered at Wake Forest by pursuing a Master’s in religious studies on a full, merit-based scholarship.

“Though my MA is in religious studies,” Kim adds, “my education will, rest assured, be replete with feminist epistemologies.”

Kim eventually hopes to earn her doctorate, although she is unsure which field she will pursue it in. Regardless of her decision, her education in women’s, gender, and sexuality studies will continue to inform her scholarship and studies.

Her education in women’s, gender, and sexuality studies has enabled her to analyze the role of patriarchy in the construction of gender paradigms while locating her studies within a feminist subjectivity. She has sharpened her ability to critically interpret narrative positionality by asking “whose voice [and] whose experiences are missing?” This practice will be beneficial to Kim in the future, as she intends to apply a similar analytical framework to her future scholarship: “this is the kind of work I’d like to dedicate my energy to.”

Kim’s favorite women’s, gender, and sexuality studies classes were Kristina Gupta’s Gender and the Politics of Health and Jieun Lee’s Asian-American Feminisms courses. She considers both classes “hidden treasures on this campus.” She found Gupta’s class insightful for its analysis of the means by which gender and sexuality “animate our conceptions of health and vice versa.”

According to Gupta, Kim’s final paper was an “erudite and practically-oriented” criticism of “disability education modules.”

Kim greatly appreciates the mentors who have enriched her educational experience in women’s, gender, and sexuality studies.

“There are few places on this campus where I feel wholly accepted in my complete being and because of that, I’ve often felt insignificant,” Kim said. “But Dr. Gupta and Dr. Lee — they have a way of making me feel seen, heard and recognized. Their pedagogy goes beyond mere teaching and extends into a genuine ethic of care for their students, something I find to be very rare at this school. They not only teach feminism but they embody it through their mentorship with students.

Gupta testified to Kim’s analytical skill and proclivity for social justice activism, adding, “Eun Hye is one of the most thoughtful and analytically-sophisticated students I have taught at Wake Forest … Eun Hye is also deeply involved in social justice activism on campus, on issues ranging from disability access, to support for undocumented students, to sexual assault prevention and response. We are proud to have her as a WGS major.”