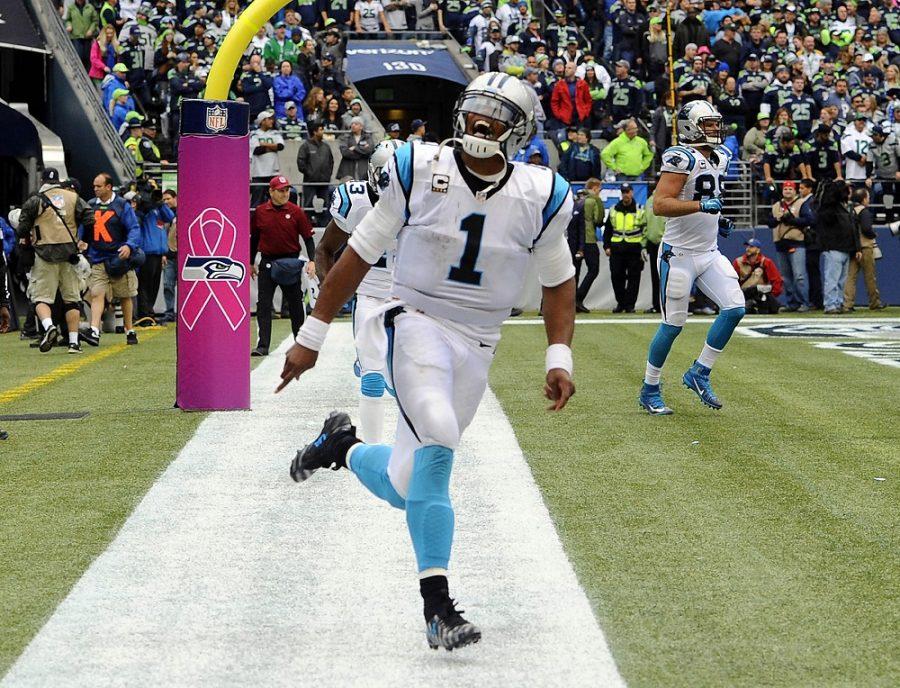 Despite throwing three interceptions, Peyton Manning and the Denver Broncos improved to 6-0 on the season for the seventh time in franchise history. The Broncos remain as one of the NFL’s five undefeated teams. Manning, shaking off his poor performance, drove the Broncos from their own 12 to the Cleveland 16, giving Brandon McManus a shot at a 34-yard, game-winning field goal, which he then converted on. In the running game, Broncos RB Ronnie Hillman ran for 111 yards on 20 carries. On the losing side, Josh McCown threw for 213 yards with 20 completions and 2 touchdowns. After failing to score off of Manning’s third interception, the Browns could not get the momentum back in overtime, falling to 2-4 on the season.

In another close game between the two, the Carolina Panthers came out on top after Cam Newton connected with Greg Olsen on a 32-yard touchdown with 32 seconds left. He threw for a total of 269 yards with one touchdown as the Panthers erased a 23-14 deficit on two 80-yard touchdown drives in the fourth quarter. The Seahawks defense seemed to collapse in the fourth quarter for the second straight week. Russell Wilson completed 18 passes and threw for a total of 241 yards with a touchdown, and Jimmy Graham caught eight of these passes for a season-high of 140 yards receiving. The Panthers remain one of five teams undefeated on the season as they improve to 5-0. Meanwhile, the Seahawks, who are struggling, fell to 2-4.

In a rematch of last year’s controversial AFC Championship Game, the Patriots continued their dominance this season with a win. Tom Brady threw for 312 yards with three touchdowns as the Patriots took control of the second half after a back-and-forth first. The Patriots improved to 5-0 on the season for the first time since their 2007 Super Bowl run, and remain part of the five undefeated teams after Week 6. Despite taking the loss, Andrew Luck bounced back from his injury with 312 yards and three touchdowns. The Colts had a weird play call on a fourth down punt formation that turned into an illegal formation and Patriots’ ball.  With good ball position, the Pats turned the mistake into a Blount touchdown, taking a 34-21 lead and ultimately giving them the win. The Colts fell to 3-3 on the season.