A Look Inside Upcoming Wake Sports 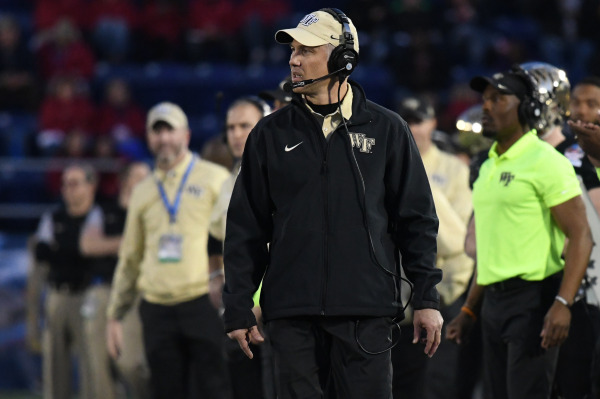 While listing the pros and cons of Wake Forest, did someone ever pitch you to how great our football team is? Probably not, right?

Well, that is about to change this fall. Wake Forest has never been known as a football school, and rightfully so. Until fairly recently, the most notable student-athlete alumni hailed from other sports, such as basketball, golf, tennis and soccer.

However, this upcoming football season has all the ingredients to be a special one. The Deacs are coming off three straight bowl victories against the likes of Temple, Texas A&M and Memphis. Wake Forest has been building up a lot of positive momentum under Head Coach Dave Clawson, and opening night against Utah State on Aug. 30 should be one of the most electrifying opening games in recent history. You’ll definitely want to check this game out and perhaps stick around past halftime too.

Another program that has been consistently good, if not great, over the past five-plus years is our soccer program. Both the men’s and women’s teams figured in the top 25 nationally last season, with the men’s team spending a good portion of the past season at the No. 1 spot. This season, the men’s team is ranked fourth nationally and will open another season with championship aspirations, also on Aug. 30, against the University of Central Florida. The women’s team will start their season a little earlier on Aug. 22 against Temple. The atmosphere at Spry Stadium is one of the best Wake Forest has to offer across all sports, and watching a game there is a must for any Wake Forest student.

Moving along with probably the most well-known program in Wake Forest’s history, our men’s basketball team has hit a rough patch as of late. The Demon Deacons have not had a winning basketball season since the 2016-17 season, which saw the Deacs advance to the First Four round of the NCAA Tournament. This will be Coach Danny Manning’s sixth season leading the Deacs, and he will be under a ton of pressure to turn things around and generate a winning season. Look for returning players such as senior Brandon Childress, junior Chaundee Brown and sophomore Isaiah Mucius to be the cornerstones of the team this upcoming season. The men’s basketball season starts later in the semester on Nov. 10 against Columbia at the LJVM Coliseum, also known as the place where the President’s Ball will be held (definitely go to that as well).

Our men’s tennis and women’s golf teams have also had some really great runs over the past few years. We have made the championship final in tennis for the past two years, with a title in 2018. The women’s golf team has been equally impressive with an ACC Championship for the 2018-19 season and with Jennifer Kupcho, now a Wake Forest alumna, winning the individual 2018 NCAA Golf Championship and winning the first-ever Augusta National Women›s Amateur tournament in 2019. Both sports have events throughout the whole academic year, so keep an eye out for further news.

Last but not least, our field hockey team reached an improbable Final Four in 2018 as an at-large qualified team. Coach Jennifer Averill has been in charge of the field hockey team for the past 27 years, winning three consecutive national championships between 2002 and 2004. Expect Averill to have her team hungry for another championship run in 2019. The field hockey team will open their season at Kentner Stadium on Sept. 15, against Northwestern.

Stay tuned for all the exciting sports stories that are about to unfold in 2019, cheer on your fellow Demon Deacons as hard as you can, and as always, go Deacs!