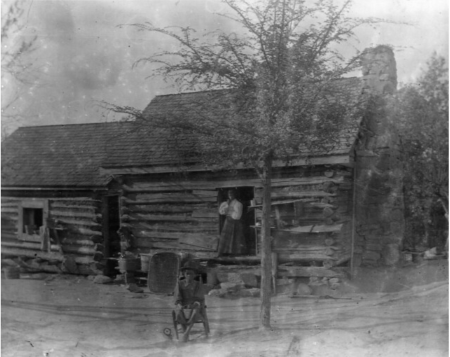 1836: The original endowment for Wake Forest includes the sale of enslaved persons.

President Nathan O. Hatch announced on July 31 the administration’s newest initiative for campus: The President’s Commission on Race, Equity and Community. He issued the news in an email to the Wake Forest campus community.

“This work includes … conducting a thorough review of policies and practices that may have contributed to inequity within our community [and] identifying other aspects of Wake Forest that do not support the university’s commitment to diversity and inclusion,” he said.

“[It also includes] developing recommendations for credible opportunities to make Wake Forest a more welcoming community of learning for all students, staff and faculty.”

The commission is co-chaired by Vice President for Diversity and Inclusion and Chief Diversity Officer José Villalba and Associate Dean for Faculty Recruitment, Diversity and Inclusion, Erica Still. Hatch clarified that it would be initiated along with the Committee on Slavery, Race and Memory, a project designed to accurately characterize the university’s relationship to slavery throughout history, and the Committee on the Intersection of Bias, Expression and Conduct, a coalition designed to re-evaluate the university’s response to bias incidents and freedom of expression.

This initiative is under some scrutiny from both students and faculty members, largely due to a number of racist instances, including a racist Instagram post and a resurfacing of old yearbook photos depicting students in blackface and current university deans posing in front of Confederate flags when they were students in the 1980s. The thoughts of many of the students and faculty were succinctly presented by Professor Joseph Soares of the Sociology department.

“There is racism on campus,” he said. “And there is certainly an insensitivity on the part of the administration in responding to it in a public, transparent, and forthright way.”

Soares’ students in his Sociology 391: Social Memories: Nazi Holocaust and U.S. Civil War class collaborated with the rest of the sociology department and the Wake Forest School of Divinity to hold a commemorative event for the 1860 board of trustees’ auction of slaves for Wake Forest’s first endowment on May 7. A video of the event is on the divinity school’s Facebook page.

Soares said that he hopes the President’s Commission will address Wake Forest’s past, citing Georgetown University’s extensive scholarships and reparations programs for the 8000 descendants of their purchased slaves, indicating that Wake Forest should create a similar plan.

He also suggested they reconsider the various on-campus buildings named after racists and eugenicists, and the continued existence of the Kappa Alpha Order, a fraternity that honors Robert E. Lee, and known white supremacist Thomas Dixon, Jr., among other issues.

However, Soares also expressed a general skepticism about the President’s Commission, citing vague language in Hatch’s email and a lack of further concrete information.

“They haven’t been transparent about clarifying what the agenda is,” said Soares. “Universities can sometimes actually address a problem through a commission like this, but commissions like this are also great ways to bury issues. You have a bunch of people who hold meetings and talk and look at all sides of a problem, and at the end of the day, make very few proposals for anything different.”

The lack of current information may be due to early timing of the announcement, as indicated by sophomore and student committee member Ally Swartzberg.

“The information is pretty vague right now,” she said. “I think President Hatch’s email was more of a cross-section of what they are trying to do.”

She said that while it was far too early to determine whether or not the commission would be effective, she expressed high hopes and a great deal of confidence in her fellow committee members and advisers.

“I think the whole thing is going to have a big focus on well-being,” she said.

Students not involved in the committee have also expressed a cautious optimism.

“I think there’s always improvements that can be made. There’s no way one committee or one event is going to change the whole student body’s atmosphere,” said senior Jasmine Roby. “But a series of events, with a more open-minded process can. Once more people start thinking that way, a chain reaction can occur. I think that’s the key.”