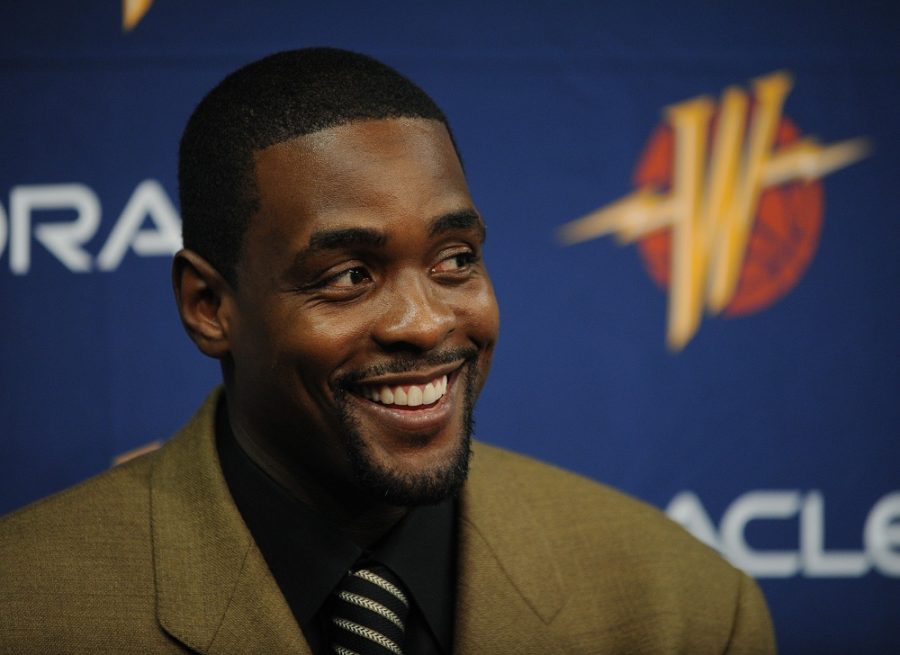 No. 1 overall pick. Five-time NBA All-Star. TV analyst at Turner Sports. In the fall of 2016, Chris Webber will be adding another title: professor of the practice at Wake Forest University.

Webber will be teaching in the new Sports Storytelling Masters of Arts program — which is in the already existent Documentary Film Program (DFP) — when it starts in the fall semester of 2016.

“Chris has a passion for telling the stories behind the glamour of the sport,” Bradley Jones, dean of Wake Forest’s Graduate School of Arts and Sciences said by email.

“He will bring many exciting people to campus to tell their stories as well. Scholars, journalists, sports icons and civil rights activists will be in the mix. He will also tell his own story and encourage students to tell theirs.”

Webber’s lack of a college degree — he was drafted No. 1 overall by the Orlando Magic after two years at the University of Michigan — but extensive professional experience is why he will be a professor of the practice.

He will teach a seminar style course on sports, race and society as well as be pivotal in helping students find internships according to Jones.

He will not however, be a thesis advisor and he is expected to be on campus on Mondays once the program begins in the fall.

“I’m excited to bring real-life experience to the program,” Webber said in a press release. “Sports are my passion and telling stories about sports is my new career.”

Also teaching in the program is full professor of practice Peter Gilbert, who was the director of cinematography and a producer for Hoop Dreams, the 1994 award-winning documentary.

Gilbert, who has taught courses in cinematography and sound and entrepreneurship in the DFP, met Webber while filming Hoop Dreams.

Gilbert and Webber started the Webber Gilbert Media Group in 2012 to create films and documentaries concerning similar subjects to what Webber will be teaching at Wake Forest: sports, culture and society.

While the students in the program will receive a thorough background in the development of visual storytelling, they will also be taking classes on the context of such stories in society.

Two of those people teaching those classes will be associate professor of communication John Llewellyn and assistant professor Ron Von Burg.

“The premise is that they need a context,” Llewellyn said. “To make a story, you’ve got to know the context of the story or how to establish the context.”

“There is an art to narrative, to visual storytelling and they’ll be learning that from the documentary films program. And what we’ll be contributing is some portion of content. What does it all mean? How do you place it in a broader perspective to make it more clear and more compelling?”

While 30 hours is the official minimum for the MA degree, the students in the program will most likely complete between 36 and 40 according to Dean Jones.

“We expect students with a passion for telling true and relevant stories,” Jones said. “Their backgrounds may be English, history, communication, film, journalism, etc.  All age groups are welcome.”

And the ultimate goal for the students is that they will be given the skills and knowledge to create visual stories like their professors have done.

“They’ll know how to make some versions of Hoop Dreams, probably one with forty years less experience,” Llewellyn said.

“But they will be studying with people who have been central to both sports and narrative in documentary form. And then they’ll be equipped and experienced in putting those pieces together.”

Central to helping students reach that culmination will be Webber, who has a lifetime of experience living the stories students will tell.

“Most of us look at, but we’ve not been in a locker room everyday for 15 years. We’ve not been experienced being traded when we didn’t expect to be traded. He’s lived it and he’s a very astute guy. It didn’t just happen to him. He learned while it was happening. He saw it and understood it,” Llewellyn said.

“It isn’t theoretical with him. It’s practical. It’s been applied.”