MLB: Awards Race Intensifies At The End Of The Season 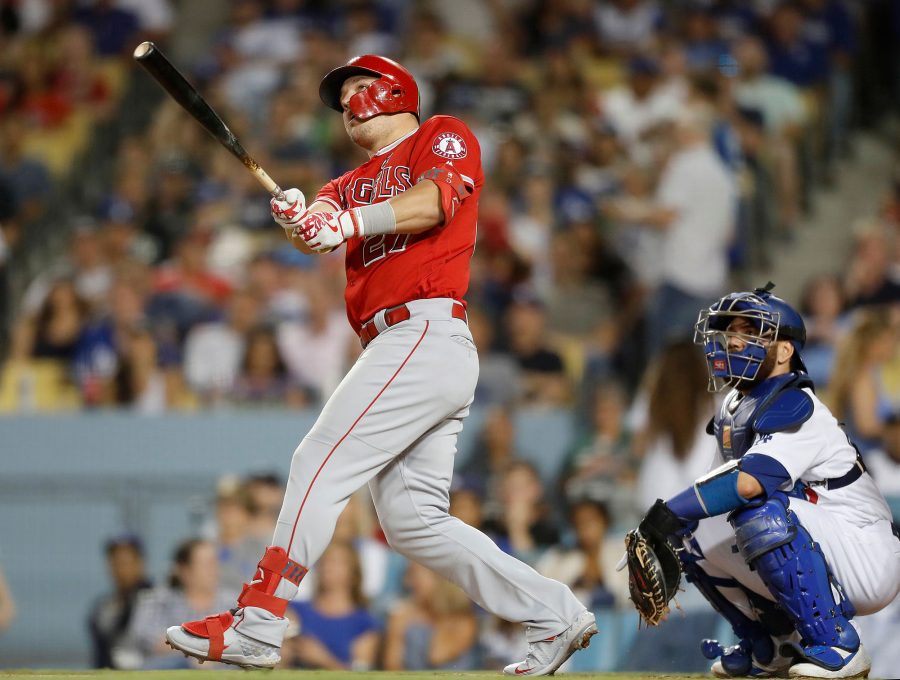 With just about a month remaining in the 2019 MLB regular season, the herd of players with legitimate shots at an end-of-season award has thinned. Just like any year, the list of remaining candidates in 2019 features perennial MVP-caliber players — looking at you, Mike Trout — and a healthy smattering of breakout stars.

Speaking of Trout, the Angels centerfielder stands alone ahead of the pack in the AL. He has finished first or second in MVP voting in all but one of his previous seven full seasons, and he will almost definitely walk away with his third AL MVP award this season. He leads all of baseball in home runs, OBP and fWAR, and his 181 wRC+ would be tied for the second-highest of his career. Trout is still as good as he has ever been, if not better.

Despite recent stories suggesting that a potential 40-40 season from Ronald Acuña, Jr. could carry him to an MVP award, this one is still a two-horse race between Christian Yelich and Cody Bellinger. Bellinger edges Yelich out by a slim margin in fWAR, 6.9 to 6.7, primarily due to a favorable valuation of Bellinger’s defense. Yelich’s bat has been slightly better — his 171 wRC+ leads the NL — but if the two finish with such similar numbers, expect Bellinger to take home the hardware. Awards voters usually favor players on playoff teams, and Bellinger’s Dodgers are historically great, while Yelich’s Brewers continue to slide out of the NL Central race.

This race might be one of the more unusual in recent memory. Those who lean primarily on ERA to evaluate pitchers might assume that Justin Verlander, Gerrit Cole and Charlie Morton — each of whom boast ERAs near or below 3.00 — are the clear leaders. Advanced metrics, however, muddy the water. The WAR formula at FanGraphs and Baseball Reference each rank one of the Rangers’ surprising performers atop the board. At Baseball Reference, Mike Minor leads the pack with 7.0 bWAR, with Justin Verlander in second at 6.0 bWAR. FanGraphs rates Lance Lynn as the league’s most valuable pitcher with 5.8 fWAR, with Cole ranking second at 5.2 fWAR. Realistically, most voters will probably go the safe route and select one of Cole, Verlander or Morton, but expect Lynn and Minor to steal some votes from the more analytically-inclined BBWAA members. In short, this is a wide-open race.

Though not quite as crowded as the AL Cy Young race, there are cases to be made for multiple pitchers in the NL. Hyun-Jin Ryu stands out as the favorite, and it’s justified. Ryu leads all of baseball with a 2.00 ERA, and if his ERA dips below 2.00 again before season’s end, voters will have trouble denying him first-place votes. Should his ERA inflate a bit, though, Max Scherzer and Jacob deGrom would receive real consideration. Scherzer leads the NL with a 2.18 FIP and 5.7 fWAR, and deGrom, the reigning Cy Young winner, has recovered nicely from a somewhat slow start, posting a 2.56 ERA on the season with an 11.50 K/9. It is Ryu’s race to lose, but with an ERA as low as his, one bad start could shake the race up considerably.

Vladimir Guerrero Jr.’s victory in this category seemed preordained before the season, but his weak first half left the door open for Astros rookie DH Yordan Alvarez, who has been nothing short of incredible. In just 60 games, Alvarez has slugged 21 homers and managed a .329/.420/.703 slash line. Alvarez’s production will be tough for anyone in the AL to catch, so the 22-year-old slugger will likely add another award to the Astros’ growing trophy cabinet.

While the Mets’ season has seen its obligatory share of ups and downs, one consistent bright spot has been rookie first baseman Pete Alonso. Alonso will take home the NL Rookie of the Year award by a landslide on the back of his 148 wRC+ and franchise-record-breaking 42 home runs. Had budding superstar shortstop Fernando Tatis Jr. stayed healthy, this race may have gotten interesting, but now, “Polar Bear Pete” will become the Mets’ first ROY since deGrom in 2014.