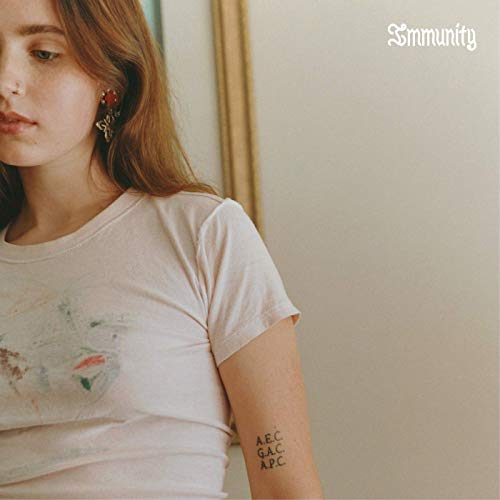 When Clairo released her debut album Immunity in August, it had been exactly two years since she uploaded the minimalist music video that led her song “Pretty Girl” to go viral. Although the intoxicatingly girly voice and intimate style of delivery that defines her early music have not been abandoned, Immunity has established Clairo as a mature and thoughtful creator.

Under the stage name Clairo, Claire Cottrill has been creating music since she was an early teen. Now 21, Cottrill has not only matured as an individual, but as an artist. This can be heard almost immediately in the first track of the album, “Alewife.” Somewhat abandoning the constraining “bedroom pop” style she was known for, “Alewife” is a delicate combination of polished piano playing, rhythmic drums and crisp vocals. Even further, it tells the story of a friend stopping her from commiting suicide — creating a new foundation for more storytelling in her songs.

This growth, both musically and lyrically, was distilled and perfected through the help of producer Rostam. Having previously worked with Frank Ocean, Danielle Haim and being a former member of Vampire Weekend, Rostam is a powerful force of musical genius (to say the least). With Immunity, you can see how his particular touch takes Cottrill’s talent to another level — he brings her vocals to the forefront, rather than hiding them behind the instrumentals; he clarifies the strums of Cottrill’s guitar that were often muddled in her early tracks. Simply, Rostam elevated many of the elements already present in her music.

Released as singles, “Bags” and “Sofia” are standout tracks that show just how well Cottrill and Rostam work together. While they are both about her growing into her sexuality and her first experience with a girl, they each take a different path. “Bags” is much more serious — the lyrics seeping with worries about telling a friend how she feels, and that person ultimately leaving because they don’t feel the same way. Harkening back to “4EVER,” “Sofia” is much more playful. In a tweet, Cottrill wrote that the song was inspired by famous women she had crushes on: “This was my way of making a celebratory song about this discovery while maintaining the cheesy/corny lyrics you’d normally find in songs where you profess your love.”

After listening to this album from start to finish more times than I’d like to admit, I truly don’t have the urge to press skip on any of the songs. “Impossible,” the second track, is both deeply personal and universally relatable — a conversation with an old partner that ends up dredging up emotions, feelings and past love while trying to seek closure. The last and longest song on the album, “I Wouldn’t Ask You,” pushes almost seven minutes. Including a children’s chorus — which is the only feature on the album and is incorporated into other songs — the piece is divided into two distinct parts. Creating a powerful shift, it explores how her severe rheumatoid arthritis has both affected her own psyche and her romantic relationships with others.

Immunity is really impressive. All of the work and emotion put into this album is so palpable — it pours out of each and every word and beat. Ultimately, Clairo was launched into the forefront of the Indie-pop scene because of her ethereal voice and lo-fi beats. Now, however, she has established herself as a true creative and earned a spot in the hearts of many, musicians and appreciators alike.