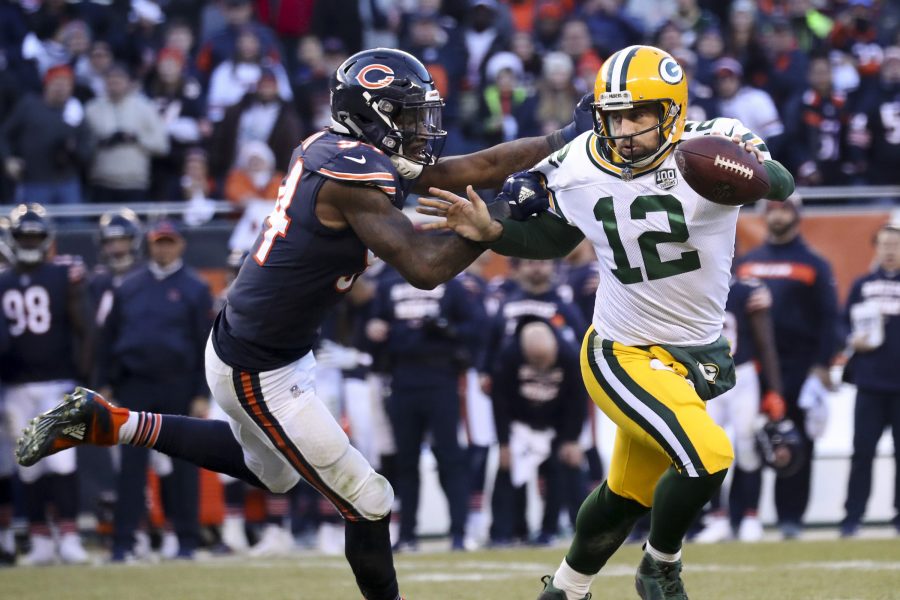 A long, eventful offseason draws to an end on Thursday night, as the 199th installment of one of the most storied rivalries in professional football kicks off the regular season. I’ll preview the key matchups that will propel us from preseason nothingness into the throws of regular season action and drama.

Packers 97, Bears 95. That’s not a score prediction, even though it seems reasonable in today’s NFL. No, that’s the number of wins for each team in this rivalry series. That alone is convincing that watching this game is a great way to spend your Thursday evening. The X’s and O’s are just as compelling, as this matchup pits one of the greatest modern quarterbacks — Aaron Rodgers — against, statistically, the NFL’s best defense from a year ago. This will be a fun one to watch.

The Los Angeles Rams finished second in the NFL in offensive scoring last year, but still have a bad taste in their mouths after putting up just three points in a Super Bowl loss to the Patriots. They will be looking to prove a point when they come to Charlotte this Sunday, and I foresee them doing just that. Panthers fans should not lose hope, as anything can happen when the ball is in Cam Newton’s hands (whether that’s a good or a bad thing). Even in a loss, the Panthers can still prove quite a bit about themselves as NFC contenders by competing against a stacked Rams team.

Utter shock and some regrettable booing echoed throughout Indianapolis in August when Andrew Luck, the team’s 29-year-old superstar quarterback announced his retirement due to injuries. The Colts have little time to mourn, as they travel to LA to take on a Chargers team that won 12 games in the regular season last year. Fortunately for the Colts, backup quarterback Jacoby Brissett is no stranger to pressure. He started two games for the Patriots in relief of Tom Brady and Jimmy Garoppolo in 2016. The Patriots’ fans have high expectations to say the least, and Brissett managed a 1-1 record after being the third stringer just weeks before. Look for Brissett to impress if his offensive line can keep him protected.

Two AFC favorites look to quiet the few doubters that they have in this huge matchup. The Steelers parted ways with two stars over the last year in wide receiver Antonio Brown and running back Le’Veon Bell. Proving that those departures were addition by subtraction will be no small task, but veteran quarterback Ben Roethlisberger and new No. 1 receiver Juju Smith-Schuster have the privilege of attempting to do just that against a fundamentally sound New England defense. The other sideline will produce now 42-year-old Tom Brady, eager to prove once again that he is truly an ageless football-throwing cyborg, whose sole purpose is to win football games and anger opposing fanbases. If you want to show somebody a good football game, this is the best opportunity this weekend.