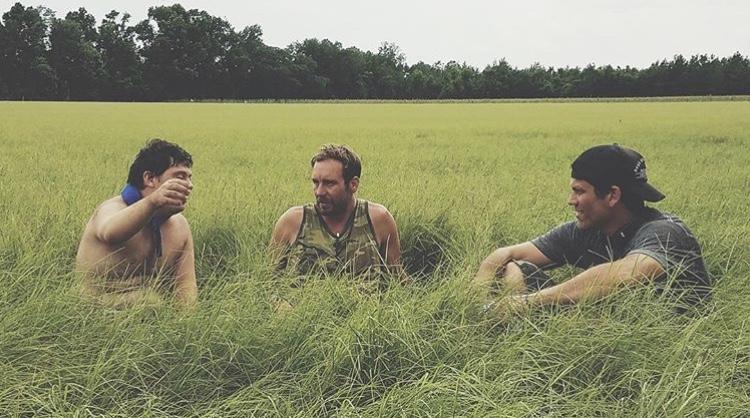 Films about or involving disabled characters walk a tricky line between establishing an egalitarian intimacy and chastising audiences for their own insensitivity. A film’s potential message can often masquerade as a venerable reason to exist, confusing art and aesthetics with ideological fervor, but convincing ideas always require some sort of aesthetic persuasion to endure.

Thankfully, The Peanut Butter Falcon, an endearing backwater bromance between an outlaw (Shia LaBeouf) and a man with Down syndrome (Zak Gottsagen), tells of a coincidental communion rather than a banal moral awakening. Tyler (LaBeouf) and Zak (Gottsagen) do not change each other as much as they bounce off each other, offering fresh eyes to each’s distinct despair. One helps the other slice through his own hard-heartedness and return to an empathetic core, avoiding one-sided revelation for a downplayed renaissance.

Zak (Gottsagen) is a 22-year-old man with Down syndrome, living in an old folks’ home and clinging to a dream of becoming a professional wrestler. To do so, he thinks he must attend a training school run by the infamous Saltwater Redneck (a gimmicky, WWE-type infused with the hulking kindness of Thomas Haden Church). So swayed is Zak by the school’s promotional video that he stages an escape, is caught and gets labeled a “flight risk.” As the film lengthens, we realize “flight risk” means more than just liable to flee. It means Zak, deemed incompetent and burdensome by society, becomes a risk if let live a full life.

We soon meet Tyler (Shia LaBeouf), a local North Carolina crabber illegally reeling in catch. After Tyler is beat by the violent, vindictive thugs (John Hawkes, slimy as ever) whose load he filched, he burns all their catching equipment and flees. Zak, nearby, soon manages a second breakout, slipping the auspices of his kind but idealistic caretaker Eleanor (Dakota Johnson) and ends up hiding in the same boat Tyler hijacks to orchestrate his own escape. Eleanor, charged by her simpleton boss, must track Zak down to avoid involving the real authorities.

The two men begin a journey, after Tyler learns Zak himself is a runaway, to help Zak become a wrestler, and, in a premise ripped right from Huck Finn, drift downstream on a makeshift raft. At times, the raft is shot against such gilded twilight and with such rippling torsion it looks like “The Raft of the Medusa.” At others, its carried lazily downstream as viewers conjure meanness from the surrounding density, like an Alligator Alley version of Apocalypse Now.

Oozing a kind of back-country menace, the film is peopled with the same sort of malnourished, chain-smoking malingerers as Netflix’s Bloodline, although Falcon takes place in the similarly sticky heat of the North Carolina instead of the Florida Keys. Crocodiles glide through the murk, bugs create an airborne impasto and water, all around, slaps up against nearly every shot. The dampness hangs on people like a weight, eventually absorbed into a pervasive and enfeebling madness. At least that’s what the inevitable, weather-fed aesthetics of Falcon imply, making Tyler and Zak’s return to lucidity doubly heroic.

Shia LaBeouf, perhaps the most garrulous man in Hollywood, remains as intense as ever, so convincing in his role that I was half-persuaded the film was just found footage of LaBeouf himself in disrepair. He has always been a stunningly instinctive actor, without even a whiff of hesitance, who entrances audiences with his wisecracking rhapsodies. In Falcon, his words reign down like bits of astral matter — brusque, quick-witted flecks of fire, received by Zak as novel instances of friendship. Zak responds with a full-throated innocence and awe that breaks Tyler down into a more thoughtful version of himself. A character (and man) with little pretense, Tyler engulfs Zak in the raw energy of communion, dug in by Zak’s reflective responses.

Note: LaBeouf even spits a string of his iconic, same-word directives as he implores a boat to “Gogogogogo!,” reifying my Transformers nostalgia and cementing him in the exclamatory canon.

There also exists in Falcon a kind of observant, visual engagement reminiscent of Alan Parker’s films. From Mississippi Burning, where Parker lingers on peripheral faces to show the racial animus suffusing the film, to Angel Heart, where the capital of standing-water, New Orleans, is shot as a collage of steamy streets squirming with rakish characters that send Mickey Rourke off sanity’s cliff. In Falcon, similarly minute observations collect into an immersive space unique to the film. Pointed shots of stoic storks and snatching crabs, cow licked reeds and groaning flotsam, intercede as aesthetic enhancements. The film is just as interested in bodies moving among a stagnant, bilious swampland as it is with scripted dialogue.

“Likeness is the problem of men,” Richard Powers says in The Overstory, which perfectly characterizes Zak’s disadvantage and Tyler’s remediation of it. Zak, Tyler says, simply cannot do some things that others can, but gets consigned to a kind of slightly condescending care instead of a natural life. Having lost a brother (Jon Bernthal, perfect in fraternity) to drunk driving (shown to us in flashback, as Tyler nods off at the wheel), we understand Tyler’s tenuous moral choices as pain-addled wandering and guilt. Zak helps return Tyler from tragic quitter to attentive friend; Tyler breaks Zak out of insulated embarrassment into considerate adulthood. Those who feel guilt weld themselves to pain, foisting it upon their conscience as eternal punishment, and sometimes it is only the strange, unsolicited perspective of others than can resuscitate us.