Barcelona Appeals To All Interests 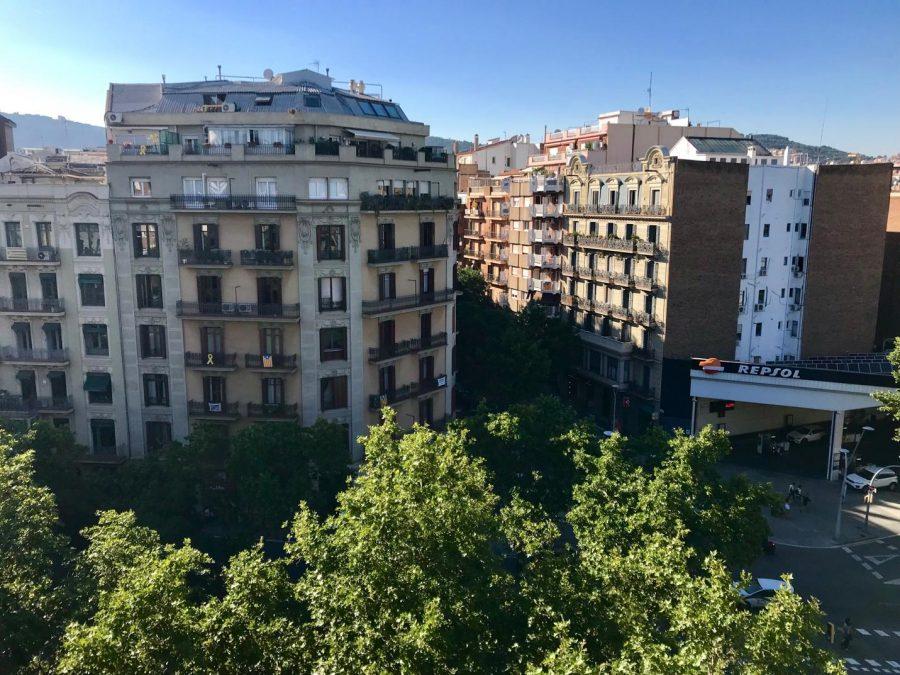 The first stop on my Spain adventure this past summer was the beautiful city of Barcelona. Admittedly, my mom and I had some challenges (we got pick-pocketed and were very jet-lagged); however, I still thoroughly appreciated my time there.

We stayed in Barcelona for about five days at an Airbnb along one of the main avenues of the city. Since we did not rent a car, we mainly traveled on foot or through the public transit system. The metro was easily navigable, but walking was the most convenient, and there were many restaurants, shopping opportunities and landmarks within 10-15 minutes of us.

For restaurant options, I would recommend looking around your immediate area; there are plenty of cafés and a variety of options within minutes of practically anywhere in the city. Also, don’t be afraid to stop somewhere that looks interesting to you. A lot of our great food experiences were found by chance when exploring a new area.

On the first day, we went to La Sagrada Família, which is a Roman Catholic church that has been under construction since 1882. Unfortunately, we didn’t purchase tickets, so we didn’t go inside, but the outside was spectacular. Afterwards, we visited the Arc de Triomf, which was originally built as the access gate for the 1888 Barcelona World Fair. It was quite ornate and attracted lots of tourists.

For fans of architecture, I would also recommend visiting La Pedrera, Casa Milà. It was built by Antoni Guadí for the Milà family, who lived in the main floor and rented out the other apartments in the building. Guadí took his inspiration for the building from the organic lines in nature, and it was truly unlike anything I’d ever seen. It was one of my favorite experiences on the trip. We were able to walk through the main apartment and go on the roof.

There were some places we went that I thought were worth seeing once to experience it for myself, but that I would not go back to. La Rambla, which is a street that acts as the border between two quarters Barri Gòtic and El Raval, is a popular tourist attraction. While there were plenty of shops lining the street, it was very crowded. However, the side streets had less foot traffic and lots of shops to explore.

Barceloneta Beach was another location I’m glad to have experienced, but I’d explore another beach if given the opportunity. It was very crowded, and there were many vendors walking around trying to sell towels and drinks; they were eventually told to leave by the police. The view of the water was amazing though, and we ended up eating lunch overlooking the ocean.

Overall, there was never a dull moment in Barcelona. I loved the liveliness of the city while enjoying taking the time to share a meal or coffee. After my first experience in Spain, I’m very grateful I got the opportunity to go.