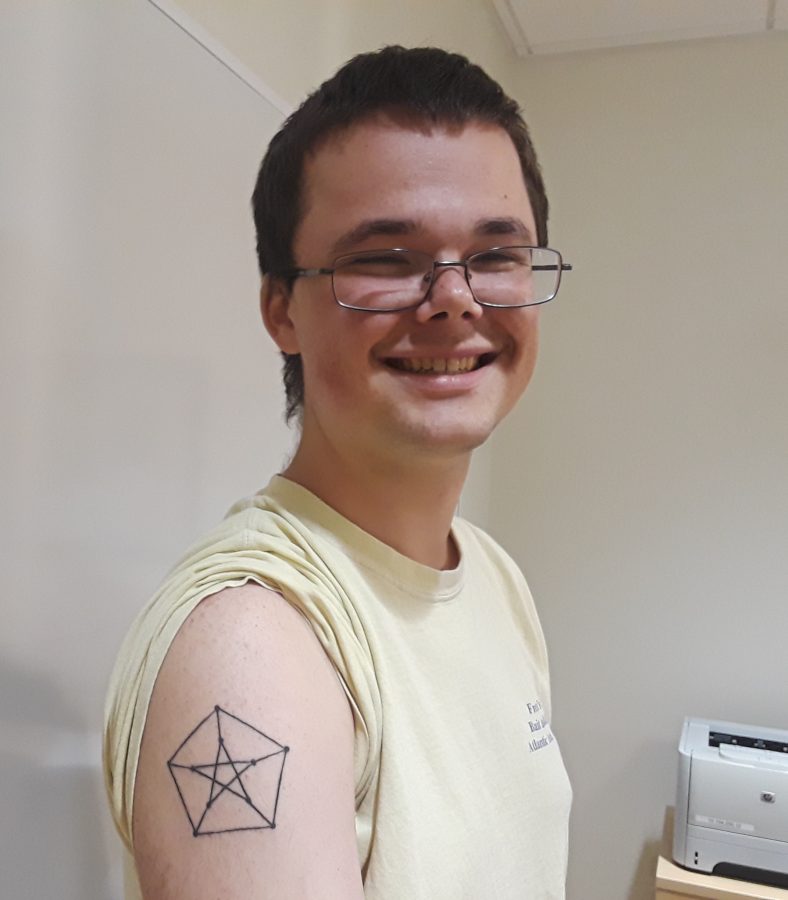 Dylan King is a senior majoring in mathematics and computer science and minoring in chemistry. He grew up in Walnut Cove, N.C.

He was named a 2018 Barry S. Goldwater Scholar during his sophomore year before going on to work for the government during the subsequent summer. He also studied mathematics in Budapest, Hungary, during the 2018-2019 academic year. After he graduates, he plans to attend graduate school for mathematics.

Tell me a little about your home life.

I am from Walnut Cove, N.C., a very rural southern town. Outside of their day jobs, my parents run a small farm. We have about 30 sheep, a llama, a couple of dogs, about 30 chickens and five geese.

What are your parents’ day jobs?

My parents are chemists and teach in the chemistry department here at Wake Forest.

Have you always liked math?

Yes, but it was a gradual process. I always thought it was okay, but senior year of high school was when I decided that I really liked it. I first noticed it when we covered Euler’s Method in calculus. It was phenomenal, and my teacher said that I should read about it on Wikipedia. I was sure that I was not smart enough to do that, but I tried anyway, and discovered that I could, and I fell in love from there.

Are there any teachers (other than your parents) who have been especially impactful to your life?

Yes, to Dr. Gemmer and Dr. Raynor from the math department I owe very much. They helped introduce me to my favorite subject, analysis, encouraged me to pursue it further and pushed me to learn. They always give great advice.

I understand you’ve seen some success — the Goldwater Scholarship in 2018, for example. Do you have any advice for young math professionals trying to make their way in the world?

Nothing special. Just work really hard, which is obvious. At the end of the day, you can only control how hard you work. Talent is irrelevant; you can’t do anything about it. I wish I was better at math innately, but I’m not. So, the solution is that you have to work really hard and put the hours in. It’s like going to the gym, but for academics. You will get stronger.

That’s very inspirational. What do you like to do when you’re not doing math?

Well I guess the most consistent thing I do is my Wake Radio show. It’s been going since the spring of 2017, although I did take a one-year hiatus while I was in Hungary. I just love listening to rap music, and I don’t know why.

Denzel Curry. He brought Rick Ross back for “BIRDZ,” and it’s incredible.

That’s an interesting tattoo. What is it?