Peru’s Past Affects The World’s Future 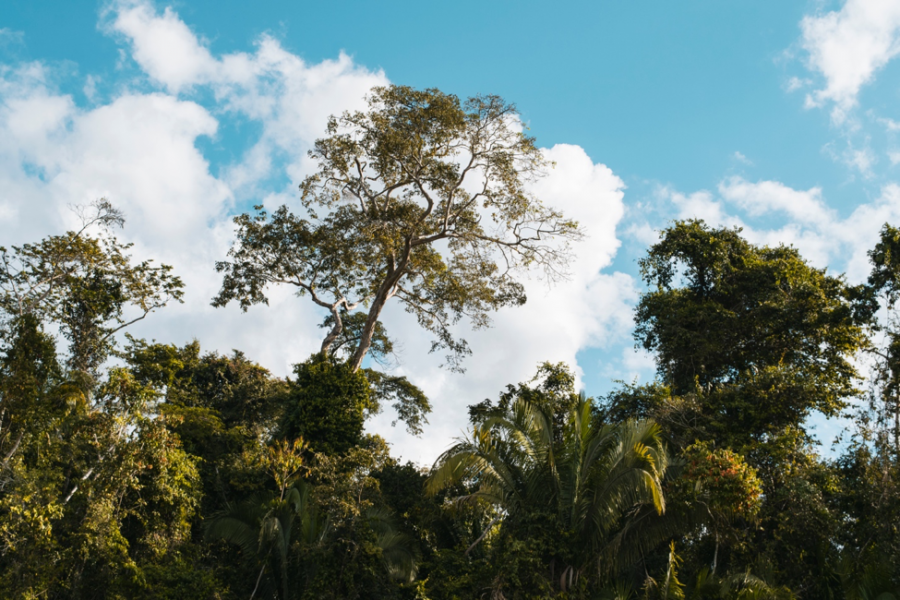 Walking through the dense tropical forest undergrowth in the thick Amazonian heat, the first thing you notice is the sheer richness of life teeming from every nook and corner around you.

One looks from the trees in the canopy, to the insects on the ground to the birds whose songs fill the air. But, there is so much more than meets the eye to this lush landscape.

Just below the surface, all of this is rooted in a darker history, plagued with corruption and abuses to human life and the land which they occupy. And this past is putting the future in jeopardy, too.

Not just of Peru and upper Amazonia, but of the world as a whole.

The Amazon rainforest provides more than 20% of oxygen to the globe, as well as functioning as a habitat for more than half of the world’s total species, despite occupying just 2% of total surface area.

He also explained how most of the processes that govern these landscapes remain vastly understudied and vastly misunderstood.

Silman has been making research trips throughout upper Amazonia, specifically in Peru, for more than thirty years. From his studies focused on the tropical forest ecology and ecosystem dynamics of birds, trees and other organisms, he says he can notice a marked difference between when he first began and  now.

These changes, originating from the hands of human greed in the form of the expanding mining and logging industries, have effects that expand far past the borders of the Amazon.

As mining and logging, both legal and illegal, continue to devastate the landscape and the people who rely on it for their existence, attention is turned to the government, which has sat idly by for decades as these atrocities are committed.

Peru’s history is so complexly interwoven with layers of corruption that it has essentially become part of the fabric of the nation’s identity, dating all the way back to original Spanish conquests in the 1500’s.

The election of the new president, Martín Vizcarra, following the resignation of scandal-hit Pablo Kuczynski, marks a new era of promised change. A shift from serving the corrupt political class to the working class Peruvian population, a new era of environmental referendum and justice for those who have been overlooked for decades now.

But will these promised changes actually have a lasting effect?

Some of the most intensely affected by these corrupt rulers and poor policies are poor populations and indigenous groups — and there is often large overlap between the two.

Indigenous groups have a special interest in preserving and protecting wild areas of Amazonia and are especially effective at doing so. First, they have been living with the land, rather than on it, for hundreds of years, long before the Spanish stepped foot on the continent and forever changed it.

They also recognize the way outside pressures permanently change every aspect of the land, from mining and deforestation, to oil exploitation, to the drug production and human trafficking that often follow these aforementioned activities.

“Imagine it like old American wild west movies, only without the horses,” shares translator Marianne van Vlaardingen from Quertehauri.

Environmental disruptions and destruction to human life go hand and hand here more often than not, which only further complicates the state of matters.

Although worthwhile legislation is written, it is rarely, if ever, enforced. And if it is, it often causes a barrage of cascading conflicts.

More than just a forest

As the integrity of these tropical forests continues to fragment and diminish — at an estimated rate of 100,000 acres per day (United Nations) — there is so much more at stake than humans can even begin to quantify.

Change is not a concept new to Amazonia. But the type of changes being observed — contamination and destruction at this scope — are entirely unprecedented.

Almost every aspect of our lives is supported by a resource originating from this ecosystem.

More than 25% of ingredients in Western pharmaceuticals are derived from the rainforest.

At least 80% of the world’s total developed food originates from the tropics.

But these are just some surface level statistics. The real effects of unrestrained use are much greater. The earth operates in a system of vast interconnectedness, with the exact driving mechanisms of complex processes still remaining largely unexplained.

According to biologist John Kricher, the rainforest functions essentially as a “global thermostat,” absorbing minor changes in climate and keeping the rest of the system in balance: a global climatic anchor.

This anchor is of even higher importance, as emissions continue to increase around the world every year; acting as a primary carbon reservoir, storing carbon dioxide and other greenhouse gasses and producing a large percent of the world’s oxygen.

Beyond the inherent value of the richness of biodiversity of plant and animal species, everyday life would look very much different in a world without tropical rainforests.

Who knows what it will look like if the system gets pushed past the threshold of balance? Will the Earth plunge past a point of no return?