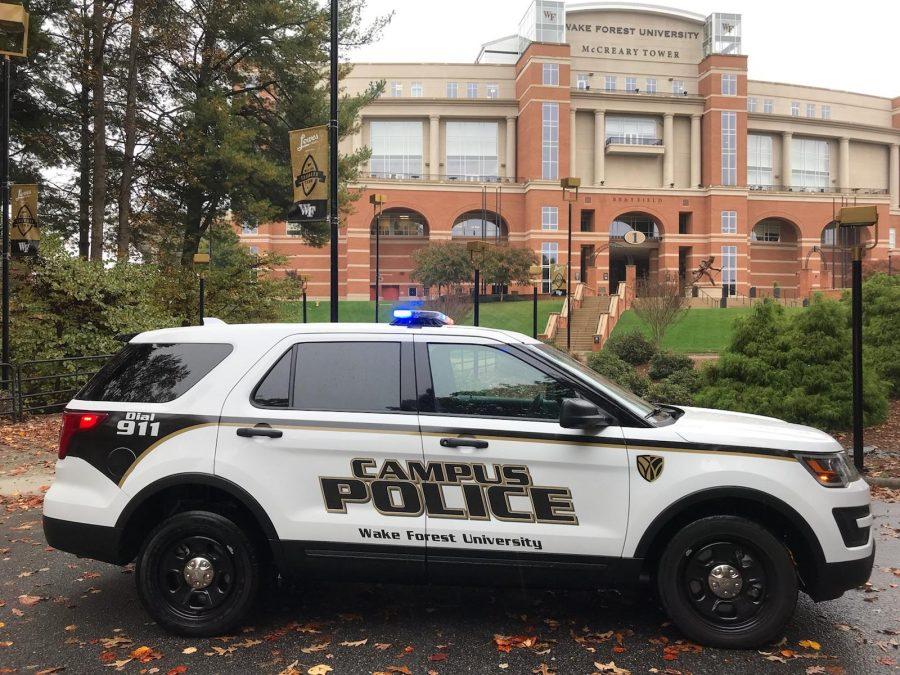 On the evening of Sept. 16, Wake Forest graduate students living on Polo Road discovered an intruder had entered their home: a bullet.

The rest of the student body was alerted when the university sent out a crime alert email.

“A bullet was fired into a university-owned house on Polo Road. None of the house’s occupants, all graduate students, were injured,” the email said. “Police believe the shot was fired at approximately 7:15 p.m. It was nearly an hour later before the residents of the house realized what had happened and contacted police.”

The Old Gold & Black reached out to University Police’s Executive Officer Blake Blakley for comment, but he was unable to do so in time for publication.

This week has been quite busy for the University Police department. On Tuesday, another crime alert was sent to the student body regarding an inflammatory series of emails utilizing offensive, racist language that were sent on Sept. 10 and 11 to numerous on-campus organizations and individuals. These include the Department of Sociology, the Department of Women, Gender and Sexuality Studies, the Office of Diversity and Inclusion, the LGBTQ+ Center, and the Intercultural Center. The email also said that campus police’s presence on campus was increased around the affected organizations’ on-campus spaces.

A third crime alert, sent on Wednesday, reported a rape of a student that is alleged to have occurred on Sept. 14, in Angelou. This notice included numerous phone numbers and emails for different organizations that students could use for support, including the Counseling Center and the Title IX Office. The emails indicate that the university administration is working to help their students heal from these incidents as well as prevent new ones; yet the frequency and intensity of recent events have raised questions about their safety and security in university housing.

Wake Forest Properties, the residential organization that offers a section of housing exclusively established for graduate students, recommends that those concerned refer to the safety tips offered on the University Police website. The penetrated domicile on Polo Road is among these 30 houses. Hope Jordan, portfolio manager for the organization, said that their properties’ security falls under the auspices of University Police.

The Winston-Salem Police Department also responded to the victims’ call. When asked, they stated that they were not at liberty to comment on any particulars of the case, citing the legal barriers created by victims’ rights laws. However, they did comment on their relationship with Wake Forest University Police:

“They are outstanding in their assistance to us,” said Sgt. D. Battjes of the traffic enforcement unit. “They are an excellent resource for events off campus and on campus as well, and they get our assistance at football and basketball games, for example. I would not change a thing.”

Although many students, especially those living off-campus, may be unsettled by recent events, they can be assured that University Police and the local department are doing everything they can to minimize incidents and to ensure students’ safety.