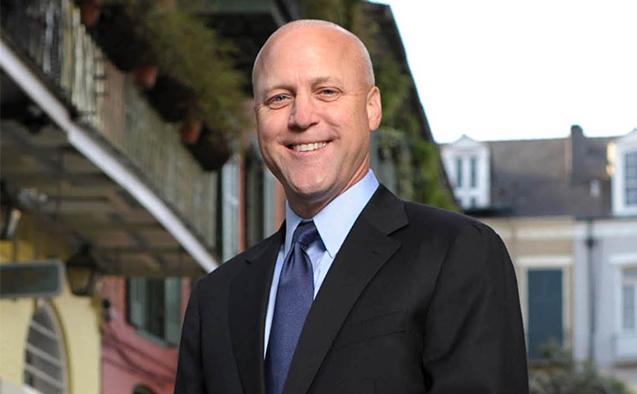 Former Louisiana Lt. Gov. and New Orleans Mayor Mitch Landrieu spoke at Wake Forest this past Tuesday, as part of the university’s Voices of Our Time series.

Audience members nodded along in admiration as Landrieu recounted his personal experiences with race and discussed the broader history of slavery, race relations and institutional inequalities that continue to plague America.

Landrieu’s story began with Hurricane Katrina and its damaging impact on New Orleans in 2005. The aftermath called for a great deal of reconstruction, both in terms of reviving infrastructure and redefining the city’s morals.

“When I had the great joy of taking over the city,” Landrieu said, “I started thinking about how the city should be rebuilt. Are we going to bring it back to the way it was? Or are we going to build something new?”

Having lived in New Orleans all his life, Landrieu knew the city in all its glory. “New Orleans is a blessed city,” he said, “It’s a wonderful place and it’s got great bones. But the city wasn’t great the night before Katrina hit.”

As his team began rebuilding, they had been going through a lot of work on their race and equity agenda, ultimately coming to the realization that the city should not be rebuilt the way it had been.

“Instead,” Landrieu said, “it ought to be built back the way it should have been, had it been done right in the first place.”

He was referring to the parts of New Orleans that made the city an inhospitable place for African-Americans and other minorities — namely, the four infamous monuments commemorating the Lost Cause and the Confederacy.

After a conversation with his close friend, Wynton Marsalis, who asked Landrieu to think about the statues from the perspective of African Americans and to “put himself in somebody else’s shoes,” Landrieu realized that these statues reflected an unrealistic view of the history of New Orleans.

“Robert E. Lee never came to our city, nor did his vision represent us. We were never really a Confederate town,” Landrieu said.

Landrieu eventually came to the conclusion that if New Orleans was going to be truthful to itself in a full capacity — a place that values diversity and a place of rich and deep culture — then the monuments ought to be taken down and the space be used to reflect “the city’s full soul and full breadth.” After numerous court cases, judges, death threats and other obstacles, the four monuments finally came down.

Landrieu, however, hoped his message would reach beyond the city’s walls. He hoped to convey the idea that America as a whole should live up to the ideals that it has set for itself.

“We hold these truths to be self-evident that all men are created equal,” he said. “Well, when that was written, that was a lie. If that’s who we say we are, we have to ask ourselves: have we walked that walk? Have we talked the talk?”

Landrieu connected this point to his discussion on institutional racism, in which he explained that many systems in our society have been designed to produce negative consequences for people of color, typically invisible to those who do not experience them.

“I’d like to think that if we had a house or a car that was misdesigned, we would go back and design it the right way,” Landrieu said.

In the same way, institutional racism imposes a responsibility on us to go back and redesign racially-flawed systems the right way.

How exactly can we redesign the system? Through conversation and empathy, according to Landrieu.

He felt passionately that people will never understand each other until they break through the barrier of ignorance and surround themselves with those who are not like them.

“It’s skin-to-skin, hand-to-hand, conversation-to-conversation,” he said. “If people are honest and open and get to know each other, we are going to find out that as different as we are, we all have the same basic human values, the same basic needs and the same human rights.”

His view was not shared by everyone, however.

“It was really interesting to hear him speak about his amazing accomplishments in the past,” said sophomore Olivia Thonson. “He had good intentions, but I feel as though the way he spoke about confronting racism oversimplified it. Confronting racism is much more complicated than an ‘I am sorry’ and an ‘I forgive you.’”

Regardless of differing opinions, Landrieu’s discussion received a standing ovation.