The Filibuster Has Morphed Into A Dilatory Strategy 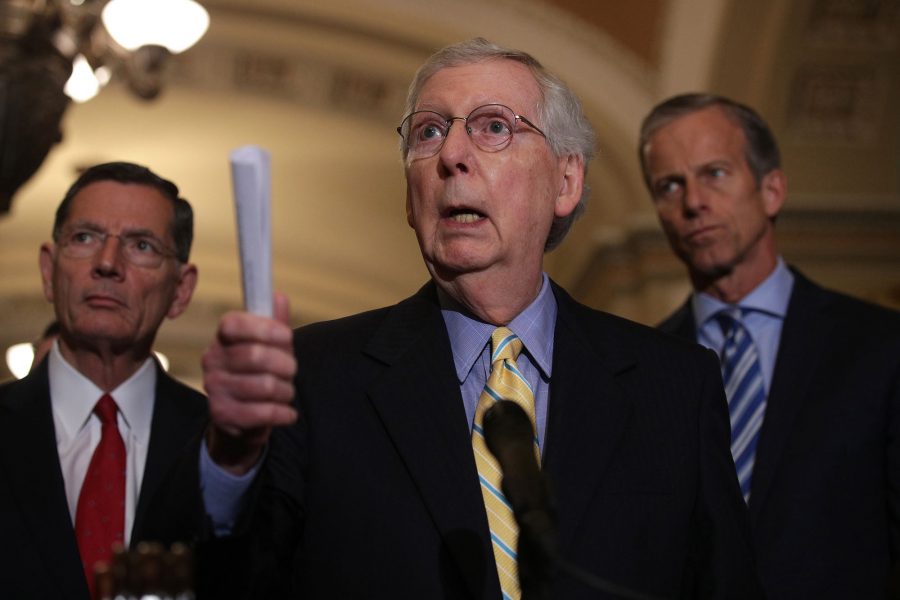 Sen. Mitch McConnell (R-Ky.) speaks at the U.S. Capitol on June 11, 2019, in Washington, D.C. At least 10 judicial nominees McConnell helped to block under President Obama have been confirmed after Donald Trump's election. (Alex Wong/Getty Images/TNS) **FOR USE WITH THIS STORY ONLY**

Even if Democrats regain unified control of the White House and both chambers of Congress in 2020 (the biggest of “ifs”), the fate of their sweeping legislative agenda will rest on one fundamental question: Do they try and end the Senate filibuster?

Those who have seen the classic film Mr. Smith Goes to Washington are familiar with the arcane U.S. Senate rule, which allows senators to end debate only with a three-fifths majority vote, a device known as “cloture.” Thereby, 60 of the 100 senators must generally support legislation for it to pass. This supermajority requirement helps to empower the minority party, but it also makes ambitious changes much more difficult to enact. Whether or not to preserve it is a tough question for Democrats to answer. To be sure, without the legislative filibuster to constrain them, Republicans would have repealed the Affordable Care Act, and, if Majority Leader Mitch McConnell had not obliterated the judicial filibuster, Democrats might have kept Donald Trump’s most objectionable court picks off of the federal bench, the Supreme Court included.

Even so, if the legislative filibuster remains in its current state, it will undoubtedly be used by Republicans to stymie any Democratic agenda post-2020, just as Democrats have used it to put the brakes on the subset of Trump’s initiatives that have required legislative action. Our current field of primary contenders is by no means short on big ideas, but none of their policy proposals, from Elizabeth Warren’s Ultra-Millionaire Tax to Beto O’Rourke’s AR-15 buyback program, have a prayer of becoming law if the Senate rule requiring 60 votes to break a filibuster remains in place. For most fronts on which Democratic voters yearn for change — immigration, gun control, the climate, inequality — expecting bipartisan support from Republicans is delusional. Period. Thus, the question for Democrats becomes, “Are we going to get anything done or not?”

Such considerations prompted Harry Reid, a former U.S. senator from Nevada who led the Senate’s Democratic Conference from 2005 to 2017 and served as Majority Leader from 2007 to 2015, to urge Democrats in a New York Times op-ed to eliminate the filibuster when they regain control of the upper chamber.

“In bygone eras, the filibuster was a symbol of the Senate’s famed role as the cooling saucer for legislation and ideas from the more hot-tempered House of Representatives,” he wrote. “The Senate was known as ‘the world’s greatest deliberative body’ … and the 60-vote threshold reflected those sentiments. Sadly, we are not living in the same legislative world anymore.”

To be sure, while the Senate may have once been a place where cooperation and compromise held sway and issues could be discussed rationally, it is now more gridlocked and polarized than ever, and it cannot adequately serve the American people as an unworkable legislative graveyard. The filibuster has certainly contributed a great deal writ large to this dysfunction. While defenders of the procedure have portrayed it as a mechanism that forces the majority party to negotiate with the minority party, in today’s Washington, both parties have found it difficult to attract support from the other for their legislative initiatives under any circumstances. As a result, the filibuster has become simply a means for the minority to block the majority, rather than a stimulus to compromise.

Furthermore, there is absolutely nothing sacred about the filibuster. It is a myth that the filibuster was part of the Framers’ Constitutional vision for the Senate; while the upper chamber was designed to be a slow-moving, deliberative body that cherished minority rights, the supermajority cloture rule was not adopted until 1917. “If a pertinacious minority can control the opinion of a majority,” wrote Alexander Hamilton in Federalist No. 22, then “the majority, in order that something may be done, must conform to the views of the minority.” This dynamic would “give a tone to the national proceedings,” resulting in “tedious delays; continual negotiation and intrigue; contemptible compromises of the public good.”

Fundamentally, the Senate was built to govern, not to flounder in endless deliberation, and debate was supposed to inform and enrich the legislative process, not throw sand in the gears of lawmaking and bring it to a grinding halt. If Elizabeth Warren, Kamala Harris, Bernie Sanders, Cory Booker and their fellow senators in the race — all of whom know intimately the gridlock that the filibuster has caused — are serious about their ideas, their only choice is to abandon this dysfunctional procedure and lead their party to a firm consensus against a rule that the Framers never envisioned. It’s time for the Senate to get back to work.