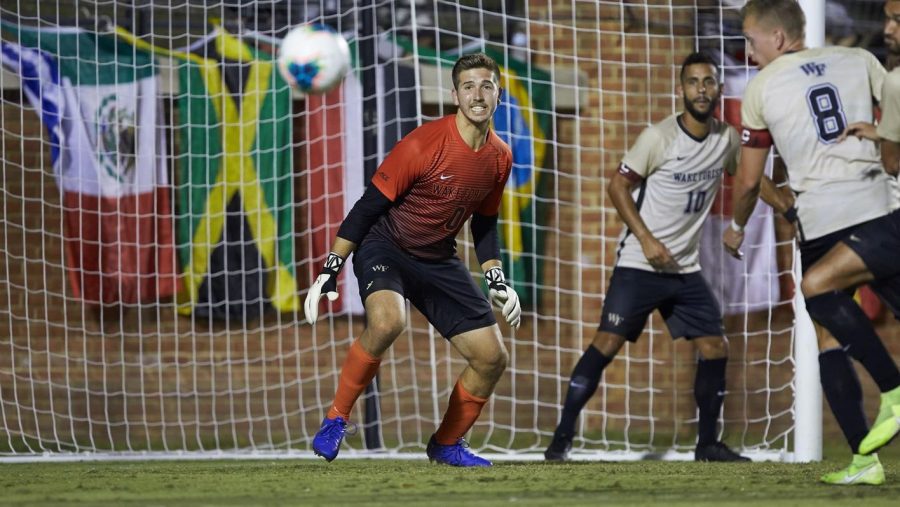 The ACC is widely considered to be the best soccer conference in the country. With three top-10 teams and seven top-25 teams in the U.S. Soccer Coaches Poll, it is difficult to argue against the consensus. The ACC is the type of league where every win counts and a few mistakes can ruin a team’s season. In their opening ACC matchup on Friday night, the No. 1 Wake Forest men’s soccer team dominated the University of Pittsburgh for a 2-0 victory. A few days later however, Wake Forest would slip up for the first time in 2019 and lose to James Madison University 1-0 in a non-conference matchup.

In the game against Pitt, longtime Wake Forest fans recognized a familiar face on the opposing sidelines. Pitt’s Head Coach Jay Vidovich was the Wake Forest head coach from 1994-2014. While at Wake Forest, Vidovich compiled a 272-121-50 record while winning five ACC titles and a national championship in 2007. Additionally, current Wake Forest Head Coach Bobby Muuss was an assistant under Vidovich from 2001-2007. Needless to say, the two sides knew each other well and the collective history made for a more interesting matchup.

On Friday night, the Demon Deacons headed to Pitt’s Ambrose Urbane Field for their first road game of the regular season. Wake Forest defender Michael Deshields opened up the scoring in the 34th minute. Sophomore midfielder Isaiah Parente was on the upper left corner of the 18-yard box and crossed a high ball to Deshields a few yards in front of the net. Deshields then brilliantly headed the ball into the right corner of the goal to give Wake Forest the 1-0 lead.

The second and final goal of the night for the Demon Deacons came in the 53rd minute. Junior Machop Chol had the ball on the left side of the box and then dribbled through multiple defenders before firing off a hard shot past the goalie to give Wake Forest the 2-0 lead an eventual victory.

On Tuesday, Wake Forest took on James Madison University on the road and lost 1-0 to break their five-game winning streak .

The first half featured a few close chances for the Demon Deacons but they were ultimately unable to see it through. Wake Forest’s first shot of the game came in the 12th minute from Parente. He fired the ball with his left foot, but the diving JMU goalie stopped the ball. The Wake Forest defense played well in the first half, giving up four shots, only one of which was on goal.

JMU pulled ahead early in the second half. In the 52nd minute senior midfielder Manuel Ferriol scored on a free kick from 19 yards out. The ball went a little over the Wake Forest wall and found the left side of the goal just out of goalie Pannenberg’s reach. Just 10 minutes later, it looked like the Demon Deacons would fall into a 2-0 hole when JMU was awarded a penalty kick. Manuel Ferriol fired a shot to the left side of the net, but Pannenberg dove and blocked the ball out of bounds to keep the score at 1-0.

Wake Forest’s best scoring opportunity of the night came in the 76th minute. The Deacs were awarded a penalty kick, but Bruno Lapa’s shot was saved by the James Madison goalie TJ Bush. JMU was then able to run the clock down and walk away with a 1-0 victory.

The Wake Forest offense had many close opportunities, but it was a career day for Bush, who finished the evening with seven saves. JMU outshot the Deacs 12-10, and both sides had seven shots on target.

With the loss, Wake Forest is likely to lose its No. 1 ranking in the polls. Luckily for the Demon Deacons, the loss was in a non-conference matchup, so it has no bearing on ACC standings. Wake Forest’s next game and home ACC opener is against Syracuse on Sept. 21 at 7:30 p.m. at Spry Stadium.