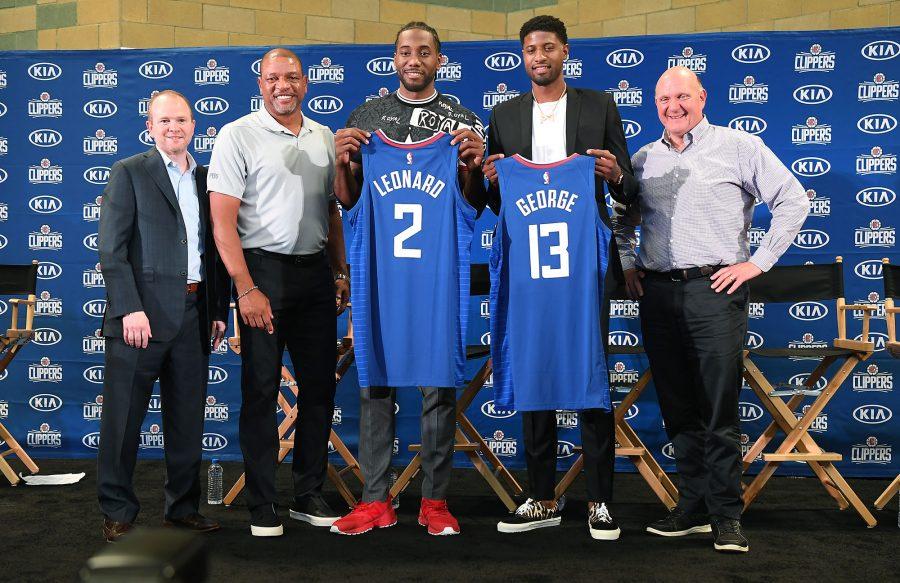 The NBA is back. Superstars have claimed their respective cities. The Clippers and the Lakers both vie for Los Angeles, the Warriors reload with DeAngelo Russell and the Hornets sink into the squalor of the NBA’s basement.

Here’s how things are shaping up for each team:

Cleveland is focused on a productive season of experience for rookie guard Darius Garland and sophomore Colin Sexton. The hope here is that Cedi Osman will take a leap.

It’s hard to make sense of what happened to the Knicks during this offseason. Solid players won’t help them; the only bright spot in the Garden is rookie RJ Barrett.

The Hornets have been officially removed from mediocrity. “Star” Terry Rozier will be given a chance to prove if his massive $58 million contract is woth it.

The Thunder will be forced to take a step back after the departures of superstars Rusell Westbrook and Paul George. However, there’s no reason why Chris Paul and company cannot remain competitive.

The Bulls have an attractive young core in Wendell Carter Jr. and Lauri Markkanen, but a lack of veteran leadership should keep them from the thick of the playoff race in a competitive East.

The Magic’s season will hinge on guard play. Markelle Fultz has not looked promising so far but deserves another opportunity.

The Acquisitions of Reddish, Parker and Hunter should heat things up for the duo of Trae Young and John Collins.

With the leading candidate for the 2019 Rookie of the Year award in Zion Williamson, the Pelicans look toward a bright future.

The Mavericks have their blockbuster European duo in Kristaps Porzingis and Luka Doncic. Do not expect them to get too far in the ultra competitive West.

The Heat and Jimmy Butler were made for each other. Young gem Tyler Herro will show out in his debut season.

The Raptors don’t have a title-contending roster, but things are still looking good for them in a crowded East.

Utah is one of the more complete defensive teams in the NBA with defensive genius Quin Snyder and 2018 Defensive Player of the Year in Rudy Goebert. The addition of Conley and Bogdanovic should open things up for Donovan Mitchell offensively.

Whiteside should help things out defensively for the Blazers. Look for them to compete for a spot in the Finals in the West.

The Warriors dynasty isn’t over yet. After a damaging year their core remains intact with the arrival of Russell.

Kyrie Irving and DeAndre Jordan should push these young Nets quite a bit. They’ll be more competitive than most will expect.

The pickup of Jerami Grant was the underrated move of

the offseason, which put the Nuggets near the top of the West.

The 76ers should take a step forward with the maturation of Embiid and Simmons’ improved shooting.

The Rockets are gambling with the pair of Westbrook and Harden. The upside is very high.

LeBron James is out for revenge, and he’s got one of the best teams in years to come for the crown.

The Bucks remain top dogs in the East after a depletion of their bench. Giannis and Middleton will be the difference makers here.

The Clippers are the favorites to win the title. They have the most dynamic team in the league that will draw considerable offensive planning for any opponent. The playoff version of Kawhi Leonard hasn’t been stopped yet.