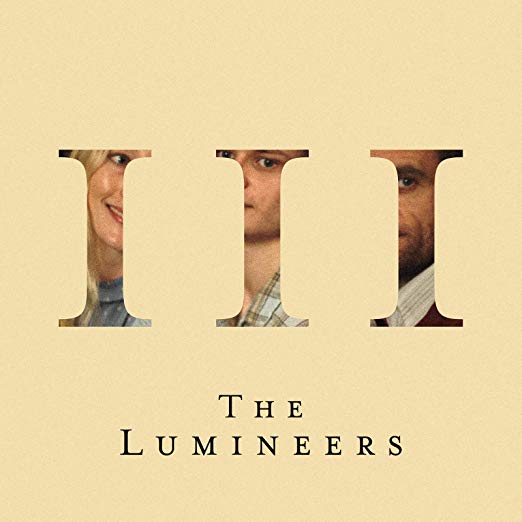 True fans of the Lumineers know that the folk rock/Americana band is far more complex than its smiley, foot-stomping smash hit “Ho Hey,” which reached the top of the charts in 2012, might lead one to believe.

Four years after their debut, the Lumineers returned with a weary, disillusioned sophomore album, Cleopatra. Over the summer, after three long years, writers and lead vocals Wesley Schultz and Jeremiah Fraites delivered III, their most deeply personal and raw album to date. In stark relief to the playful, flirtatious college-bar feel of the Lumineers’ earlier discography, such as in “Big Parade,” “Classy Girls” and “Submarines,” many songs in III radiate pain and heartbreak. However, III is still the Lumineers that we know and love: simple yet deeply deliberative in sound, genuine and emotive in lyrics and tone.

The album did not follow the release template most typical in the music industry. Rather than releasing a few singles in advance of a formal launch, the Lumineers divided the tracks into three small EPs or “chapters,” which were released over the span of four months. The third dropped on Sept. 13, completing the album along with a handful of bonus tracks. (Don’t skip the bonus tracks; the excellent cover of “Democracy” by Leonard Cohen adds a spot of brightness to a brooding and melancholy album.)

Those three chapters create a narrative tracing the devastating impact of drug addiction, alcoholism and abuse on three generations of one family — the first chronicles a mother, Gloria, and the subsequent two follow her son and grandson, Jimmy and Junior. Each song is accompanied by a music video, and together, they comprise a breathtakingly powerful 10-part short film, which has been accepted into the Toronto International Film Festival.

It is a narrative that Schultz and Fraites both know intimately. Schultz has a homeless relative who has battled mental illness and addiction, and Fraites’ brother, who was also Schultz’s best friend, passed away after a heroin overdose. “With drug addiction or alcoholism it really affects the individual and then it has a sort of fallout effect — similar to the effects of a radiation bomb — over time and over years and years, it continually tends to affect people’s loved ones,” Fraites said in an interview with NPR.

Overall, the Lumineers profoundly capture the sentiment that it is possible for members of a family to be ripped apart by dysfunction, yet still continue to love one another. The first EP and series of videos, which focus on Gloria, a family matriarch who begins a cycle of domestic and substance abuse, convey the feelings of helplessness often brought on by the terrible disease of addiction: “Gloria, will you just decide? / Gloria, there’s easier ways to die / Gloria, have you had enough?”

In the second EP and series of videos, we see Gloria’s grandson, Junior, grapple with the normal growing pains of teenagerhood, as well as the damage that two generations of alcoholism inflicted upon him. While “It Wasn’t Easy to be Happy For You” recounts the raw emotion of a first heartbreak, which many can relate to, it becomes clear that Junior’s pain cuts far deeper than a normal teenage boy post-breakup with the lines, “It wasn’t easy to be happy for you / I took the poison, praying you’d feel it too.” Further, in “Leader of the Landslide,” he comes to terms with the fact that his family were not people whom he could or should look up to: “She left, she left, she left, the writing’s on the wall / Please believe me, I smell the alcohol / The only thing I know is that we’re in too deep / And maybe when she’s dead and gone I’ll get some sleep.”

The last chapter explores Jimmy, Gloria’s son and Junior’s father. It is a despondent ending to the album, evoking a father’s desperation to save his sick son from his own demons. Although “Salt and the Sea” suggests a moment of hope — “I’ll be your friend in the daylight again / There we will be, like an old enemy / Like the salt and the sea” — it ultimately recognizes the overwhelming darkness of addiction and the extreme difficulty of breaking a generations-long cycle.