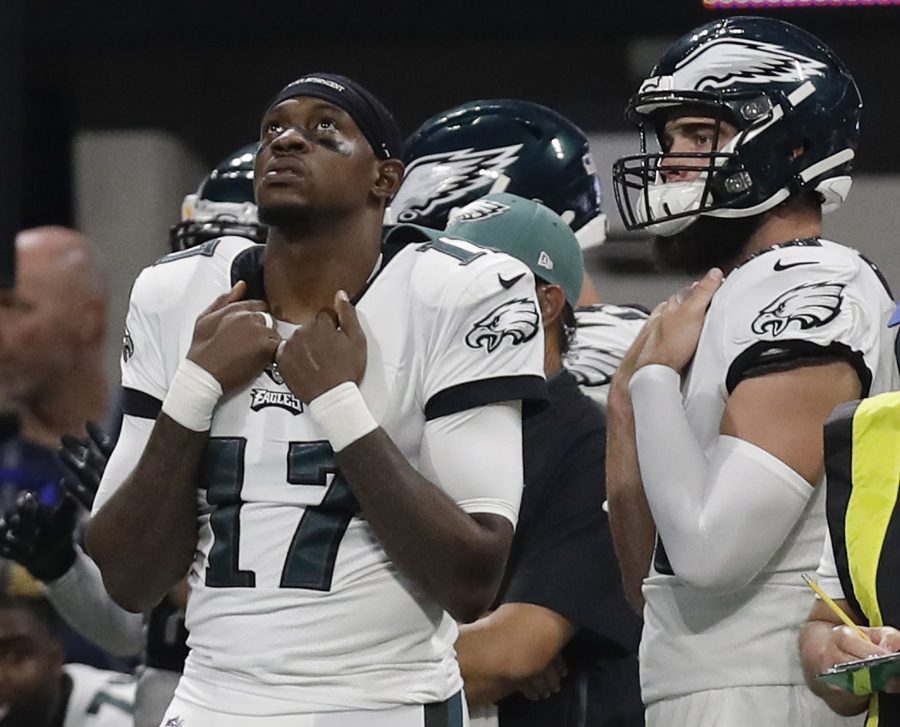 With both teams looking to pick up their first win of 2019, this game did not draw a lot of attention going into Week 3. Those who decided to watch were likely surprised to see Kyle Allen, the former undrafted free agent and Panthers practice squad player, torch the Cardinals defense for four passing touchdowns. Christian McCaffrey was a consistent force on the ground, proving that Allen will not have to be spectacular to keep the Panthers alive in Cam Newton’s absence. The Cardinals are unlikely to pick up their first win in Week 4 against the Seahawks and should focus on keeping Kyler Murray healthy.

Not many expected the Detroit Lions to escape the first three weeks of the season without a loss, but that is exactly where they have found themselves, following an excellent performance by their defense and special teams. Neither team could establish a ground game, and the Eagles in particular could not commit to a number one running back. Miles Sanders led the team with just 13 carries. Running back by committee has been a staple of the Chris Pederson era in Philly, and it has shown potential to work. However, with Carson Wentz only completing 53% of his passes, the Eagles will need somebody to step up at running back.

Down 17 points in the third quarter, the Falcons orchestrated a comeback attempt behind the arm of Matt Ryan. They drew within three points on two separate occasions, but they were unable to prevent the Colts offense from running out the clock to seal the win. Jacoby Brissett is looking calm and capable leading the Colts. Atlanta looks talented like always, but they need to find ways to put the pieces together. Both teams need to improve in order to challenge the front runners in their respective divisions, but the Colts and Falcons are both potential wild card teams with the ability to play with any team any week.

We have seen the growing pains as expected for the Packers offense with first year Head Coach Matt Lafleur. What we didn’t expect was the ability of the Green Bay defense to win games for the Packers. They look to keep the ball rolling against an Eagles team whose only consistency this season has been the lack of a running game. The Eagles are in danger of a 1-3 start and need to figure out some way to help Carson Wentz to reclaim his status as an elite NFL quarterback.

After three weeks, the New England Patriots and the Buffalo Bills are tied atop the AFC East, each at 3-0. I’m not sure two 3-0 records could represent more polar opposite resumes and expectations. The Patriots have dominated their three opponents through a versatile offense and what some are calling the top defense in the NFL. The Bills have struggled but ultimately have found ways to win. Even if an upset were to occur this Sunday, the Patriots will surely establish themselves as the much better team through the rest of this season. Still, this is an interesting matchup to gauge the gulf between the first and second-best teams in the NFC East.

In the only matchup of two true contenders this weekend, the Cowboys will travel to New Orleans looking to take advantage of the Brees-less Saints. This is a game the Cowboys absolutely need to win, as every game will matter in what will surely be a tight playoff  race atop the NFC. After this week, the Saints’ schedule eases up for the month of October, but emerging from a brutal first four weeks of the season with a 3-1 record would set them up with a nice insurance policy in case of an unforeseen loss later in the year. Both Latavius Murray and Alvin Kamara will need to show up in order to counteract Dak Preskott and Zeke Elliot. If you can only watch one game this week, stay up on Sunday night to catch this NFC showdown.