New “Call of Duty” Has Much To Offer, Some To Fix 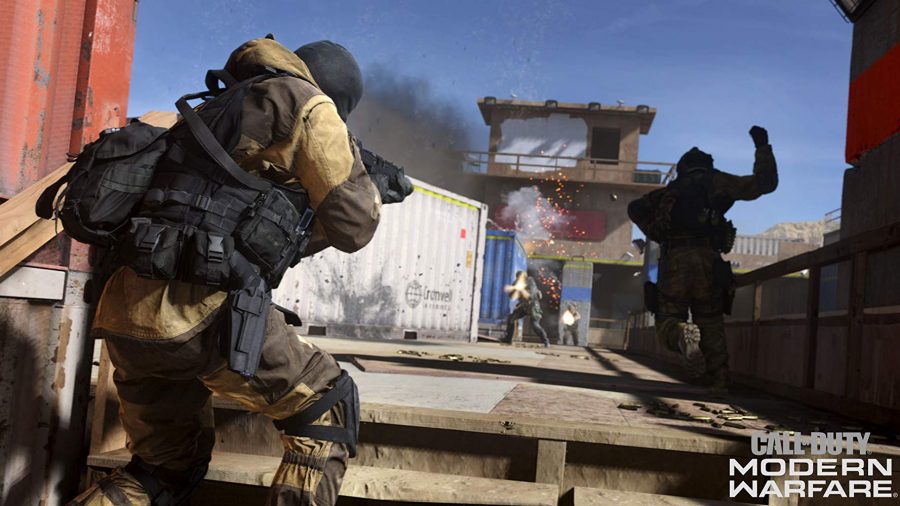 As the sixteenth entry in the main line of Call of Duty (COD) games, Call of Duty: Modern Warfare, set to release Oct. 25, has a lot to do in terms of avoiding tropes that were introduced, refined and worn out within the series’ 16 years of annual releases.

Over the past two weekends though, I, among thousands of other players, got the chance to preview what the new(est) Modern Warfare has to offer in a prerelease multiplayer beta, and the results were reassuring, mostly.

While I could probably fill a number of pages detailing all of the new features of the game, I’ll just focus on two new game modes that stood out to me, since I feel that they each significantly alter the COD formula in some way.

It’s worth mentioning that, while they are new to COD, none of the new game modes were entirely innovative, especially in the case of the new 64-player Ground War mode. This 32 v. 32 game is similar to the classic mode Domination, in which each team fights for sustained control of three small locations (flags) spread about the map. However it is essentially identical to Battlfield’s Conquest game mode, which has a larger play area, more flags and more players than Domination, and, how could I forget, vehicles.

While I welcome this change of pace (and scale) to COD, as I was playing, I found myself wishing that in the process of taking some pages out of Battlefield’s book, that Infinity Ward (Modern Warfare’s developer) had just taken the whole thing. Among some technical issues (those which betas are meant to reveal and will hopefully be fixed in the initial full release), such as a need for balancing the power and prominence of offensive vehicles and spawn locations that ranged from questionable to what my friend would describe as “spawn-and-get-wrecked,” there were other, equally disruptive issues that often times made the experience frustrating.

One of the game’s most frustrating features is that the layout of the map and its objectives are still largely linear; the flags are laid out in essentially a straight line. In my experience, this invariably led to bottlenecking at the center objective C and caused most of the fight to be focused around that one point.

I’ve found that this outcome is replicated on certain Battlefield maps that are similarly linear. The majority of maps in that game, though, have objectives surrounding the center on an additional axis, allowing for expeditionary efforts that can change the direction and flow of the game. I think COD’s Ground War would have benefited from these additional objectives and routes for movement; though, the beta only showcased one map for the game mode, so perhaps others are not as prone to an everlasting struggle for C.

On the opposite end of the scale is the new game mode Gunfight. This mode pits two teams of two players against each other in a simple death match; the first team to eliminate the other wins. This game mode was my personal favorite. I found it to be much more engaging, requiring more of a focus on quick-thinking strategy. This is not to say I’m some jaded pro that needs the added challenge, but the necessity for communication and accuracy made winning more rewarding (and losing more personal).

While this mode doesn’t deviate so much from what COD is known for, it feels much more honed to a polished experience focused on competition. I found myself playing round after round of Gunfight, unlike Groundwar, which got tiresome after one or two games.

While I haven’t come close to sharing all the features of the new Modern Warfare, perhaps I’ve shed some light on what new experiences it brings to the table, and what potential issues follow close behind. If you’d like to know more, Infinity Ward’s Twitter has links to recaps of each day’s beta experience, and there are endless YouTube videos showcasing gameplay.