Beards are more than a fashion statement 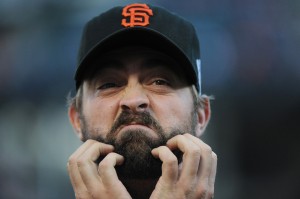 I would like to speak on behalf of the guys with ugly facial hair. To those of you with moustaches that are too thin or don’t connect with the hair on your chin to make a goatee, I understand your struggle. To those of you who lie awake at night and wonder why the abundance of hair on your neck could not be evenly distributed to the splotches on your cheeks, I often wonder the same thing. Often, others ask me when I plan on shaving again, as if they have a stake in my grooming habits. But I know that what they are doing: they are telling me that my beard stands out from the crowd for its imperfections.

When it comes to body hair, culture gives men only two viable options. One is to just get rid of all of it. This is the option most commonly practiced by the young, big-muscled movie stars and models whose shirtless pictures are forced upon us in every Calvin Klein ad. I like to call this the “naked mole rat” model of male body hair. The other option is to keep your beard perfectly manicured and spend as much time grooming it as the university spends on landscaping. This model is popular among hipsters and coding gurus who moved to San Francisco to practice what they call “rugged individualism.” To each his own. However, I do not see where the average guy has the time or the patience to shave to an extent that is considered culturally acceptable.

Now I understand that not every guy wants a beard. Beards can be itchy, hot and just uncomfortable for some. But I would argue that more often than not, men want to have  beards. They want to have some hair on their face to run their fingers through while deep in thought. They want to tame the wild frontier that is their face. A man should wear his beard proudly as a symbol of achieving the perfect level of comfort with his body. The man who grows his beard despite its imperfections has defeated the implicit messages in movies and advertising that tell men to “shave!” “shave!” shave!”

To men who are told often that facial hair is not a good look for them, I say it is. Facial hair cannot be boiled down to a simple fashion statement. It is not like clothes that you can buy and leave in the closet once they go out of style. Rather, facial hair is part of your body, and you should take pride in everything that is you.

So shave it if you must, but I personally would like to let my beard stand as a symbol of pride and a call for men to fight the cultural notions of what is attractive and unattractive.