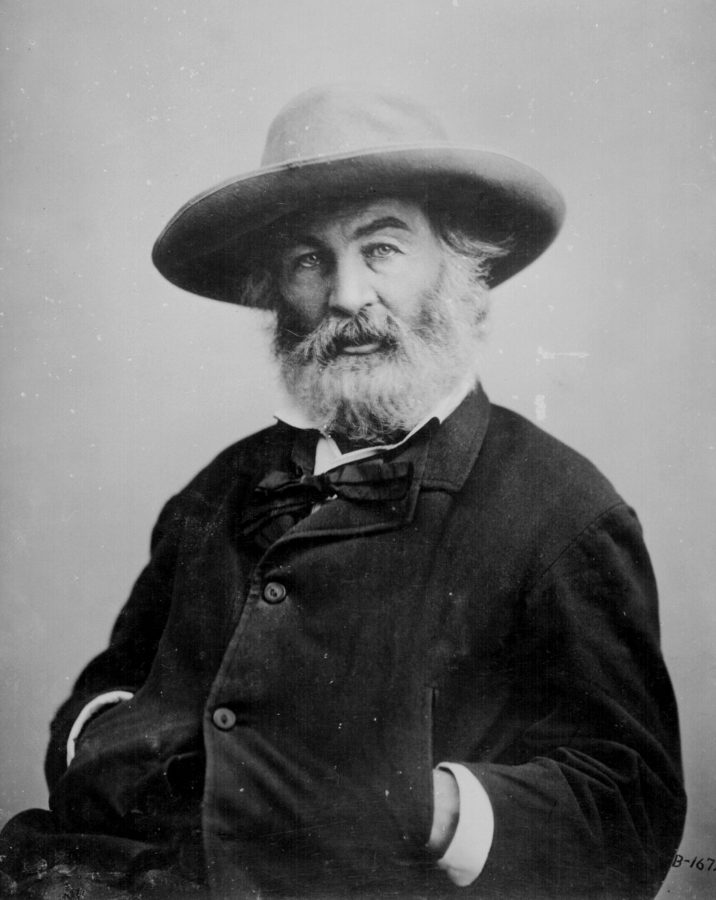 Twenty-five years ago, Walt Whitman’s poems were scattered throughout libraries across the globe. Now, someone doing a dissertation about Whitman can Google the Walt Whitman Archive and find a complete description of his life in two minutes.

Kenneth M. Price is one of the co-founders of the Walt Whitman Archive, a collective of Whitman’s work and life history. On Sept. 24 Price came to Wake Forest to discuss his efforts in maintaining such a large archive and the effect of digital archiving in the recognition of this famous American poet at a talk in the Z. Smith Reynolds Library.

“Digital archives are emerging in a time of change in both technological practice and capacities,” Price said as the audience stared up at a projected image of an archived edition of Whitman’s Leaves of Grass, the author’s most famous work.

There was a mixed crowd of undergraduate students, English faculty and ZSR staff in attendance. Notable guests included the dean of the library, associate dean of the library and the English department chair. Price prepared his speech to educate attendees of all disciplines by focusing on the prevalence and advantages of digital archives through his story of maintaining his Whitman archive.

The ZSR Library contains a vast collection of digital archives outside of the literature major through its Special Collection and Archives department. The archives range from a university yearbook collection to a World War I collection, so many different academic majors benefit from using the ZSR’s digital collection of archives.

Price said one of the most important benefits of having a digital archive is its collaborative element.

“Users can comment on or contribute to the resources they are consulting,” Price said.

In the case of the Walt Whitman Archive, Price was able to receive several of Whitman’s letter and marginalia from a large social network of contributors and outside sources. Collaborative efforts allow for archives to gain a larger scope of documents and, in the long run, a bigger collection covering the subject at hand.

Another advantage of digital archives is being able to study a complex subject holistically and conveniently. The Walt Whitman Archive, for example, contains all six editions of Leaves of Grass and many of its marginalia in addition to modern annotations. It allows the reader to paint a fuller picture of Whitman’s life.

Anne Boyle, one of the attendees of the speech, is a professor of English at Wake Forest. One of her areas of interest is 19th century American literature so she had known a lot about Whitman prior to the talk. She found the convenience of digital archives something she wished she had during her time in graduate school.

“When I did my dissertation research in graduate school, I had to travel to Rochester to Princeton and to Chapel Hill to get sources … digital archives allow free and easy access to the best collections,” Boyle said.

Boyle teaches Whitman’s works in many of her English courses, including her English 175 class about American literature. She had learned through the archive several facts about Whitman’s work life as a clerk, new facts she hadn’t known about him despite having studied his work extensively.

Several undergraduates with majors outside of English were in attendance at the event in hopes of learning more about the importance of digital libraries in their own academics.

Jenny Hua, a senior communications major, didn’t have much prior knowledge about Walt Whitman or archiving before the talk but had learned that digital libraries could be an important asset in her major.

“I think digital archives are important in bringing history and literature to a modern-day audience,” she said.

“They’re important for more convenient preservation even for documents in the science fields,” he said.

Students can access a list of over 60 local and national archives by visiting the special collections and archives page on the ZSR website. The Walt Whitman Archive can be accessed through whitmanarchive.org.