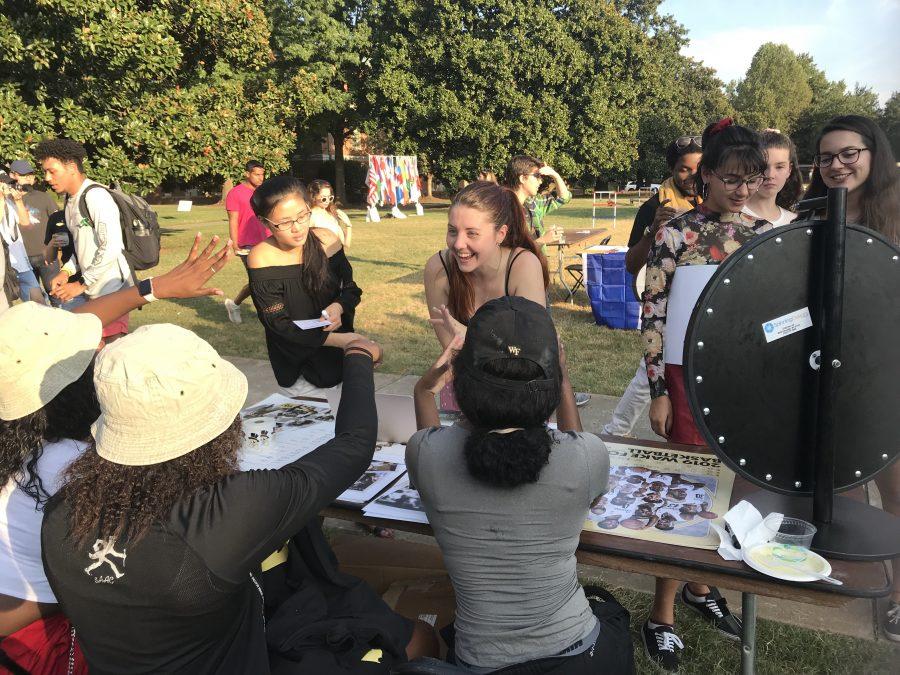 The opportunities for interactions between students and student-athletes might be limited at most Division I schools. Attending a school like Clemson does not guarantee you will bump into Trevor Lawrence and being at Duke last year did not mean you would be able to play a pickup game with Zion Williamson.

“[Currie] was getting the poll on campus about how everybody was feeling. He came away with the conclusion that we were lacking connection on campus between students and student-athletes, between faculty and staff, between students and staff,” said Brooke Thomas, faculty advisor for the Student-Athlete Advisory Committee (SAAC) and a former Wake Forest student-athlete. “There were just so many areas of silos that people were just operating in their own circles.”

In an attempt to solve the lack of connections between students and student-athletes, SAAC worked in partnership with the Athletic Department to launch the Forest Fridays project. The initiative consists of monthly events that provide an opportunity outside of the classroom for interactions between students and student-athletes.

“Our first event we did in late June, during the first summer session. We did that in front of Poteat [Hall]. We had a Kona Ice truck and an Italian ice truck come out. We had music going on. President Hatch was there. It was a really great experience,” said SAAC Co-Vice President and track & field athlete and senior Kaleb Bryant. “We tried on a small scale where we could get everybody. All the summer students were staying at Poteat anyway. It was just to have something where people could come, get connected, have a little fun and, you know, blow off some steam at the end of the week.”

During the World Culture Festival on Friday, Sept. 27, SAAC partnered with the Intercultural Center to have a table at the event and promote the Forest Fridays initiative. Students could get a glimpse of what future Forest Fridays events would look like and sign up for an emailing list to stay informed about the latest projects developed by SAAC.

Bryant emphasized that although SAAC is primarily focused on improving the college experience for student-athletes, Forest Fridays was created to be a space for all students on campus. The events are purposefully designed to not have a main topic of discussion or attraction in order to foster organic conversations between students and student-athletes.

“The way [SAAC] wants to build connections is through authentic, genuine experiences. They want to hang out. They don’t want to sell you on anything. They just want to come out and have authentic, genuine experiences, so that we can get to know each other better,” Thomas said. “As we build, as we grow, we think there will be some genuine connections out of [Forest Fridays], so that when [the Wake Forest community] is going to have a conversation, we have a baseline of connection.”

During the World Culture Festival, 92 students have shown interest in attending future Forest Fridays events. SAAC will be partnering with the Office of Diversity and Inclusion to host a campus-wide Unique Deac Day on Oct. 24. Among the activities, the event will have a station for students, faculty and staff to express what makes them unique. The Unique Deac Day will also serve to raise student awareness for the next Forest Fridays that will occur the following day on Oct. 25.

“Something as little as food trucks and beignets. [For example] over the summer, when we had our first Forest Fridays it was over ice cream. Just having a way for us to start that communication [between students],” said SAAC Secretary and women’s basketball player Ona Udoh. “In that way, when we have other talks like diversity matters talks, it is not just random people that never met before. We will all know each other and we will all be on the same page.”