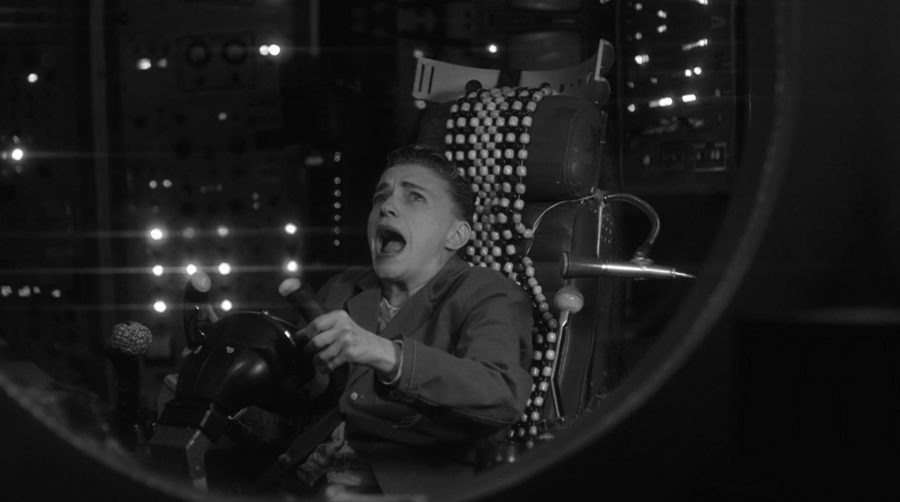 Adult Swim is known for giving air time to surrealist and existential comedy shows that push the boundaries of what you can do in a limited amount of time, and Dream Corp, LLC is no different. It follows the story of Patient 88, an employee at a neglected dream therapy clinic in which you enter your subconscious, during his treatment for erectile dysfunction.

The show utilizes live footage and puppetry for scenes in the real world, and rotoscope animation for scenes in the subconscious, leading to a gorgeous mix of styles that could only come out in a show like this. While season one was maybe not as amazing as it could have been, it’s season two that makes it all worth it (season one being only six episodes, each running 11 minutes).

The show gives itself a bit of a reset button, quickly addressing the unsatisfactory ending of season one and diving right into where the show should have gone, taking all the good parts and shedding all the bad. With each episode running 11 minutes and the final episode running a little under 20, you might imagine that there is little time for character development. You would be wrong. Each character is given much greater depth, and the ideas explored make it feel like watching an episodic art-house film series.

Episodes explore everything from the root of deep-seated mental issues to what it means to be human to the relationships between people that you can’t pinpoint. While the show is classified as a comedy, it has episodes such as “Pickle Trip” that, while humorous in nature, find a spot as more than just a normal episode of television, leading the viewer on a drug-induced visual puzzle that ultimately ends in the character being just as lost as before. The visual effects are extraordinary, and the way the episode was shot looks as if the director and cinematographer were flexing in the best way possible, leading to one of the finest shot episodes of TV I’ve seen in a long time. The existential thought that goes into the show is something to be appreciated, a twisted blend of searching for meaning and finding it everywhere on the surface and nowhere once you dig.

The supporting cast of characters are the anchors of the second season, giving 88’s struggle the spice you would expect from a comedy television show, filling archetypal roles and then flipping them on their head from time to time. Everyone on the show suffers from something bigger, and that something is addressed somewhere in the show, making each of the characters likable in their own way, despite an all-around lack of moral priorities.

While the first season of the show works to lay the groundwork for the second season, it’s the second season that grabs what it was given and really runs with it, taking what might be an average premise and making it something much much more than just another comedy show.