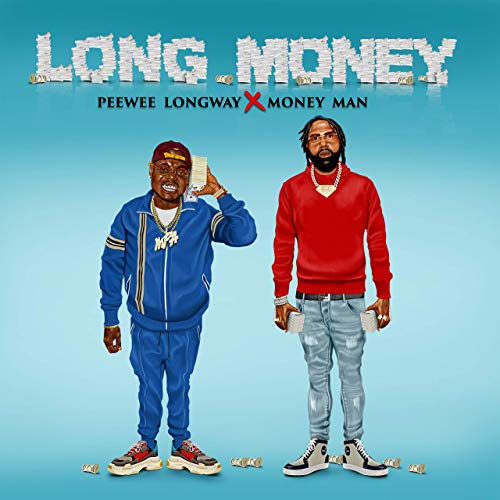 If there was one word to describe Long Money by Peewee Longway and Money Man, that word would be inconsistent. However, there are times when this 20-track album finds its groove and the playful and simplistic production match fantastically with the flow that Longway or Money Man are dishing out.

The best track on the project is easily “36,” which has Longway rapping over a traditional trap beat. The best part about this track is that its not deeply lyrical, and it embraces the booming bass and party-like flow. “36” is the ninth track on Long Money, and it is an amazing breath of fresh air. Longway and Money Man have this issue that many of the songs on this album have very relaxed and melodic beats. This is a really unfortunate problem because when the songs are more fast-paced and Longway is allowed to go off with his flow, this project becomes fantastic.

Focusing again on the overall production on the project, original and memorable beats are a beautiful rarity. The chill and melodic beats overstay their welcome on a lot of tracks. The tracks primarily featuring Money Man seem to be afflicted with this issue. Most of them have an acoustic guitar as the primary melody, with Money Man doing his best to rap over the beat. His voice and flow just do not match with the vacation vibes that some of these beats evoke.

That’s not to say that the album is not a trap album, as it very much is. If this album was 12 tracks instead of 20, it would easily be an above-average album. It seems that Longway and Money Man realized that they wanted more songs in their album and added more melodic beats and tracks — songs that unfortunately will be skipped every time.

This being a trap album, the lyrical content is the typical fare: drugs, expensive clothes, expensive cars and women. Longway has some rather clever wordplay at times, but mostly nothing to write home about. It’s so strange to say, but if this project went even more basic and completely bought into being a trap album, it would fare so much better. The problem is that the duo seem scared at times to embrace their averageness. And unfortunately, by trying so hard to be original and unique, the project becomes repetitive and bland. It’s hard to really pin down a rating for this album, because at times the hooks and beats are so darn catchy, but then at other times it is a complete slog to get through.

This album deserves a 5/10, average with great spotlight moments that are weighed down by filler. Maybe just listen to the tracks “Fragile” (feat. Jackboy), “Back Stroke” (feat. Young Dolph), “36,” “Still Hustlin’” (feat. Kamaiyah) and
“What U Doin’ Wid it.” Hopefully Longway’s next project has more great tracks. Money Man should maybe give up on the melodic flows.