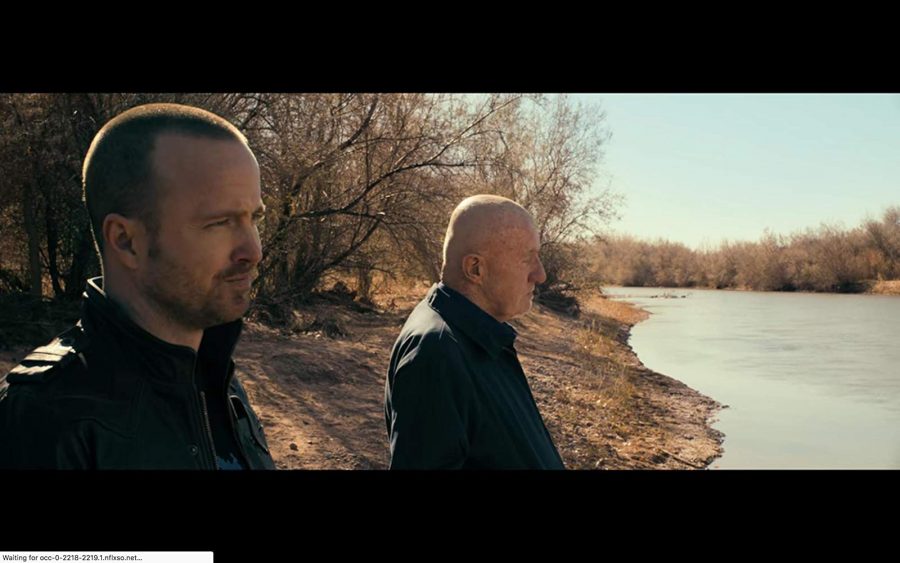 This past summer, I made a constant effort to watch what people called “the best show ever to be featured on Netflix,” Breaking Bad, with the thought process that I could catch up to ultimately experience the Breaking Bad movie El Camino, which came out this past week. Even though I watched the Netflix series over five years after it started, I was still able to appreciate the true excellence of the character development, impeccable script and phenomenal acting.

Each and every one of these aspects, however, were completely thrown out the window when entering the realm of the well-renowned Netflix movie, with a rating of 94% on Rotten Tomatoes. Throughout the entirety of Breaking Bad, actors Bryan Cranston and Aaron Paul were an inseparable team no matter what obstacles were thrown their way. This, in essence, was one of several aspects of the show that contributed to the reputation it has today. The characters built off of each other’s emotions, and it was their tightly bonded relationship and passion for illegally making methamphetamine under the DEA’s nose that kept viewers intrigued and captivated.

In El Camino, Paul was the “star” of the show. I use the term “star” loosely because although he does a very good impersonation of a former meth cook on the hunt for vengeance and in search of a new and profound life, there is not much of a storyline. The “plot” can be summarized in just a few sentences. For instance, Paul’s character, Jesse Pinkman, is on the run and troubled by his past in regard to how he was physically abused. To resolve the situation and create closure for himself, he ventures out on a mission to steal money rightfully owed to him, which he utilizes to pay for a man to create a brand new life for him (including new identification, address, Social Security number, etc.) where he can live without fear of being caught by authorities. This simple storyline, seemingly suitable for a typical episode of Breaking Bad, was stretched into a movie lasting over two hours.

What was even more upsetting than anything else is that the famous Walter White, played by Cranston, was in the movie for approximately ten minutes. Both actors, Cranston and Paul, are great actors and display a great deal of talent in Breaking Bad. However, after this bond evolved over the course of the five seasons of the series, it was cherished close to viewers’ hearts. Even though it may have been an interesting thought to have Paul play the role of the lone wolf, it is this unbreakable bond between the two characters that resonates with the audience.

In addition to these points, there were several questions that remained unanswered following the ending of El Camino. For example, what happened to Walt, his cancer and his family? He had a decent portion of the original show and was not present in this show for one scene.

This movie, unfortunately, was an utter disappointment, as the storyline was simplistic, the character development reversed and numerous questions were left unanswered. While the exceptional series of Breaking Bad was strategically structured and written to instill a thrilling roller coaster of emotions and themes into the viewers’ minds, it seems as though this may have been yet another movie made for the sole purpose of profit.