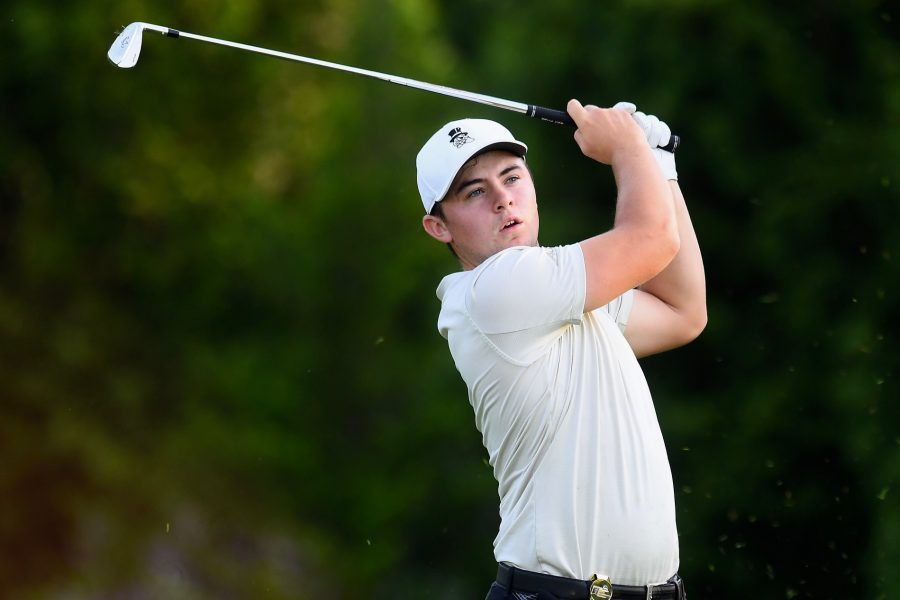 Sophomore Alex Fitzpatrick has already established himself as a stellar Demon Deacon golfer. Last year, the England native finished T-15th at the NCAA Championship, the best result by a Wake Forest freshman since 1986. He finished the spring season with 12 consecutive rounds of par or better, just one shy of the school record, and had four top-10 finishes. He’s kept this momentum swinging into this year, adding another top-10 finish to make the Deacs the runners-up of the Nike Golf Collegiate Invitational in Oregon earlier this month.  Fitzpatrick’s ultimate goal is to follow in his older brother Matthew’s footsteps by competing in the PGA Tour when he graduates. For now, he aims  to pursue studies in communication and to help lead the men’s golf team to more victories.

Lucy Nelson: You grew up playing golf in England and competing around the world. What was that like?

Alex Fitzpatrick: It was cool. I mean, I started off playing most of my tournaments near where I lived [in England]. And then as I progressed and improved, most of the tournaments were elsewhere. So I played around Europe, and then a couple of years ago I came to America for a few tournaments. You get to travel all over the world and see all the nice new places and cultures in the visits which is quite cool.

LN: Was the style of play different in England than in the United States?

AF: Yeah, the style at home (in England) is called links golf, which is basically right on the coast, so the courses are normally really hard and firm. And then there was lots and lots of wind, and that made it pretty tough. Whereas you come over here, and the courses are in unbelievable condition where they’re nice and soft, and you’ve pretty much always got the sun. It’s a big difference, and you have to adjust your game to the different styles and the different courses that you play over here.

LN: Who is your biggest idol in golf and why?

AF: The standard comment I would say would probably be my brother, just because he’s such a hard worker— he’s done very, very well for himself. And obviously, Tiger Woods would be one, just because of how unbelievable he was and how different he was to everyone else.

LN: Do you have any pre-match rituals?

AF: I have probably one — it’s a bit stupid — where I warm up with all the even numbered clubs. So like 8-iron, 6-iron, 4-iron, 2-iron, rather than just going through every club in the bag; I only use them.

LN: How has the season been going so far?

AF: This season has been really good. As a team, we’ve won once and finished second twice. It’s a difficult one because the scores we shot would have won the tournaments last year, but I think we lost by one or two shots in the second and the third event that we played. But we’re doing really well as a team; we’ve got a really strong team, and then individually I’ve had two top-10s and then a not-so-good tournament, but I’m happy with the top-10s.

LN: It seems like there’s lots of talent all around this year. How would you describe the team dynamic?

AF: I think with the two seniors that left last year, it sort of left a commanding role [that needed to be filled]. They were the ones that everyone sort of looked up to. I guess as seniors, that’s your job. But it feels like this year everyone almost wants to be … not in charge … but to make a big role on the team. And I think it’s important because everyone wants to make an impact. I think we have a very strong chemistry within the team.

LN: What do you guys hope to bring to Georgia this weekend?

AF: Hopefully a win for the guys, as an individual and as a team. It’s going to be a long couple of days, and it’s going to be a tough course, so I think as long as we’re prepared and focused we’ll be just fine.

LN: What are you working on individually?

AF: My biggest problem with my game is my thinking. I’m trying to improve my decision-making on the course and being organized. There’s a few little things in my swing, but you get to a stage where you start to understand your swing so well that you almost know how to fix it yourself. So I think the biggest thing for me is mentally making sure I’m ready to go on that first day.

LN: What are your golf goals for after you graduate?

AF: I think after I graduate it would be turning pro — that would be the sort of ideal situation. However, it’s always good to have a backup, especially from a university like this, where if it wasn’t to work out, then I know I’d be okay for a little bit. And I have the connections to meet people and to look at various other options. But the idea would be to go pro and see where I go from there.